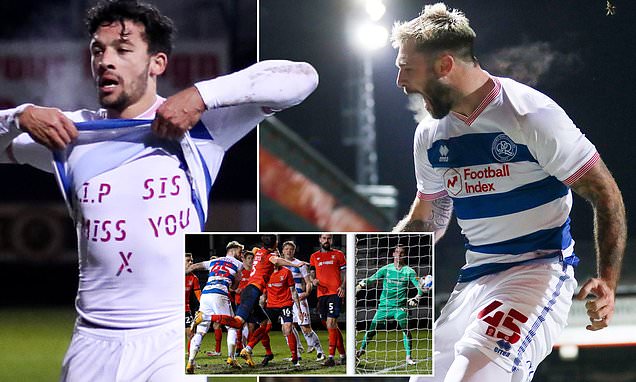 Luton 0-2 QPR: Charlie Austin scores on his return to the Hoops before Macauley Bonne gets a second late on to seal win for Mark Warburton’s men

The on-loan striker has returned to the club he helped into the Premier League in 2014 before scoring 18 top-flight goals the following season.

And it seems West Bromwich Albion’s loss will be QPR’s gain as his 39th-minute opener at Luton ended a 10-match winless streak. Substitute Macaulay Bonne tucked home a late second on the breakaway to seal it. 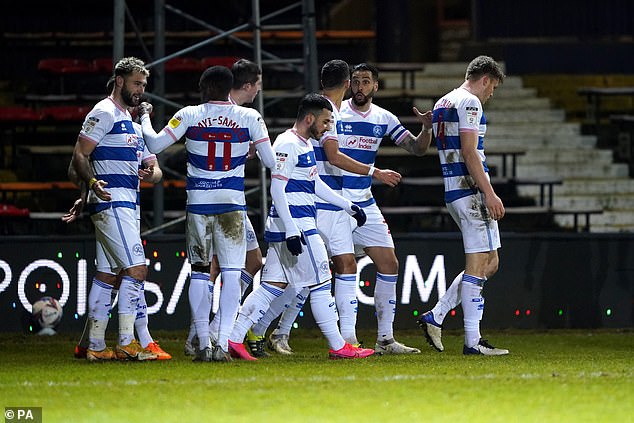 Austin has rejoined to supply the goals that have been such a precious commodity this season as Mark Warburton’s side languish down the bottom end of the Championship.

His headed goal here undoubtedly alleviates some of the pressure on the manager amid speculation over his future, moving Rangers up to 18th and five points above the relegation zone.

They thoroughly deserved it, too, controlling long spells with their passing and possession, creating other clear chances and restricting a disappointing Luton mainly to pot shots from range.

Pelly-Ruddock Mpanzu did brush the outside of a post with one second-half effort but it was underwhelming from a team trying to look upwards to the play-off places.

QPR could well have knocked their west London neighbours Fulham out of the FA Cup on Saturday had they found more of a clinical touch and just five goals during their 10-game winless run told its own story.

So it came as little surprise that Warburton threw Austin in from the start here, having hailed the 31-year-old as a ‘proven goalscorer’.

The piped-in crowd chants at Kenilworth Road did little to create a spectacle initially and Luton – despite back-to-back wins over Bristol City in the league and Reading in the Cup – looked especially lethargic. 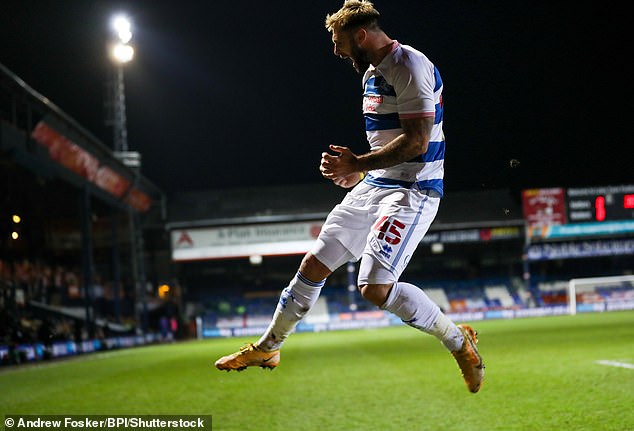 Rangers wing-back Bright Osayi-Samuel was soon finding joy down their left and an early attempted cross turned into a shot that Luton keeper Simon Sluga palmed out.

Austin was twice flagged offside in the opening half-hour after peeling away from defenders with one header from Yoann Barbet’s left-side cross forcing a save from Sluga.

The loanee striker was quick to applaud team-mates who looked for him with lofted balls from midfield and always willing to gamble on the shoulder of the last defender. 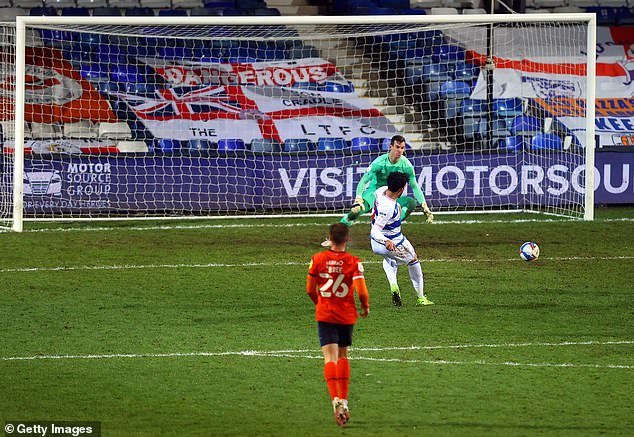 Macauley Bonne also got on the score sheet, slotting the ball past Simon Sluga of Luton

But it was his strike partner Lyndon Dykes who had the clearest opening prior to Austin’s opener. Slipped through, Dykes was pushed a little too wide by Sonny Bradley and his shot was saved by Sluga’s foot.

You sensed Rangers were much the more likely to break the deadlock and it came six minutes before the break and from a set-piece.

Ilias Chair delivered the corner to the near-post, where Geoff Cameron flicked the ball on and there was Austin, left criminally unmarked by Luton’s defenders, to nod home one of the easiest headers of his career. 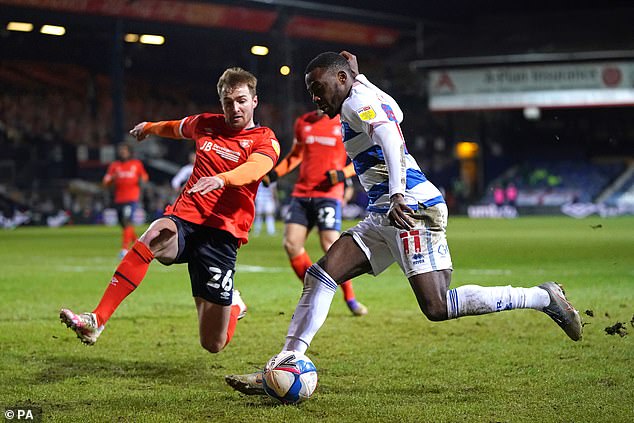 It was his first goal for the club since a late equaliser at home to Brighton in December 2015 and a welcome one for Warburton and his side.

Luton had been restricted to half-chances in the opening 45 minutes but they re-emerged no doubt with the words of Nathan Jones ringing in their ears.

Within 90 seconds of the restart, James Collins was through after Tom Carroll’s pass out of defence rebounded kindly but he shanked his effort wide with only the keeper to beat.

Jones became more and more animated on the sidelines as first Dann Potts and then Kiernan Dewsbury-Hall fired high and wide from decent shooting positions for Luton. 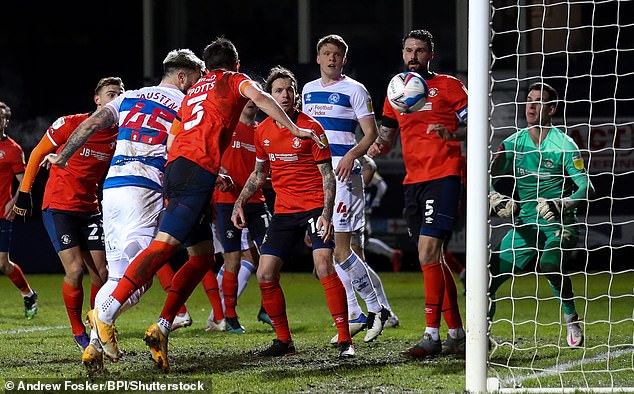 It was a simple enough goal for Austin, heading home from short range to get the lead

A misplaced pass by Glen Rea led to Chair being sent through on goal but the Rangers playmaker couldn’t get enough power on his effort to trouble Sluga.

Luton were creating more, however, and with 20 minutes left, Mpanzu created an opening for himself wide on the left and grazed the far post with Dieng beaten.

Jones threw on George Moncur, Luke Berry and Danny Hylton as a final throw of the dice with seven minutes left and Dewsbury-Hall forced Dieng into a low save with a curling strike.

Committing men forward looking for the equaliser, Luton were caught out in the final minute when Albert Adomah advanced down the right and picked out Bonne to curl low into the far corner. 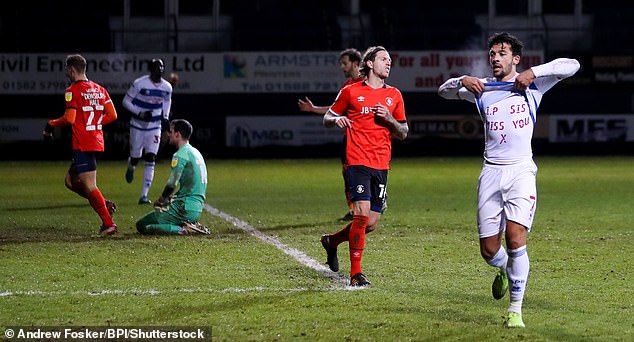