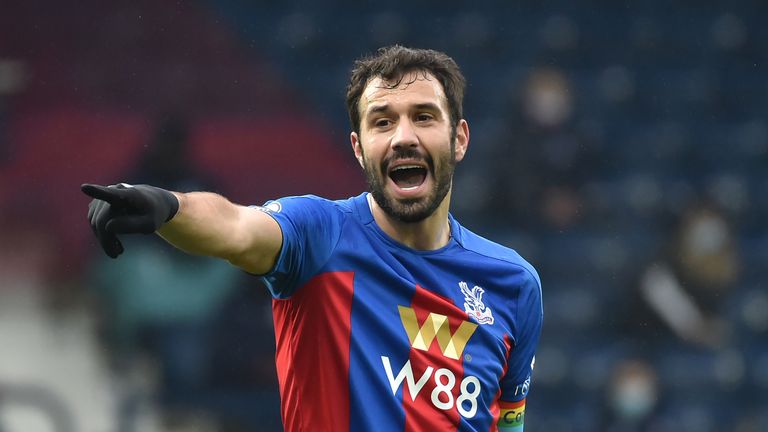 Pictures emerged on social media on Friday which showed the Serbia international with Fulham forward Aleksandar Mitrovic along with their two families on December 31.

With London in Tier 4 and household mixing not allowed, both broke Government guidelines regarding the coronavirus pandemic.

While disappointed with his skipper, Hodgson stressed he was right to pick the midfielder after both players returned negative tests for Covid-19.

“In that respect we weren’t concerned about breaching any Premier League protocols and therefore I think it was correct Luka played the game,” the Palace manager said.

“It was a question of him in his household having his fellow Serb Mitrovic round to join them, so that is a clear breach of coronavirus rules.

“We condemn it, we certainly apologise for it and I am sure Luka will as well. As far as I am concerned he must take full responsibility for that.

“It is an internal matter that we will deal with but as far as I am concerned there is nothing positive I can say on the matter.”

Hodgson insisted talk of stripping the 29-year-old of the captaincy or dropping him for the clash with Sheffield United was wide of the mark even though Mitrovic’s club Fulham have had a coronavirus outbreak which has forced their fixtures with Tottenham and Burnley to be postponed.

Meanwhile, a Fulham statement read: “Following reports regarding Aleksandar Mitrovic breaking Tier 4 restrictions and Fulham Covid protocols, the club is looking into the matter fully as it takes a breach of the rules extremely seriously. The player is aware of the club’s disappointment and of the standards that are expected of him. The matter will now be dealt with internally.”