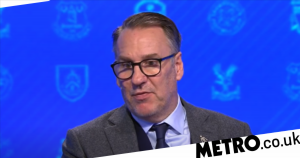 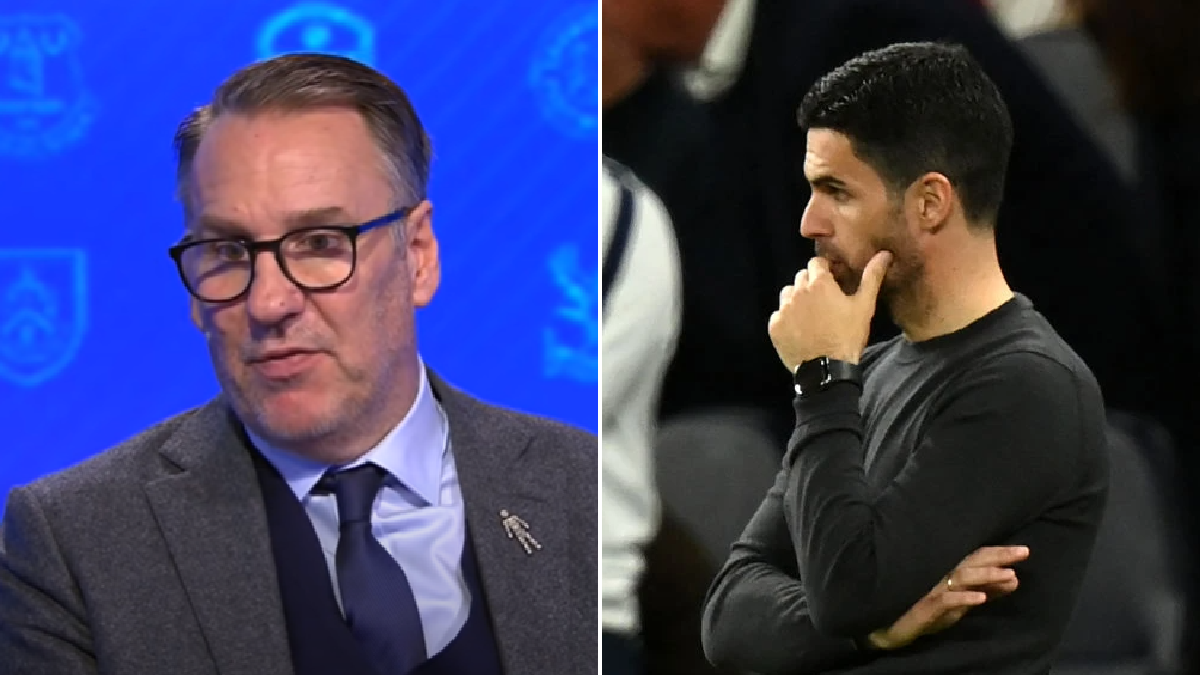 Paul Merson says Mikel Arteta went with the wrong tactical approach against Tottenham and is to blame for the north London derby defeat.

The Gunners suffered a potentially costly 3-0 loss at the Tottenham Hotspur Stadium as their chances of finishing in the top four were dealt a blow.

Spurs were awarded a controversial penalty in the first half after Cedric nudged into Heung-min Son, a decision which has divided opinion on social media.

Holding then received a second yellow card and was sent off for a foul on Son, before Kane netted his second of the game.

Son then wrapped up the victory early on in the second half, with the result meaning Antonio Conte’s side are now just a point behind the Gunners with two games left to play.

Arsenal did initially start the game fast, pressing Spurs high, but Merson feels they should’ve sat back and defended deep.

Writing in his column for the Daily Star, the Gunners legend slammed Arteta and insisted neither Holding or referee Paul Tierney are to blame for the loss.

‘He wants to be Pep Guardiola and play Pep Guardiola football all the time but he just doesn’t have the players. And that came back to bite him against Tottenham. I got sacked by Walsall for not being a very good manager but even I know how to play against Spurs.

‘I like Arteta but he’s not Pep. He hasn’t got Pep’s team. So play to the strengths of your team. It’s his biggest flaw. The gameplan he needed was obvious for all to see. But he got it horribly, horribly wrong. He had no pace at centre half with Holding playing there. So drop deep, play on the edge of your box.

‘Don’t give Harry Kane any space to drop into, don’t give Heung-min Son any space in behind to run into. Simple. But Arsenal did the opposite! Arsenal didn’t even have to win the game and they went out hell for leather with a high line and blew it.

‘Holding is not good enough. But I’m not blaming him. They should have given him a chance. Not make him defend a high line when he hasn’t got the pace. That’s why the red card came. One hundred per cent. Because he had to try and stop Son getting a run on him.

‘It was a stonewall sending off. Just bad decision-making by the manager. You come on to Tottenham at your peril. Manchester City did it, and Spurs did the double over them! Arteta lost the plot.

‘To come out afterwards and say the ref destroyed the game. No. He needs to take a look at himself because his tactics were wrong. He should have shut up shop and kept it tight. But that’s not pretty football is it? So we’ll just keep on doing what we’re doing because that’s how football should be played. Really?’