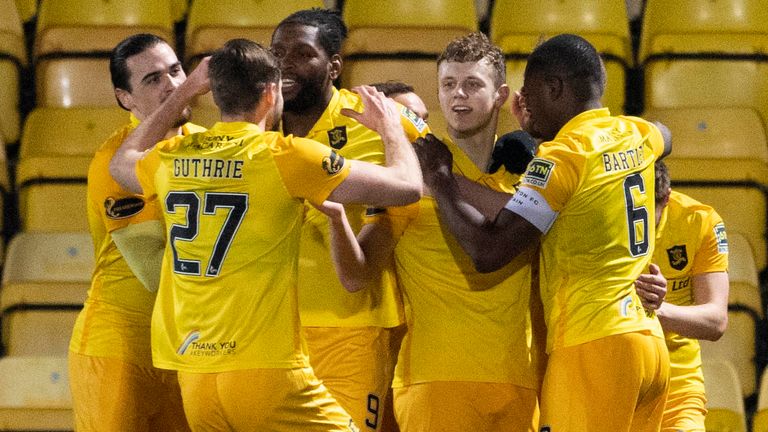 Report as Alan Forrest came off the bench to fire Livingston to a 3-1 victory against Ross County; The win is Livingston’s eighth consecutive win under David Martindale; County remain a point behind Motherwell and Hamilton at the bottom 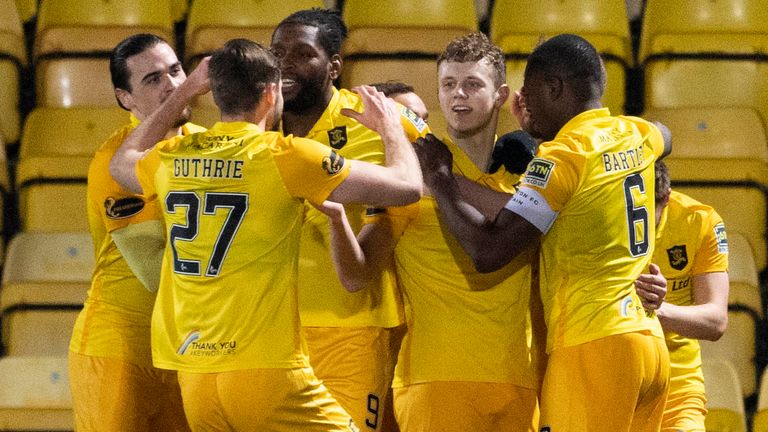 Alan Forrest came off the bench to fire Livingston to an eighth consecutive win under David Martindale.

Forrest put Livingston ahead with nine minutes left and set up fellow substitute Jack Hamilton to seal a 3-1 victory against Ross County.

Scott Robinson had netted his third goal in as many games to give Livi an early lead but Charlie Lakin levelled with his first Scottish Premiership goal.

Martindale had thrown Forrest on midway through the second half and his change paid off as the new manager continued his perfect start to life in the top job.

Forrest shot home in off Alex Iacovitti’s attempted clearance nine minutes from time after a smart exchange of passes on the edge of the box as Livi countered.

The former Ayr player then squared for Hamilton to net from close range days after being recalled from a prolific loan spell with East Fife.

The victory moved Livingston to the 30-point mark in fifth place while County remain a point behind Motherwell and Hamilton at the bottom after their first defeat in three games.

How Livingston continued their winning ways… The game had been put back 24 hours on Thursday to allow the artificial surface at the Tony Macaroni Arena to benefit from the thaw.

The hosts wasted little time in imposing themselves and took the lead in the ninth minute. Nicky Devlin’s ball down the right channel sent Robinson clear of the County defence and he coolly lobbed Ross Laidlaw from the edge of the box.

Livi looked sharp and hungry and Scott Pittman volleyed on to the roof of the net but County were level in the 28th minute.

Harry Paton forced his way in from the left and tried a long-range shot which fell kindly for Lakin, and the wide player finished inside the near post. 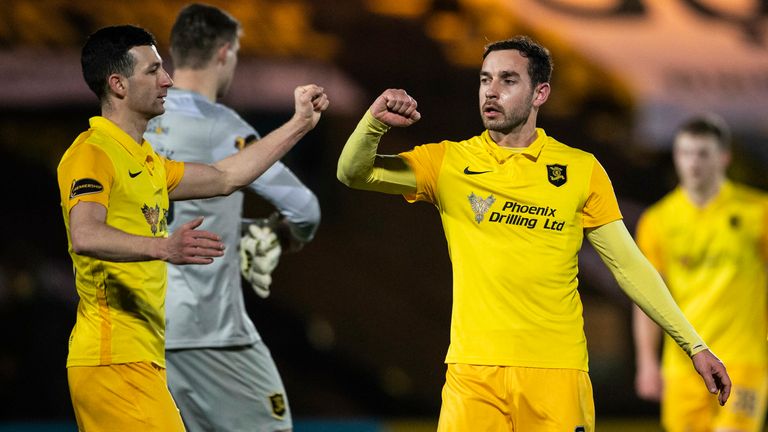 County boss John Hughes bawled at skipper Keith Watson not to run up the pitch to join in the celebrations and instead organise his team and the visitors soon created a great chance to go ahead. Jason Naismith’s excellent cross found Oli Shaw but the striker headed over from eight yards.

Livi came close just before the break when Craig Sibbald found Jason Holt’s run into the box but Coll Donaldson slid to clear the midfielder’s shot off the line.

Livi called for a second yellow card for Iacovitti after he fouled Devlin on the right wing but referee Alan Muir felt a free-kick should suffice. County dealt with the cross ball as they did with a series of others.

Iacovitti’s continued presence was not enough to stop Forrest as the winger collected Pittman’s short pass and fired towards the far corner with the defender helping the ball into the roof of the net as he tried to clear.

County had an excellent chance to level when a poor clearance fell for debutant Tony Andreu but the substitute shot weakly straight at Max Stryjek and Hamilton tied up the home side’s three points in stoppage-time.