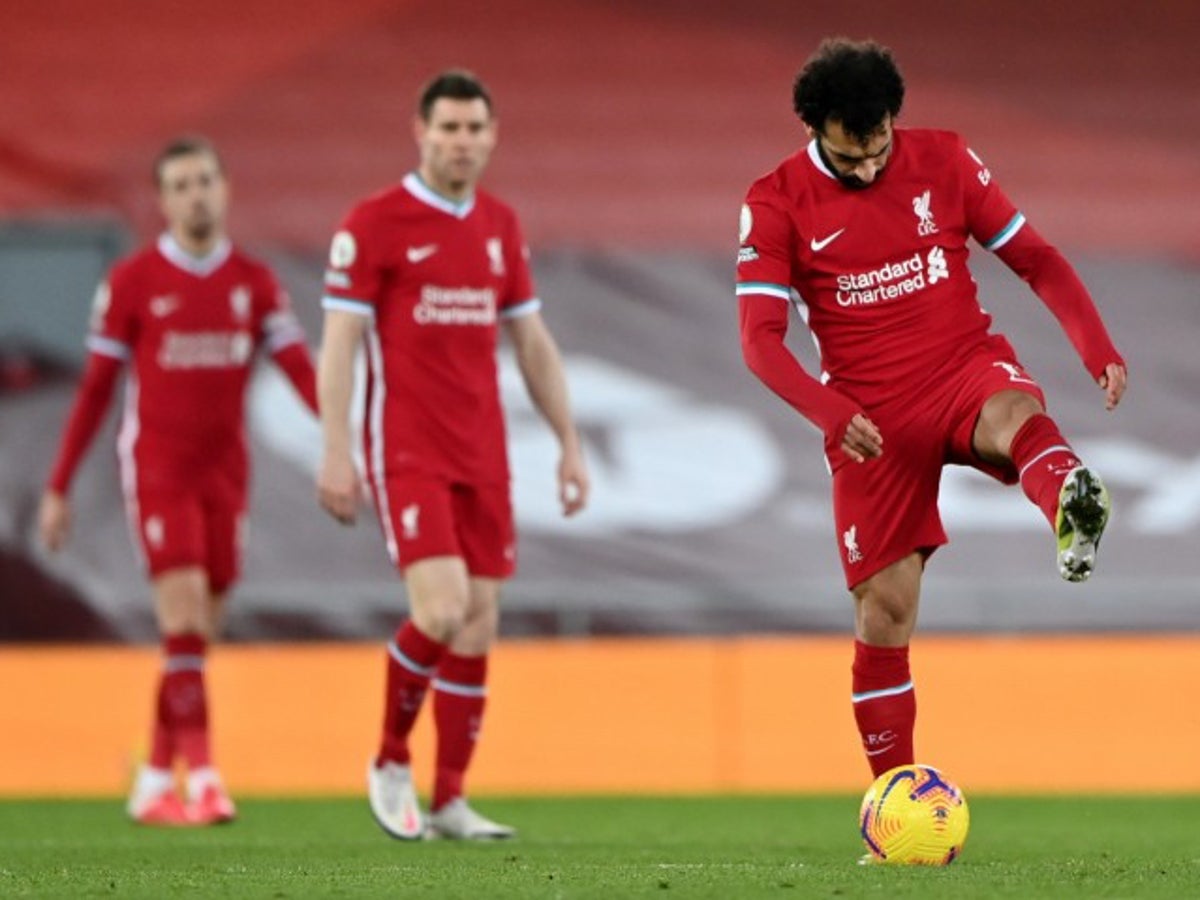 “Football is a game of mistake management” has been one of Liverpool’s mantras during the Jurgen Klopp era; an acknowledgement that errors will be made, especially if you are side that takes the initiative, so more significant is how you minimise and react to them.

In that context, perhaps the most instructive element of the defending champions’ 4-1 defeat to Manchester City was how much better the league leaders navigated their faults at Anfield.

Two minutes in, a poor kick from Ederson landed straight at Sadio Mane around 30 yards from goal, but the visitors had committed enough numbers to ensure there wasn’t any danger.

When Liverpool produced their most promising period of the clash, with the Senegal forward heading over after fine work from Trent Alexander-Arnold and Roberto Firmino’s volley forcing a save from Ederson, City replied by going more direct.

Raheem Sterling ran at Liverpool’s right-back and then Fabinho, whose trailing leg clipped the England attacker in the box. Even Ilkay Gundogan’s NFL treatment of the penalty, which he blasted into the banners on the empty Kop, drew a strong reply.

The visitors could have felt sorry for themselves and followed the ‘not again at Anfield’ refrain given three of their spot-kicks to completely miss the target in the Premier League have come against Liverpool (the previous two were Riyad Mahrez in October 2018 and Kevin De Bruyne in November 2020).

However, City returned from the break with a fresh system, going as Klopp put it “4-4-2, at least defensively so they changed the high press” and Gundogan got the opener.

The goal materialised from the same template as City’s spot-kick win: Sterling taking on Alexander-Arnold and profiting from it.

When Ruben Dias uncharacteristically botched clearing a long ball and pulled Mohamed Salah back to gift Liverpool a penalty, which the Egyptian converted, City dusted themselves off and went again.

John Stones had a goal disallowed for offside and Guardiola’s juggernaut cranked up the pressure. Alisson, Liverpool’s safety net and core to their success in the previous two seasons, morphed into a liability.

The excellent Phil Foden said City “definitely forced the errors, and that’s something we’ve been working on in training,” but what was astounding was how many times the Merseysiders repeated their flaws.

Alexander-Arnold continuously affording Sterling the freedom of the space he wanted to attack was one of them, but playing back to Alisson after he’d just erred was another.

The Brazil international had already given the ball away 20 seconds before it was sent back to him and he hooked a clearance to Foden, with Gundogan finishing off the move for City’s second.

That shambles still filled the air when Liverpool, three minutes later, had conceded another – Sterling was the goalscorer this time – after another stray Allison pass, straight to Bernardo Silva.

There was no mistake management from Klopp’s charges, only mistake magnification.

The manager conceded as much afterwards and Liverpool have all but conceded their defence of the title.

In truth, that happened before Sunday evening and all City’s victory did was emphasis the fact that no other team in the league can match them in the current campaign for defensive diligence, midfield balance and their ability to punish opponents in the final third.

They are on a 14-match winning streak across all competitions which shows no signs of abating.

Liverpool, meanwhile, have 27 fewer points than they did at the same stage last season. It is the biggest drop by any reigning champion at this juncture in English top-flight history, an unwelcome stat assisted by their unforgiving injury list.

The title is not their concern and has not been since mid-December, when the reality of a top-four tussle started to become more pronounced.

“Football is a game of mistake management” and Liverpool – in need of Champions League football – don’t have much margin for not reacting to their errors better.