‘For the club, Belgrade, Serbia and the whole region tomorrow is an important occasion’: Red Star Belgrade coach Vladan Milojevic believes his team are playing for pride against Liverpool… and he warns Reds to expect ‘fascinating’ atmosphere

Red Star Belgrade coach Vladan Milojevic believes his team are playing for the pride of Serbia at home to Liverpool in the Champions League.

A fortnight ago they were humbled 4-0 by Jurgen Klopp’s side in a rather ordinary performance at Anfield and defeat on Tuesday, coupled with a win for Napoli against Paris St Germain, would eliminate them from the competition.

Milojevic hopes home advantage, after playing two away matches in which their supporters were banned from attending by UEFA after incidents of pitch invasions and the setting off of fireworks, will help. 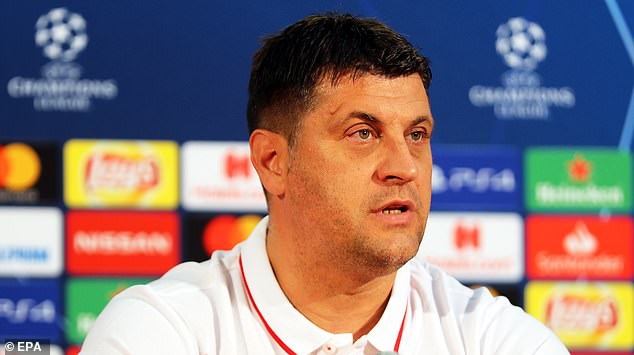 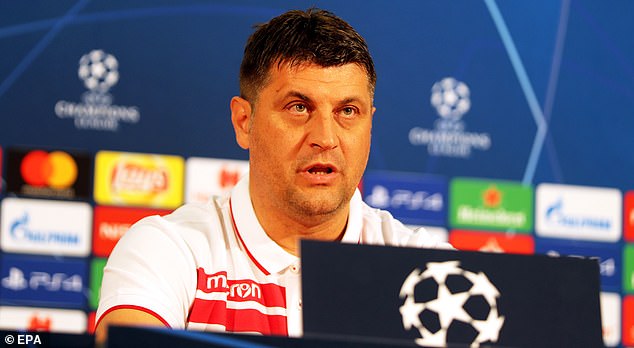 Liverpool are certain to face a hostile welcome at the Rajko Mitic Stadium – even without the non-travelling Xherdan Shaqiri, who was left behind so as not to inflame local tensions as the son of Kosovan-Albanian parents.

‘For the club, Belgrade, Serbia and the whole region tomorrow is an important occasion, and we are looking forward to a spectacle. We will try to make the best of the game,’ Milojevic told a press conference.

‘One of the best teams in Europe and the world comes to us. I think it will be a real spectacle in the stadium and an atmosphere awaits us that only our fans can create.

‘We know that we did not have the support of our fans for the previous two matches.

‘Everyone knows what it means to play at the Marakana (as the stadium is known locally), no one feels comfortable with it, and it puts wind in our sails, because the atmosphere is much different than at other stadiums. 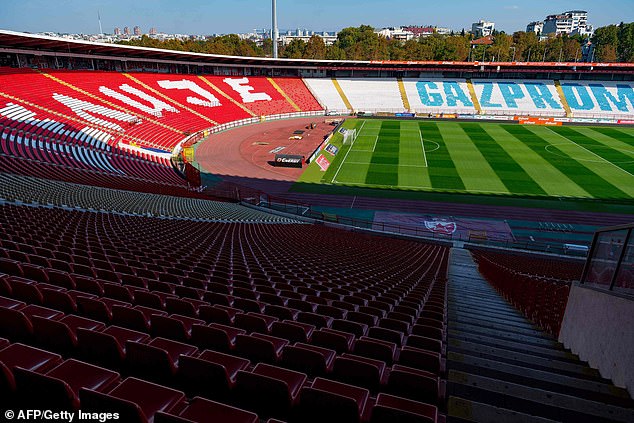 However, he also warned Liverpool to expect a ‘fascinating atmosphere’ at the Rajko Mitic stadium (pictured)

‘We get extra energy from the stands, and although this may not have much impact on the Liverpool players, I believe that this will be a fascinating atmosphere for them.

‘Liverpool are a favourite, no matter what. They are one of the main contenders to win the Champions League; the team is made to attack for the title.

‘We need to be concentrated all the time, because every pause and the smallest little thing is immediately punished.’

Red Star’s former Chelsea midfielder Marko Marin, back in the squad after injury ruled him out at Anfield, knows they have to be wary.

‘We know what awaits us; Liverpool are an extremely strong team,’ he said.

‘We can’t afford to attack all the time because the Reds are extremely dangerous on the counter-attack. It’s going to be difficult.’