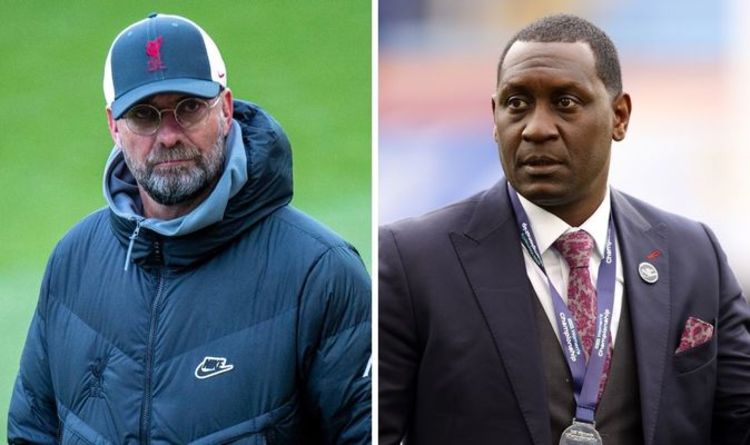 Liverpool: How much do they need Champions League football?

Liverpool will reportedly be in the market for an attacking player to bolster Jurgen Klopp’s options this summer and Emile Heskey has given his vote to who would be a “fantastic addition”. The signing of Diogo Jota last summer proved to be a masterstroke by sporting director Michael Edwards to bring in some much-needed depth up front.

While the Portugal international missed a chunk of the season through injury, he enjoyed a strong debut season at Anfield scoring 13 goals in all competitions.

Mohamed Salah, Sadio Mane and Roberto Firmino have been the preferred attacking trio under Jurgen Klopp.

But Mane and Firmino were below par this past season in front of goal and Klopp was unable to rely on the likes of Xherdan Shaqiri and Divock Origi to step in and help out.

Signing another centre-back was seen as the top priority at Liverpool heading into the summer transfer window. 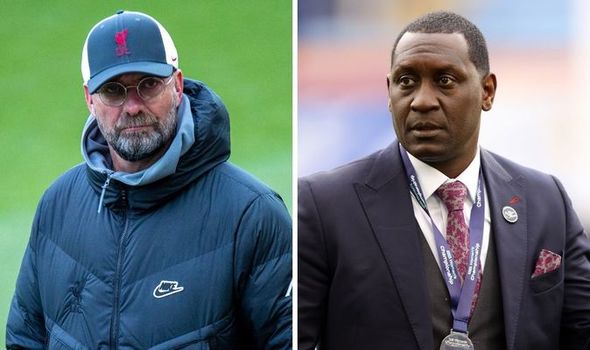 And that’s already been solved with Ibrahima Konate set to arrive from RB Leipzig on July 1.

Now attention will turn to bringing in another attacker with a host of players being linked.

Raphinha has been touted as a possible target after the Brazilian impressed in his debut campaign with Leeds.

Reports have suggested that Leeds would want £32million to let go of Raphinha.

But Heskey suggests the 24-year-old would be worth every penny were Liverpool to make a move this summer.

“Another great signing if he can come,” he told Rousing the Kop.

“He’s had a fantastic season. Granted that the Leeds way of playing excites everyone, so aggressive, so forward thinking, so energetic.

“When you see him play, he brings that spark, that difference and guile, the little bit of skill. He’d be a fantastic addition at a good age.” 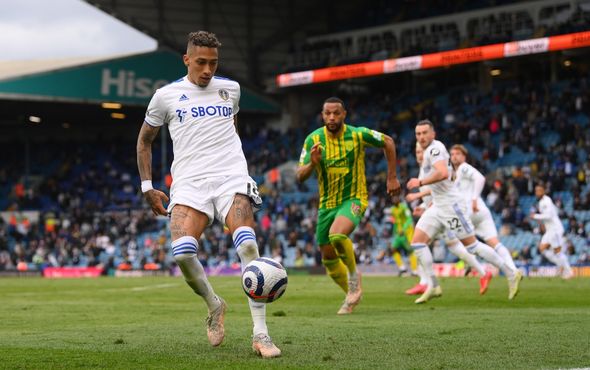 Raphinha addressed the speculation surrounding his future at Leeds last week, insisting he is happy at Elland Road.

“I have a contract for another four years and I don’t even think about leaving here for exactly this reason: I am happy and making others happy,” he said.

But Raphinha clearly has a good relationship with Liverpool’s Brazilian contingent.

“In Liverpool there is Alisson who is from the South too, so everything stays the same. There is still Fabinho, who is from the same place as Firmino and I,” Raphinha added.

“In fact, did you know that Firmino was the first guy who texted me when I came here? He’s a great friend.”