Liverpool can retain their Premier League title, but they must first complete two key pieces of transfer business. That’s according to Reds hero Jamie Redknapp.

Liverpool won their first title in 30 years last season and are favourites to be victorious at the end of the new campaign.

But Jurgen Klopp hasn’t done any major transfer business as of yet, but has signed Kostas Tsimikas from Olympiakos.

Redknapp, though, thinks Liverpool need a centre-back, having sold Dejan Lovren earlier in the window.

JUST IN: Jadon Sancho reveals one problem he faces as Man Utd step up interest 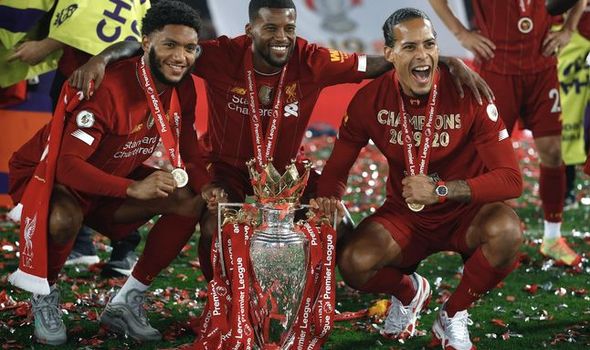 He also believes Liverpool should try to keep Gini Wijnadulm, regardless of whether they get Thiago Alcantara from Bayern Munich.

“I think they’re in a great position to win it again,” Redknapp told Sky Sports.

“History suggests you have to go out and sign one or two players to strengthen the squad.

“And I think people have said that in the last few weeks. ‘Why haven’t Liverpool maybe tried to get Thiago or get one or two players in to strengthen the centre-back area?’

“You’ve lost Dejan Lovren and that leaves you quite short with only Joel Matip, Joe Gomez and Virgil Van Dijk.

“Especially when Gomez has had injuries and Matip can’t always play the full season. 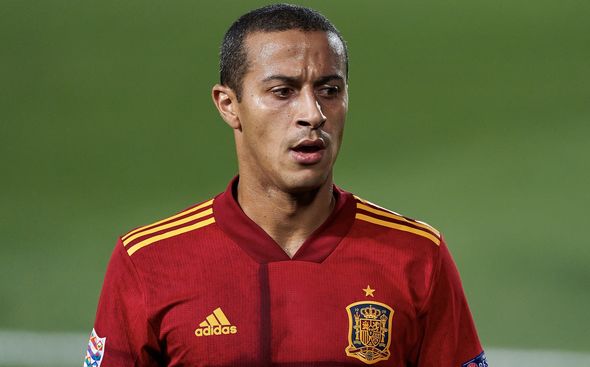 “Certainly in midfield, the Wijnaldum situation is one that needs to be resolved.

“I think personally you want to keep him.

“He’s such an important player for the team.

“He’s very talented, incredible energy and why would you want to let him go at the moment, unless you can get someone in who’s better?

“And I don’t see that many midfield players better in the world right now that can do what he can do.”