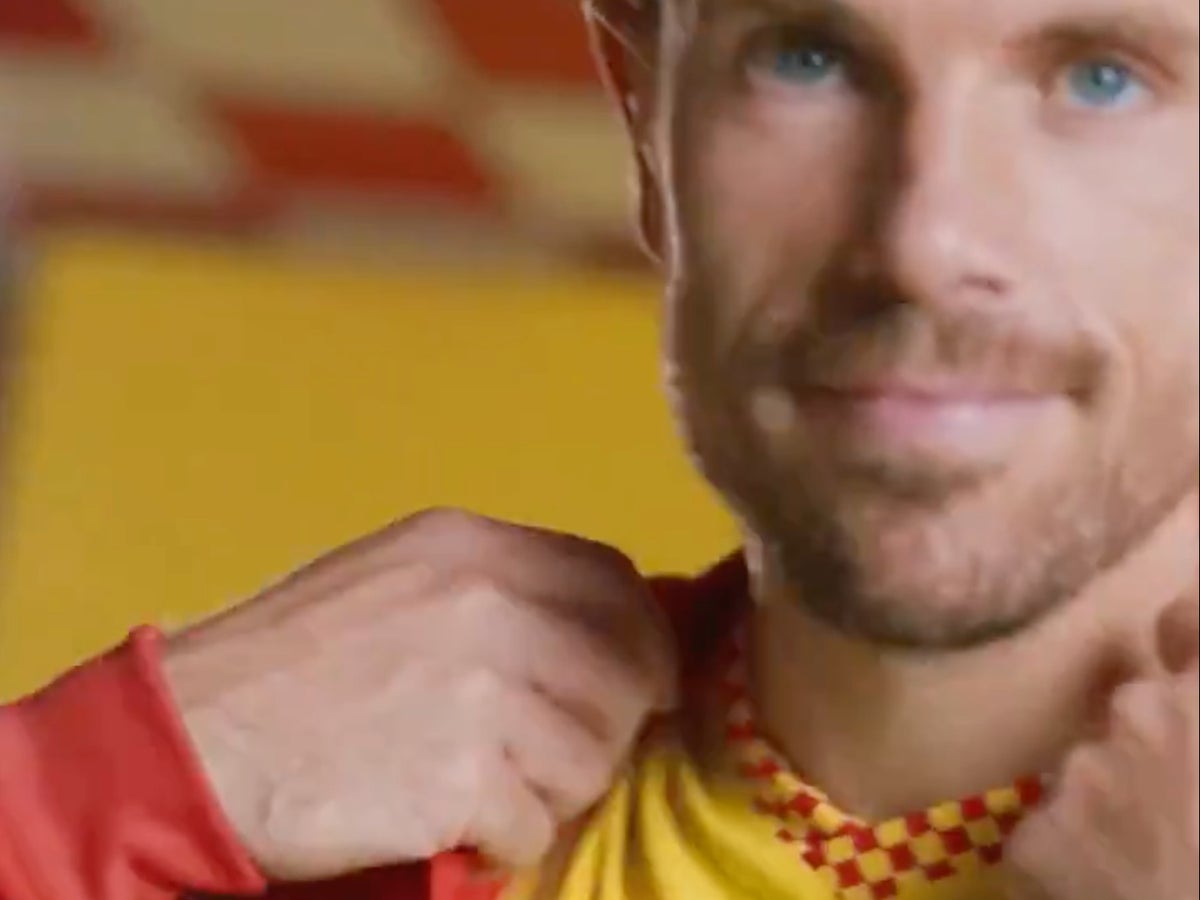 Liverpool have teased fans with a video of their third kit and announced they will be unveiling it on Wednesday at 8am.

The club revealed their home and away kits before the season got underway on 13 August. The video, released across their social media channels, included stars such as captain Jordan Henderson, Virgil van Dijk, Ibrahima Konate and Alisson Becker.

The video doesn’t give a lot away but what is clear is that it’s yellow with red trimmings which is similar to their 1980s Crown Pains away kit.

Liverpool will be hoping the third kit is as popular as their current men’s away one which sold out before the 21/22 campaign kicked off.

But so far it seems the fans aren’t enjoying what the kit potentially looks like.

One wrote on Twitter: “It actually is the McDonald’s kit f*s man its worse than warrior.” Another added: “No transfers and y’all give us a McDonald’s kit?”

And a third said: “I think this might be the worst kit we’ve ever had.”