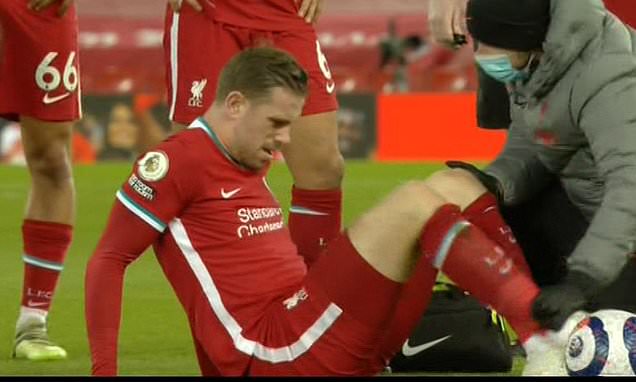 Liverpool suffer yet another injury blow as captain Jordan Henderson is forced off with a muscle injury in the opening 30 minutes of the Merseyside derby, meaning Jurgen Klopp has to use his 19th centre-back pairing this season!

Liverpool’s injury woes continued as captain Jordan Henderson had to be substituted in the first half of the Merseyside Derby against Everton.

Henderson was taken off in the 29th minute, with Nat Phillips replacing him.

The 30-year-old had to go off after suffering what a muscle injury following a tussle with Everton’s Abdoulaye Doucoure. 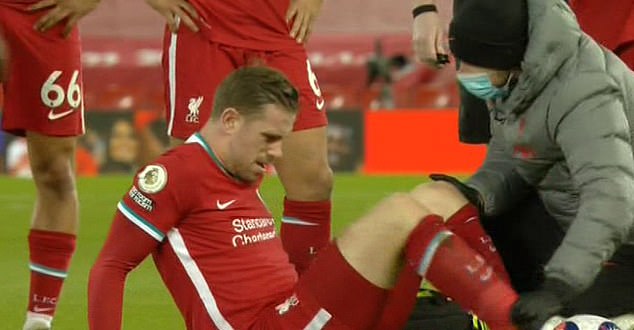 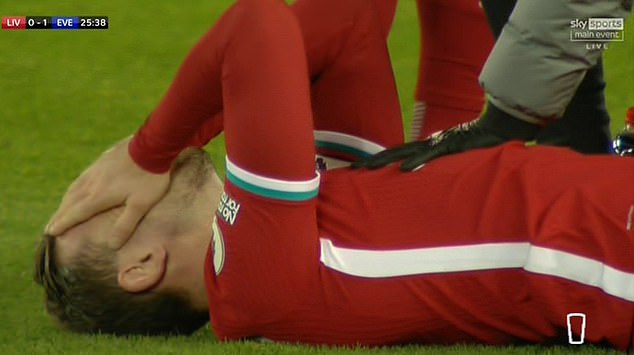 Henderson, who has been filling in at centre-back, was left in agony as he had to be taken off

Midfielder Henderson has been filling in at centre-back with Virgil van Dijk, Joel Matip and Joe Gomez all sidelined.

Henderson attempted to play on but was unable to do so, with Liverpool manager Jurgen Klopp having to make a substitution.

Phillips came on to play alongside Ozan Kabak, who joined on loan in January, with Liverpool having now fielded a staggering 19 different centre-back pairings this season.

Nat Phillips was brought on, with Liverpool fielding their 18th centre-back pairing this season

Fabinho, who has often been used at centre-back this season, is also currently out.

Liverpool named January arrival Ben Davies, who has yet to play for the club, on the bench, while youngster Rhys Williams has made 12 appearances this season across all competitions.