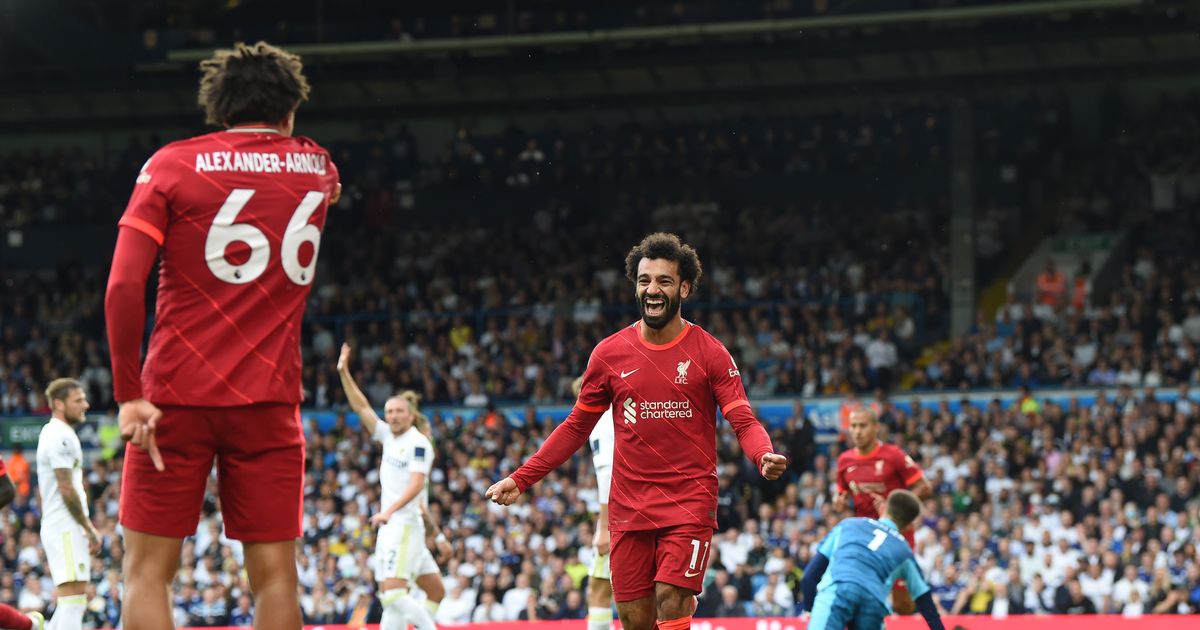 Mohamed Salah bagged his 100th Premier League against Leeds United on Sunday afternoon, becoming the fifth quickest to hit the milestone in history.

Salah just had to stick his leg out to latch onto the end of Trent Alexander-Arnold's cross for a simple tap-in.

The Egyptian has become the 30th member of a very exclusive club to hit the back of the net 100 times or more in England's top flight.

It's Salah's 162nd Premier League appearance, giving him a strike rate of 0.62 goals per 90 minutes.

Only four players have hit 100 goals quicker than the Liverpool star.

Alan Shearer hit the milestones in 124 games, while Harry Kane managed it in 14, with Sergio Aguero netting his 100th strike in 147.

Thierry Henry sits closest to Salah, with the Frenchman bagging his 100th in his 160th Premier League appearance for Arsenal.

However, also those ahead of him managed all their strikes for the same club – Salah, on the other hand, netted for Liverpool and Chelsea in his first 100 goals.

Salah's first goal in the English top-flight came against Arsenal not long after he had secured a move from Basel to Stamford Bridge.

Can Salah go onto to be one of the league's top goal scorers in history? Let us know in the comments section

After failing to break into the Blues side, and a stay in Rome, Jurgen Klopp lured Salah to the Premier League.

Salah has been the fulcrum for a rampant Liverpool side who claimed their first Premier League title since his move to Merseyside.