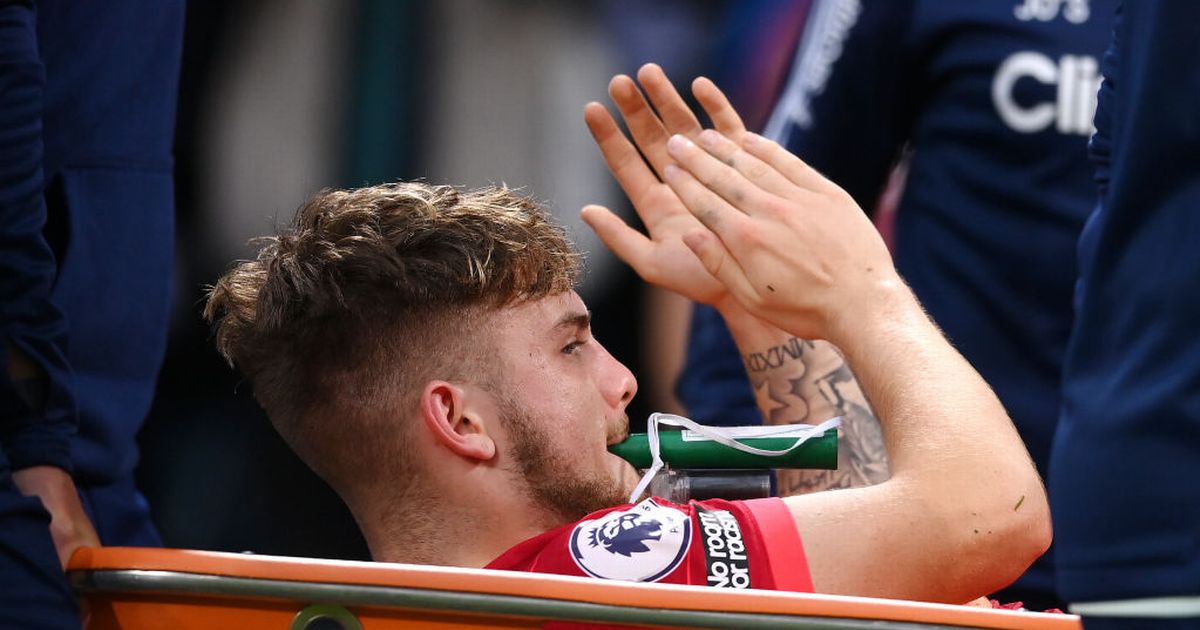 Harvey Elliott has been overwhelmed by the support he has received since he suffered a horror ankle injury against Leeds – and he has vowed to come back stronger from the incident.

The Liverpool teenage ace is set for surgery in the coming days after dislocating his ankle in the 3-0 win for the Reds.

Elliott, 18, suffered the injury in a challenge from Leeds defender Pascal Struijk, who was sent off and has since apologised.

The Liverpool midfielder said: "I'm of course absolutely devastated with what happened yesterday at Leeds, but have been totally overwhelmed by the love and support shown to me by the entire football world following the injury.

“Also a massive thanks to everyone inside Elland Road for the reception you gave me immediately after it happened.”

Elliott was given lengthy treatment on the pitch with his team-mates clearly uncomfortable at the sight of the injury in the 59th minute of the clash at Elland Road.

He was whisked to Leeds General Infirmary by medics, where he also gave his shirt and one of his boots to a young patient at the hospital.

Was Leeds defender Pascal Struijk's red card the right call? Give us your thoughts in the comments section

The former Fulham teenager will undergo surgery this week before the severity of the injury is really established.

It is a cruel blow for Elliott who had burst into the first team this season after a loan spell at Blackburn last term.

The young midfielder had earned rave reviews for his performances against Burnley and Chelsea before the international break.

But now he faces a lengthy time on the sidelines.

He said: "I am now fully focused on my recovery and will give everything in my rehabilitation to be back out there as soon as I can.

"I know I have an incredible support network behind me at Liverpool and together we will get through this.

"To all of the Liverpool fans, your support means the world to me. I'm one of you and I can't wait to be back faster, fitter and stronger to help the team in the future."