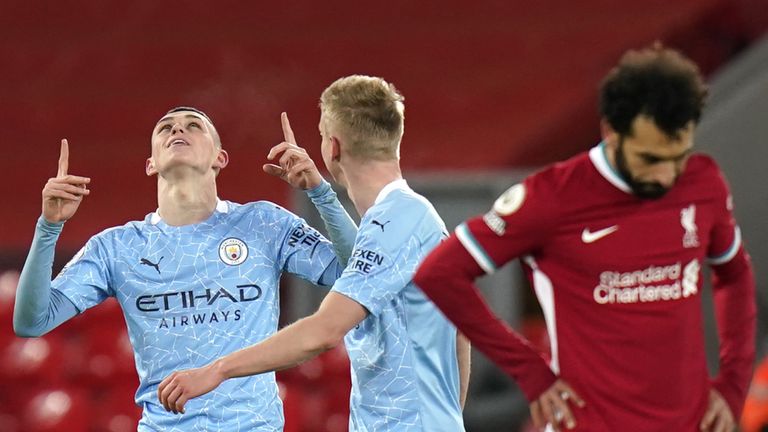 Neville on Liverpool’s floundering title retention: “You can’t go every single year, particularly for four years, it’s inconceivable with these players, the same players, a lot of the time out on the pitch, there’s going to be a dip at some point – and we’re seeing the dip.” 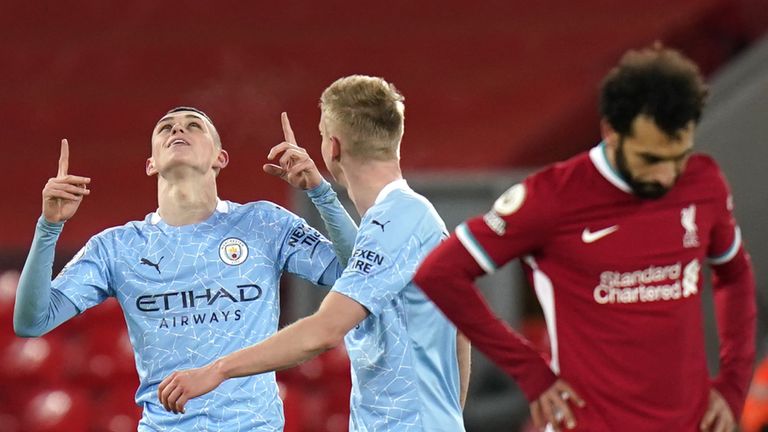 Gary Neville says Liverpool looked “absolutely mentally and physically drained” in losing to a Man City side who he believes will be crowned Premier League champions.

The Reds were thrashed 4-1 at Anfield in a third consecutive home defeat on Sunday night – the first time a defending top-flight champion has done so in more than 60 years – as their near four-year unbeaten run on home soil was left a distant memory.

With 23 games played, Liverpool now sit 27 points behind where they were at this point last season, have dropped 16 points from their last eight games and are closer to Arsenal in 10th than to leaders Manchester City.

“How many times have we come here and seen Liverpool out of the blocks, ferocious in that first half an hour? I think City had planned for that, and it didn’t come,” he said.

“Liverpool are, at this moment in time, nowhere near the team that has been absolutely exceptional for three years. I was light on Manchester City last year when they had that year off, having had three exceptional years of performance, and I’m going to be light on Liverpool this year.

“You can’t go every single year, particularly for four years, it’s inconceivable with these players, the same players, a lot of the time out on the pitch. There’s going to be a dip at some point – and we’re seeing the dip. It’s an alarming dip because they’ve been so exceptional, and they’re here at this moment in time.

“I don’t think it’s a desire issue – they just looked drained, absolutely mentally and physically drained. Like they’ve been run to the end.

“This is a place where they’ve been invincible for so long, and just never seen Liverpool anything other than positive here I mean, even going back to when we were winning the league at Manchester United, and you’d come here, they were always positive, they’re always front foot, and they’re just really tentative.”

Liverpool have played a noticeably less direct style this season, dropping their long passes per game by more than 10 per cent and almost halving the number of through-balls attempted.

Neville puts that change down to the confidence and conviction which played such a part in their incredible title charge in 2019/20 falling away this season, and not just personnel changes from the last campaign.

“They are playing extra passes and not being direct with their passing. That will point towards Thiago but it’s not just him, I think generally the players are being safer.

“Liverpool over the past three years have been breath-taking and they played with risk. The direct passing is not there. The risk is not there. The running isn’t there. And things aren’t falling for them. A number of things can happen all at once, injuries, it being a strange season, and it feels like a perfect storm in terms of what is happening at Liverpool.

“I don’t see it as a massive concern. Some will say that they are ‘one-season wonders’ but that’s not the right time to say these things. Liverpool have been great for three years and they need to reset in the next few months and go again.

“That’s what Man City did last year. City were awful last season [compared] to the standards [they] set themselves, but they’re now coming back to it, they’ve got a new motivated group they have found something with without a centre-forward.”

‘City will be champions’

Manchester City now top the Premier League table by five points, with a game in hand on second-placed Manchester United. They have won 10 of their last league games, conceding just two goals in the process.

On the back of their most comprehensive win of the season at Anfield, Neville pinpointed where he felt their campaign had turned on its head and left him believing they would regain the title Liverpool took from them last July.

“We have [seen the champions],” he said. “I keep going back to that Chelsea game, because that’s where it felt like it all started.

“Up until that point there were many questions that Manchester City had to answer. I said that Pep Guardiola, early on in the season, looked bored. At Old Trafford, the performance from Manchester City was so disappointing, because you’ve seen them play with such great skill and quality, and then they just seemed so boring that day.

“You looked at Pep on the touchline and he looked like he had just lost a little bit of his mojo, that he wasn’t there.

“So that to me just needs putting into perspective; we did talk about Liverpool’s injury problems, we know they’ve got problems at centre-back, their two most prominent midfield players are playing there, so that’s difficult. But City have got players missing as well, Kyle Walker has been an influential player and hasn’t played here.

“For me, we have seen the champions. Guardiola is an exceptional coach, and he’s doing it here again today with a team that is partly makeshift, without a centre-forward.”