Liverpool defender Andy Robertson has missed Scotland’s match against Slovakia with a hamstring injury, adding to the Reds’ defensive crisis at the moment. Liverpool will be sweating over Robertson’s fitness ahead of next weekend’s game against Leicester.

Robertson becomes the latest Liverpool star to suffer an injury in recent weeks.

The left-back joins Trent Alexander-Arnold, Virgil van Dijk, Fabinho and Joe Gomez on the injury list, and there are fears he could miss next weekend’s game.

The Scotsman had been one of the last senior defenders standing after the club’s injury crisis, but Klopp will now be fearing the worst after the latest update on the 26-year-old.

Speaking after Thursday’s win over Serbia, Robertson let slip that he had tweaked his hamstring during the game. 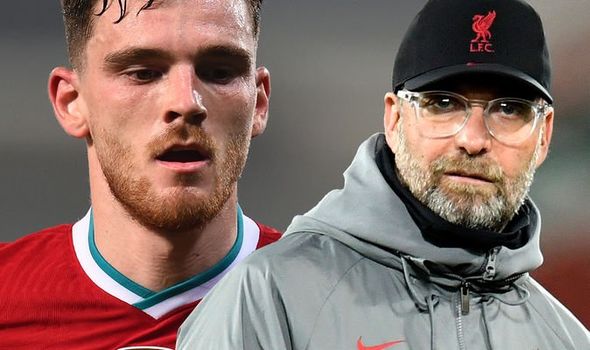 The game went to penalties, but the Liverpool ace didn’t step up, and revealed afterwards that he didn’t due to the injury.

Robertson said: “I think I was next or seventh but my hamstring seized up.

“Then in the second half of extra-time I had a bit of cramp, it was my left one as well so I was just a bit worried it was going to cramp up.

“The lads taking penalties were unbelievable and like I said, when Marshy’s [David Marshall] in goal you always back him to save one.

“What a night, it’s so hard to explain how I feel emotionally.

“There will be tears everywhere and these lads deserve it. Forget about me, I’m just the boy that’s so lucky to work in front of all of them.

“I lead them out but my god, the boys are something else out there. We are going to celebrate and we’ll look forward to the summer now.”

Robertson’s injury is unlikely to be as severe as Van Dijk or Gomez’s, however. 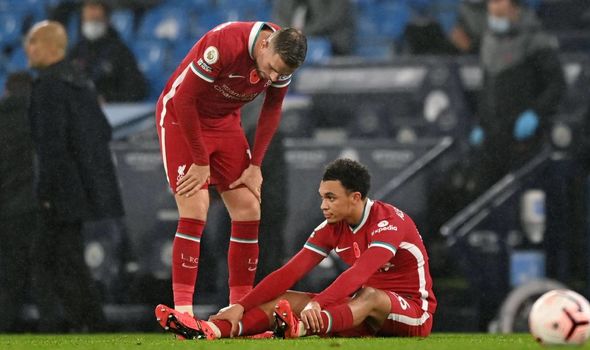 Both centre-backs are doubtful to return this season after suffering knee injuries.

Van Dijk is on the road to recovery after suffering an ACL injury and underwent surgery to fix the issue.

He is unlikely to return this season, and there are fears he could be out until after the European Championships.

Fabinho filled in for him at the back before suffering a hamstring injury, but he is expected back after the international break.

Gomez, however, then suffered an injury to a tendon in his knee, and the club confirmed they wouldn’t be placing a timetable on his recovery.

The Englishman underwent surgery and is now recovering, but it has been claimed he won’t be ready to play again before the latter stages of the campaign.

As a result of the injuries, Klopp is expected to name a makeshift defence against Premier League leaders Leicester next weekend as the Reds look to overtake the Foxes.

Youngster Rhys Williams is set to play alongside Nat Phillips at centre-back, while the club’s decision to sign Kostas Tsimikas as a back-up for Robertson will likely pay off as the Greek is ready to fill in.

At right-back, Alexander-Arnold is set to be out for another three weeks and is unlikely to be rushed back, meaning Klopp could rely on young teen Neco Williams.