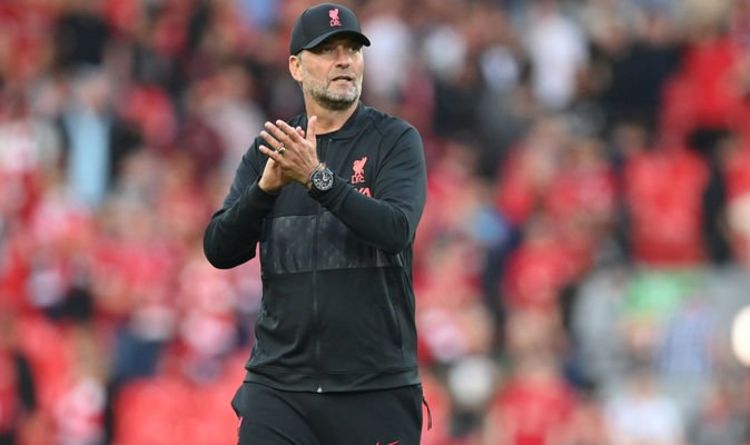 Liverpool are reportedly in a three-way tussle to sign Red Bull Salzburg wonderkid Karim Adeyemi. The German striker’s excellent start to the season has also attracted attention from Barcelona and Bayern Munich.

Adeyemi’s six goals in six games at the start of the new season has underlined the 19-year-old’s undoubted class.

And the forward, who made his international debut for Germany at the weekend, has been earmarked as Liverpool’s top transfer target, according to reports in Bild.

The striker, who scored seven league goals in his first full campaign in the Salzburg first team last season, is seen as a possible long-term replacement for Roberto Firmino at Anfield.

Liverpool’s relative lack of transfer activity in the summer has been criticised by fans, after centre-back Ibrahima Konate was the only significant arrival.

But reports of a long-term strategy to replace Firmino will be encouraging to Liverpool fans.

And Schwabl says that the player’s decision to reject earlier advances from Premier League clubs and develop in Austria should pay dividends.

“When he was 16, some clubs from England wanted to sign him. For example, some scouts from Chelsea came,” he told Goal.

“You should never take two steps at once. Salzburg is a good place for him, but also a club that doesn’t put any obstacles in the way of young players with suitable offers.

“The move to Salzburg was exactly right because it’s not too far away from his home in Munich,” Schwabl added.

“The closeness to his family is very important. He has a very good and stable environment.

“If he continues like this, I would say it will be interesting to see what happens in the spring.”

Firmino has started all three of Liverpool’s league games so far this season.

The 29-year-old is in his seventh year at Anfield, and has played over 30 matches in all six of his full seasons at the club.

Jurgen Klopp’s side return to action after the international break with a game against Leeds United away on Sunday.
Source: Read Full Article