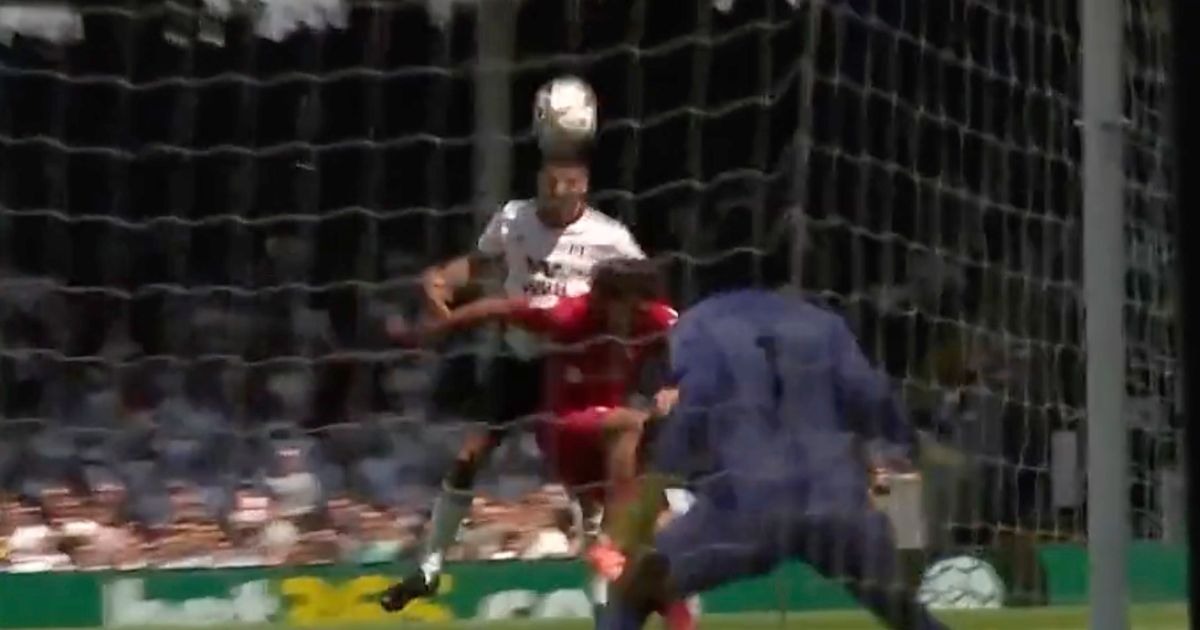 Liverpool fans piled in on Trent Alexander-Arnold after his mistake allowed Fulham to take the lead in their Premier League opener at Craven Cottage.

The Reds started slowly in west London and deservedly fell behind on 32 minutes when Kenny Tete's cross found Aleksandr Mitrovic who rose highest to head home. Mitrovic is as dominant as they come in the air, but he didn't face much competition from Alexander-Arnold.

The 23-year-old allowed the Serbian forward to bully him as he clambered on top of the full-back to power home past Alisson. Reds fans on social media were not best pleased with Alexander-Arnold's so-called defending.

One supporter used a series of crying emojis and said: "Trent in the mud again." A second person added: "Trent at the back stick will always be a liability."

A third user commented: "Woeful defending from Trent." While someone else joined in and said: "F*** that was awful play all round. No effort from Trent. Weak from Alisson. Absolutely embarrassing stuff."

Do you think Trent Alexander-Arnold is overhyped? Let us know in the comments section below.

Another fan chimed in with: "Shocking defending from Trent. We need to up our game. Hope Klopp tears into them at half-time." As someone else said: "Fully deserved absolutely shocking so far … Trent at back post again .. just not good enough."

Alexander-Arnold has come in for criticism in the past for his lack of strength when defending crosses, and that same old problem came home to roost for the Reds in the first half at Craven Cottage.

It summed up a miserable first half for Jurgen Klopp's side, who were arguably second best throughout. Despite their problems, the visitors still fashioned a couple of decent chances and would have equalised through Colombian star Luis Diaz, had Andrew Robertson not been offside in the build-up.