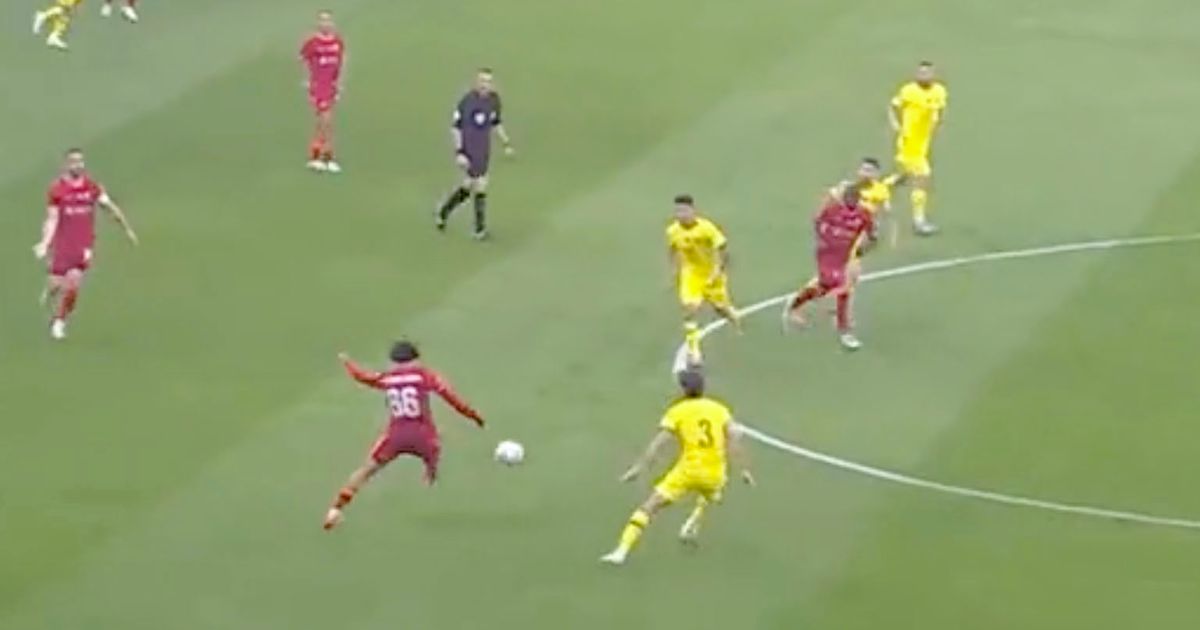 Liverpool fans couldn't get enough of Trent Alexander-Arnold's defence-splitting pass in the first half of the FA Cup final against Chelsea.

Alexander-Arnold is well known for his incredible range of passing. And the 23-year-old produced a ball right out of the top draw inside the opening ten minutes at Wembley.

The Reds full-back received the ball just inside his own half and played a wonderful first time pass through to Luis Diaz with the outside of his boot. The ball sliced open the Chelsea defence and allowed Diaz to go one-on-one with Edouard Mendy, who was equal to the Colombian's effort.

Chelsea just about managed to clear their lines as the scoreline remained at 0-0. Liverpool fans were frustrated that Diaz couldn't apply the finishing touch but praised Alexander-Arnold for his amazing vision and delivery.

One Twitter user said: "If they could just show this Trent pass on repeat from 100 different angles during the half time break, that would be great."

Someone else praised the ball through and used it as an opportunity to have a dig at Manchester City star Kevin De Bruyne, saying: "That Trent pass is unbelievable. Won’t be talked about though because he’s not called Kevin De Bruyne."

A third person added: "That Trent pass would’ve been one of the greatest assists of all time." While someone else commented: "Trent is a freak of nature. That pass was ridiculous."

Have you seen a better pass than Alexander-Arnold's against Chelsea? Let us know your thoughts in the comments section below.

"Contender for pass of the season from Trent," claimed another Liverpool fan. Others called the pass "filth" and said: "Trent is disgusting. That pass is filth."

Diaz wasted several chances to give Liverpool the lead in the first half as the two sides played out a 0-0 draw in the opening 45. Reds fans are also now sweating on the fitness of Mohamed Salah after the Egyptian went off injured on 33 minutes.