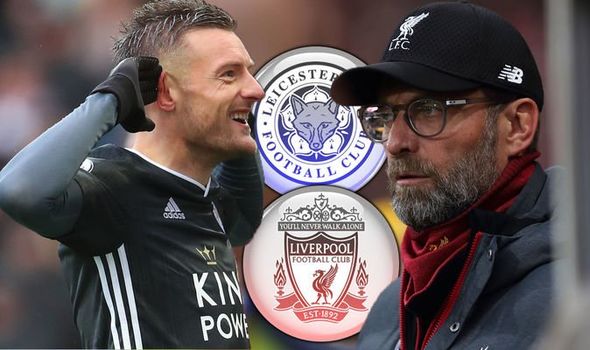 That was courtesy of their own 3-0 win away at Bournemouth, which sealed a 24th win from their last 25 league matches, before City lost 2-1 at home to rivals Manchester United later in the day.

The Merseyside club have won 15 of 16 games this term, drawing the only other match, to amass 46 points as they seek a new club-record tally to surpass the 97 they managed last term, which wasn’t quite enough for the title as City came out on top with 98.

It was expected City and Liverpool would once again duke it out for the championship in 2019-20.

But Brendan Rodgers’ Leicester are rapidly emerging as the biggest threat to Liverpool’s hopes of a first league crown in 30 years. 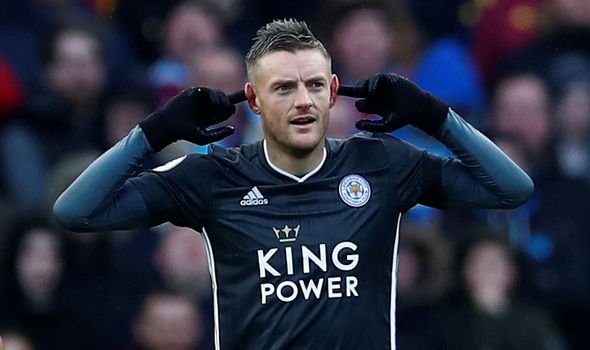 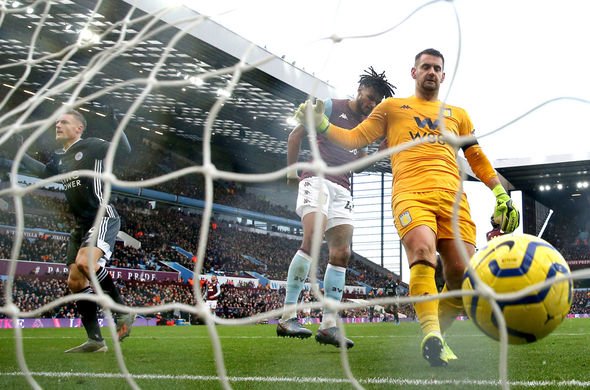 Since Liverpool beat Leicester at Anfield in early October, the Midlands club have now won nine in a row.

They defeated Villa at Villa Park on Sunday with Vardy once again on the scoresheet. He opened the scoring on 20 minutes before Kelechi Iheanacho doubled the lead.

Jack Grealish halved the deficit in first-half stoppage time but Leicester responded quickly after the break through Jonny Evans’ header.

And Vardy netted again with 15 minutes remaining to round off the scoring.

The former England international has now scored in every match that his team have won since losing at Liverpool, taking his tally for the campaign to 16 goals as he vies for a first ever Golden Boot.

He is looking to score in 11 straight Premier League matches for the second time in his career having done so in the club’s title-winning campaign three years ago.

And if he scores in Leicester’s next two matches against Norwich and City, he can match the fact against Liverpool at the King Power Stadium on Boxing Day. 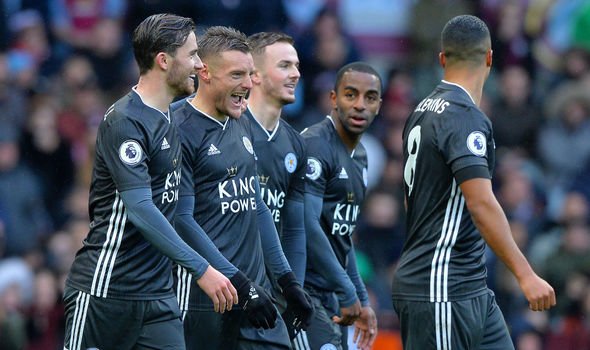 And Reds supporters have urged Klopp to try and prise Vardy from the Foxes in January to derail Leicester’s charge.

After watching Vardy score again, one said on Twitter: “Can we just buy Vardy in January so he can p*** off.”

“Sign vardy in January and solidify the league,” wrote another.

One posted: “We should just buy Vardy In January #lfc.”

“Just buy Jamie Vardy @LFC so he can stop doing my head in,” demanded another. 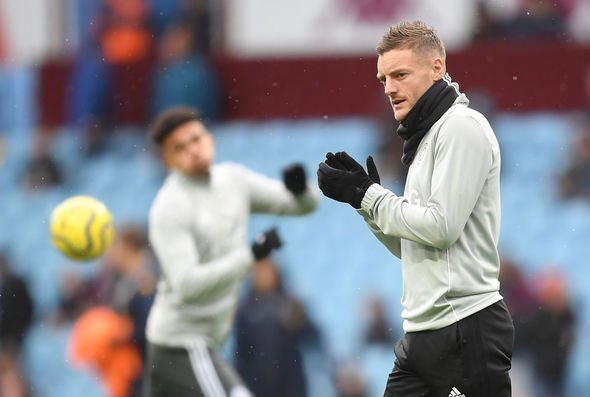 And a whole host of Liverpool fans were in admiration for the 32-year-old’s talents – despite the threat it poses to the Anfield outfit.

“Vardy is genuinely the best striker in the league,” one said.

A second fan declared: “Vardy has only been in the premier league for like 4 years but is deffo top 10 all time pl strikers.” 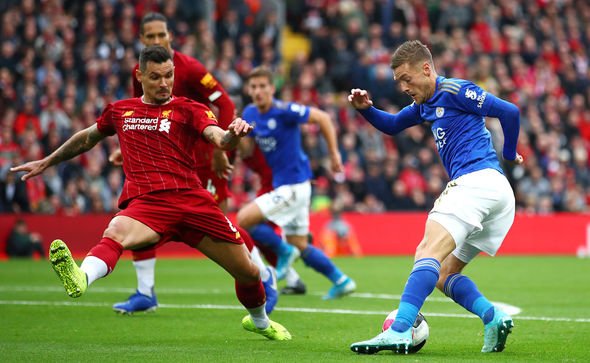 “I got no words to describe Jamie Vardy, what a phenomenon,” said one more.

And others think Vardy could even go on to score the most goals in a single Premier League season – currently held by Mohamed Salah, who netted 32 times in his debut.

One said: “Vardy might actually break Salah’s record if he keeps this up…”

Liverpool will hope in-form Leicester are slowed down when they face City at the Etihad Stadium on December 21, with Klopp and co. then travelling to the King Power on December 26.