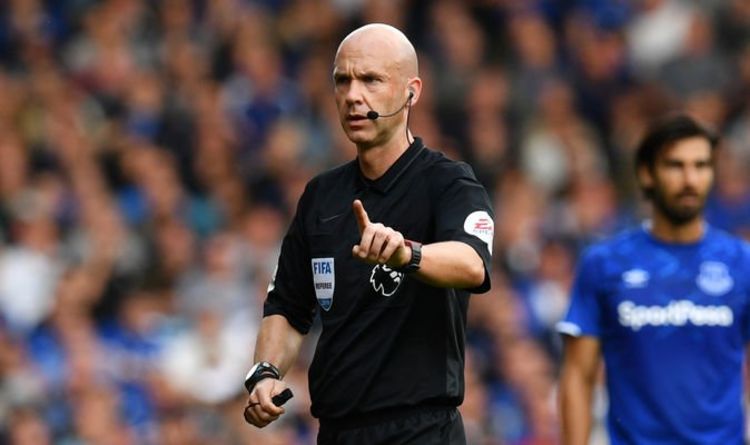 Salah trains with Liverpool ahead of Atletico trip

Liverpool fans have reacted angrily to the announcement that Manchester-born referee Anthony Taylor will take charge of their crunch clash with bitter rivals Manchester United on Sunday. Both sides have Champions League hurdles to overcome between now and then, but the tense showdown is clearly weighing on fans’ minds days in advance.

United first face Italian side Atalanta, a tie in which they can either restore their confidence or have it destroyed after losing to Leicester City on Saturday.

Ole Gunner Solskjaer therefore finds himself in need of a big performance, and their opponents are deceptively dangerous.

Liverpool, meanwhile, continued their fantastic start to the campaign with a 5-0 thrashing of Watford in Claudio Ranieri’s first game.

The Reds are the only unbeaten side left in the Premier League, and they would undoubtedly hate that run to come to an end at the hands of their bitter rivals.

Fan anger surrounding the appointment of Taylor stems from the fact that he was born in Wythenshawe, a traditional Manchester United stronghold.

In fact, it is the area of the city whereby Red Devils star Marcus Rashford was brought up.

In Taylor’s case, he is registered as a fan of non-league Altrincham although that has not stopped people throwing accusations of a United bias in the past.

On social media, @TheKopHQ said: “Oh dear. This is not good. Stitch up job.”

Fellow Liverpool fan Robert Connon confidently added: “Can’t get the job done with 11, they need 12, it’ll just be all the sweeter when we smash them.”

However, another fan rightly pointed out that Merseyside-born Mike Dean is on fourth official duties which should, in theory, level the scores.

That being said, Dean is famously a fan of Tranmere Rovers and has been seen passionately supporting them from the stands of Prenton Park.

Not that the historic affair needed it, but the officiating controversy adds an extra layer to an encounter which is always fiery, and the stakes are high this time round.

Perhaps that is true more so for United and Solskjaer who cannot afford to concede any more ground in the Premier League title race at this early stage of the season.

Liverpool will be equally eager to punish their rivals who are on a poor run of form, and of course keep their unbeaten run intact.