Liverpool have suffered a blow in their bid to sign Bayern Munich midfielder Thiago Alcantara this summer, as Paris Saint-Germain have made a move to pip them to the signing of the Spaniard. According to French outlet Le10 Sport, PSG have made an opening bid for the wantaway midfielder.

Thiago is believed to be Liverpool’s top target in the summer transfer market.

The Spaniard, widely considered one of the best central midfielders in the world, looks set to leave Bayern this summer.

He has been at Munich for seven years, but has told club chiefs he wants to leave the club in the window.

Liverpool are believed to be the frontrunners for his signature, with reports suggesting they have already agreed personal terms with the 29-year-old. 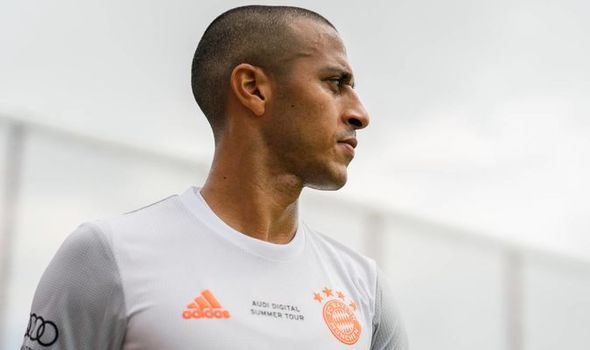 But now, they face competition, as PSG have reportedly made an opening bid to try and steal Thiago away from the Reds.

The French champions have reportedly bid £27million for his services, matching Bayern’s demands.

PSG director Leonardo is said to be keen to bring in a new central midfielder this summer, and the Parisiens were previously linked with Sergej Milinkovic-Savic, who would be significantly more expensive.

Liverpool, however, will likely be more stringent in the market, and aren’t currently willing to match Bayern’s demands.

Reports previously stated the Reds were only ready to pay £23m for the seven-time Bundesliga winner.

The Reds aren’t expected to strengthen their squad significantly by buying players this summer, and will instead promote youth prospects to the first-team picture next season.

However, Jurgen Klopp apparently gave his approval for Liverpool to seek a deal with Bayern to sign Thiago before the transfer window opened, so there’s a chance that a bidding war could be sparked by the Reds. 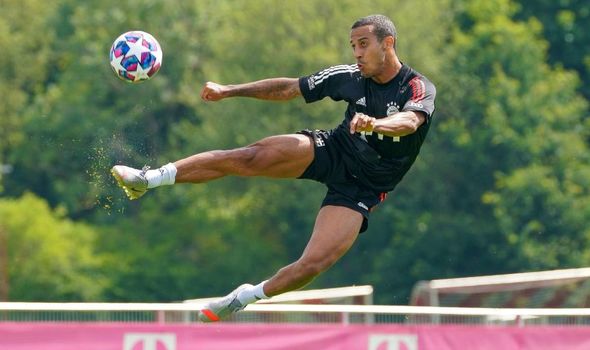 Speaking last week, however, he appeared to downplay their chances of securing the signing of the midfielder.

He said: “I have no idea who will play for me next year, there’s nothing to say at the moment.

“Thiago Alcantara is a great player but also a Bayern Munich player.

“That’s actually all there is to say. There’s nothing to say.”