Liverpool are facing a defensive injury crisis with Joe Gomez joining Virgil van Dijk, Fabinho and Trent Alexander-Arnold on the treatment table. The Reds are set to look for reinforcements in the January transfer window as Gomez faces a long-term lay-off after suffering a knee injury in England training.

After failing to replace Dejan Lovren last summer, Jurgen Klopp has been left thin on the ground at centre-back after their injury crisis.

The January window will give him the first chance to address their shortcomings with Dayot Upamecano and Ozan Kabak both linked with moves.

But they could also accelerate their interest in Dutch youngster Perr Schuurs, 20, after his breakthrough for Ajax under Erik ten Hag.

JUST IN: Southgate opens up on ‘upsetting’ aspect of Joe Gomez’ injury 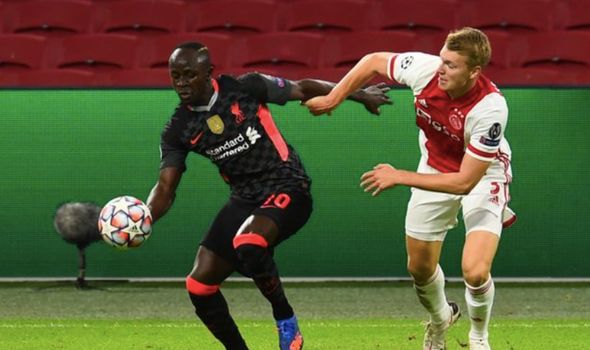 Schuurs has drawn comparisons with De Ligt, who led the Amsterdam club to the Champions League semi-finals before joining Juventus.

The Mirror reported in October that Schuurs, who had a trial at Liverpool back in 2017, was being monitored by the Reds.

CalcioMercato now state they could accelerate their ‘strong interest’ in the defender with Inter and AC Milan also keen.

The Reds face an anxious wait to discover how long Gomez will face on the sidelines as he undergoes scans.

But England manager Gareth Southgate painted a worrying picture when discussing his injury.

He said: “I can’t tell you how serious it is, he is yet to have scans.

“There was nobody around him when the injury happened. We all hope that it is not what it might be.

“It’s not a good situation, but we can’t speculate on the exact nature of the injury.”

Klopp recently admitted he could use the likes of Jordan Henderson or Andy Robertson as emergency centre-backs given his current problems, whilst Nat Phillips is also in line for an increased Premier League role. 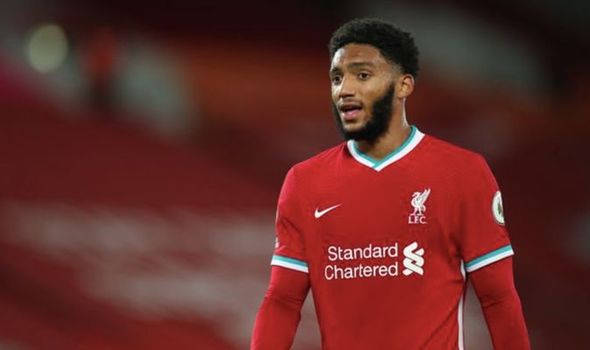 “I know Nat [Phillips] the longest so I was really happy with this development. Since I know him he made big, big steps and is an exceptional character,” Klopp told reporters at the end of October.

”I said it before that the little problem was that we were all convinced, how it looked all the time… there were a lot of clubs interested in him and in the end, maybe because of the coronavirus crisis, nobody had the money to do it but we expected him to leave the club, to be honest.

“Thank God he didn’t, but that’s the reason why he is not in the Champions League squad, the only reason.

“He cannot be on the bench in the Champions League but he is available for the Premier League like all three are and now I have to make a decision.

“And we have still, obviously, other options like Hendo or Gini or James – or Robbo can play centre-half as well. They are all not smaller than Mascherano, for example, and he played pretty well in that position.

“So yes, we have obviously still one or two options and one of them, we will choose.”