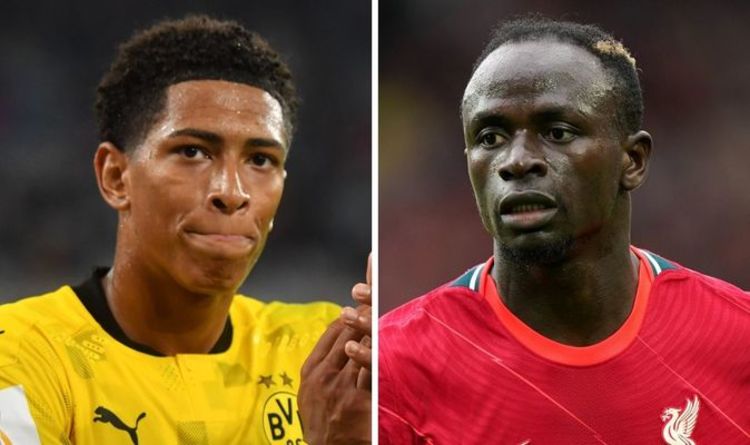 Liverpool could offer Jude Bellingham a higher weekly salary than Sadio Mane if the Borussia Dortmund and England midfielder joins the Reds next summer, according to reports. Jurgen Klopp is said to be a keen admirer of Bellingham, who has firmly established himself as one of European football’s brightest prospects in recent years.

He made 46 appearances for Dortmund in all competitions last season and has already chipped in with three goal contributions since the beginning of the new campaign.

The former Birmingham City man only left England for Germany last summer, but it seems as though a return could soon be on the cards in the form of a big-money move to Liverpool.

The six-time European champions have reportedly identified Bellingham as their priority target and will chase a club-record £80million deal at the end of the season.

Liverpool will be joined by the likes of Manchester United in the race to land the midfielder, but the Reds are said to be the early frontrunners at present.

If they manage to bring Bellingham to Anfield ahead of the 2022/23 campaign, he could be set to receive a bumper six-figure wage packet upon his arrival, according to the Liverpool Echo.

The report claims that Liverpool would be prepared to offer the 18-year-old over £100,000 per week in order to tempt him into a move.

This would see Bellingham earn more than Mane, who currently takes home £100,000 each week for himself, according to Spotrac.

The Dortmund playmaker would also receive a higher wage than Joel Matip, Ibrahima Konate, Diogo Jota and Joe Gomez if he joins Liverpool next summer.

Bellingham was reportedly on around £42,000 per week at Dortmund until the Bundesliga heavyweights opted to double his salary to stave off interest from the likes of Chelsea this summer.

It appears as though he could be set for another significant increase if Liverpool come calling, with the Reds willing and able to splash out on personal terms in order to secure his services.

Bellingham is already a regular member of the England squad and was handed his first Wembley start for the visit of Andorra on Sunday evening.

He went on to produce a spirited performance in the middle of the park, with his smart footwork and runs from deep catching the eye on the hallowed turf.

Meanwhile, former Premier League striker Noel Whelan recently suggested that Bellingham would be the perfect addition to Liverpool’s ranks but warned the Reds that other teams will also be keen on landing the midfielder.

“He would be an amazing signing,” Whelan told Football Insider.

“I thought he was excellent against Andorra. I’m always excited to watch him. He ticks every single box as a midfielder.

“He has good stature, a good engine, a great passing range and vision. I love the little drag backs and nutmegs. He is just technically very gifted, the complete midfield player.

“I’m sure it’s not just Liverpool keeping an eye on him because he is a really, really exciting prospect. A lot of the top clubs in Europe will be interested.”