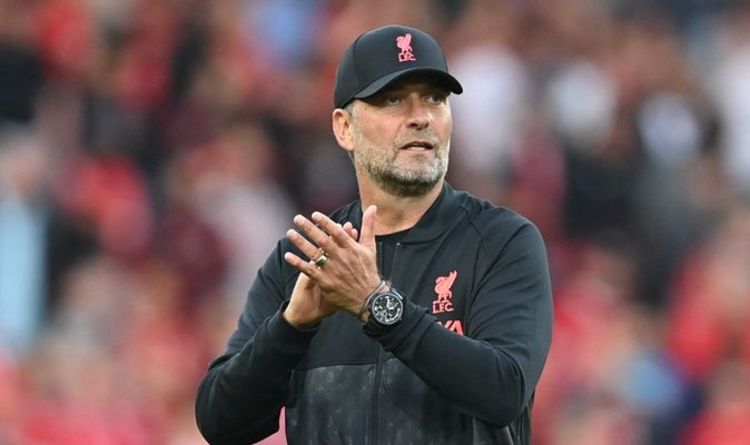 No matter how great a manager he is, or the bond that he shares with the club and its supporters, Liverpool will eventually have to face the idea of watching Jurgen Klopp walk out of the Anfield doors for the last time as their boss.

It will be a painful day for everyone involved with the club, from the current playing squad and staff to fans and club legends everywhere.

When people talk about Liverpool, their minds immediately wander to Klopp and the dynasty that he has built in his six years at Anfield.

But nothing lasts forever — and especially in football, whereby the clock is constantly ticking towards the end of a player or manager’s time with a club.

There is a feeling that when Sir Alex Ferguson retired from his role as Manchester United manager in May 2013, the Scot left the club in bad shape.

Players were ageing and past their peak, contracts were left unsigned and David Moyes was not given the backing required to strip down the squad to its parts and rebuild.

JUST IN: Haaland admission which will leave Man Utd and Liverpool purring

But when Klopp does leave Liverpool, there is no question the German will do everything in his power to leave his successor with a squad filled with talent.

Trent Alexander-Arnold can safely occupy his spot in the side for the next five years at least, while there are exciting talents coming through the ranks in Harvey Elliott, Curtis Jones and Rhys Williams.

But if the Reds are lacking one player to lead them into the future, it is a player who struts around the midfield areas as if he owned them outright.

Another Steven Gerrard would do nicely, but asking any player to emulate the Reds legend’s achievements is simply unfair.

However, the recent displays of Jude Bellingham suggest the teenager may be the ideal fit to make his mark at Anfield and follow in Gerrard’s footsteps.

Bellingham is only 18, but the midfielder has already made extraordinary steps in his short career after moving to Borussia Dortmund for £25million in 2020.

With eight caps already to his name, he can already consider himself a key part of England’s plans for the World Cup in Qatar in 2022.

There is a quality to his game that sets him apart from other players in his age group: the maturity in which he keeps possession, the calmness that he shows while picking out his next pass.

It is no wonder that the same queue of clubs who wanted to sign Bellingham a year ago are gazing intently at his progress.

The scariest aspect of his rise is that he is only going to improve as he ages and gains more experience, yet there are no discernible weaknesses in his game.

Bellingham is a midfielder with a decent amount of pace and the way he glides past opponents shows his close ball control and dribbling ability.

He has already scored once and assisted one of his team-mates in three Bundesliga outings this season and under Marco Rose, he has not shirked away from his responsibility in building from the midfield areas.

Recent reports have suggested Liverpool are readying an £80m offer for the Birmingham-born starlet next summer.

Unsurprisingly, Dortmund are reluctant to part ways with one of the most talented players of the new generation of youngsters and it could take a club-record bid to convince the Schwarzgelben to sell.

Klopp brought Sadio Mane, Mohamed Salah and Virgil van Dijk to the club and the trio have gone to experience greatness in their Reds careers.

That was for the present. But signing Bellingham either in January or next summer could help guarantee a star in the making for Liverpool’s future.

For now, the 53-year-old is completely focused on attempting to guide Liverpool towards a title challenge this season after watching their defence of the Premier League crown crumble in 2020-21.

But Klopp harbours ambitions to work elsewhere at some point in the future, having worked in Germany at Mainz and Dortmund and in England with Liverpool.

His current deal expires in 2024 and Klopp has spoken openly about his future plans, hinting it could be his final deal with the club before taking a year’s sabbatical.

“I’ll take a year off and ask myself if I miss football. If I say no, then that will be the end of coach Jurgen Klopp,” he said.

“If one day I am no longer a coach, there is one thing I will not miss: the brutal tension immediately before the game.”

But part of securing his legacy also means leaving the club in good hands for the next manager to arrive in the dugout.

And signing Bellingham would be one step towards checking that particular box on his ‘to-do’ list.