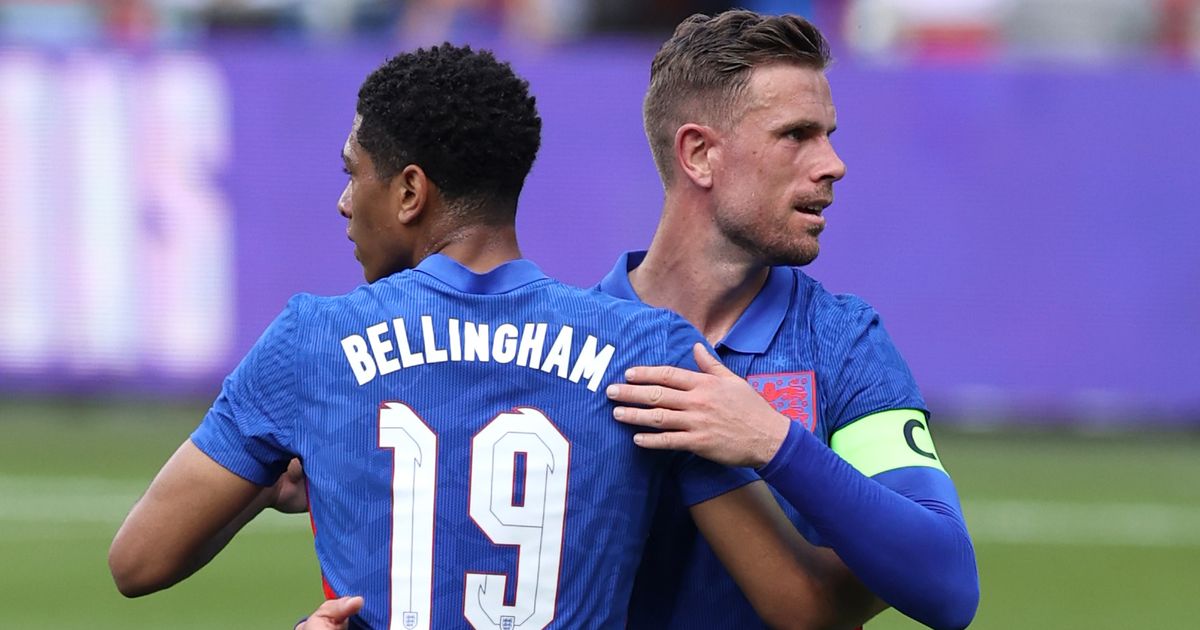 Daily Star Sport understands that Anfield chiefs are preparing a club-record £80million bid for Bellingham next summer, which would make him the most expensive signing in Liverpool's history.

Jurgen Klopp believes the 18-year-old would be the perfect fit for his midfield on Merseyside, although Manchester United are likely to provide competition for his signature.

Bellingham turned down a potential move to Old Trafford last year despite being given a guided tour of their Carrington training ground by Sir Alex Ferguson, instead choosing to join Borussia Dortmund.

If Liverpool are to beat their arch-rivals to his signature next summer, club skipper Henderson may need to work his charm on England duty.

The 31-year-old plays alongside Bellingham at international level and was even on hand to present his young team-mate with his first England shirt over the summer.

Do you think Jude Bellingham is worth £80million? Let us know in the comments section below.

Before making his Three Lions debut against Austria at the Riverside Stadium back in June, Bellingham was handed the No.8 shirt by usual owner Henderson – who was unavailable on the day.

After receiving the shirt, the Dortmund teenager said: “It was a dream come true, especially to get it from Hendo, who has been such a big part of the team.

“I’m very thankful to him and the team for making it an enjoyable one, and we got the win.”

Henderson took the shirt back at Euro 2020, with Bellingham donning the No.26 jersey during the tournament.

The latter made three appearances on England's run to the final, where they were beaten on penalties by Italy at Wembley.

Henderson is a big fan of his potential midfield successor, admitting he is "miles ahead" of where he was at the age of 18.

"He is miles ahead of me when I was that age," the Liverpool star said.

"But for me I'd say for him to just keep doing what he's doing. Keep working hard every day in training, stay focused on what you want to achieve.

"He's already got that and good people around him. Just keep your feet on the ground and concentrate on football. If he does that and stays fit he'll be a top player.

"He already is a top player but he'll go from strength to strength in the next years."