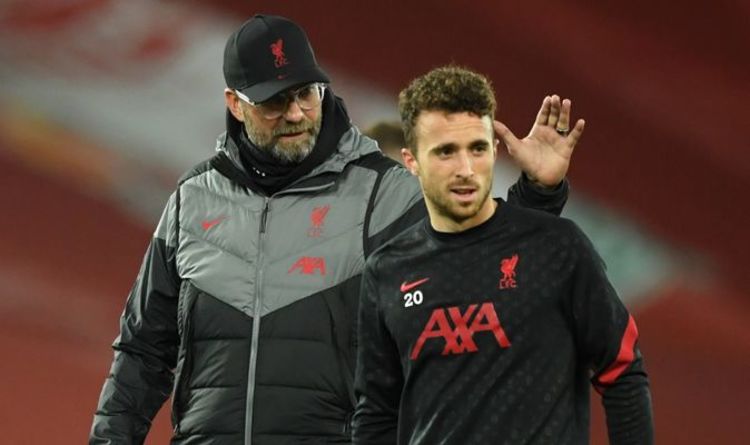 Jurgen Klopp has sparked some concern over Diogo Jota’s fitness ahead of Liverpool’s Champions League quarter-final against Real Madrid with the winger being dropped from the starting line-up to face Arsenal.

The 24-year-old has six goals in just 12 Premier League appearances and his absence from 15 consecutive matches due to a knee injury was clearly felt by Klopp’s squad.

His return to fitness in the three games before the international break was a huge boost to the Liverpool boss.

And there was some concern about him heading out to meet up with the Portugal national side.

He was rested for their first game against Azerbaijan, but started both matches against Serbia and Luxembourg. 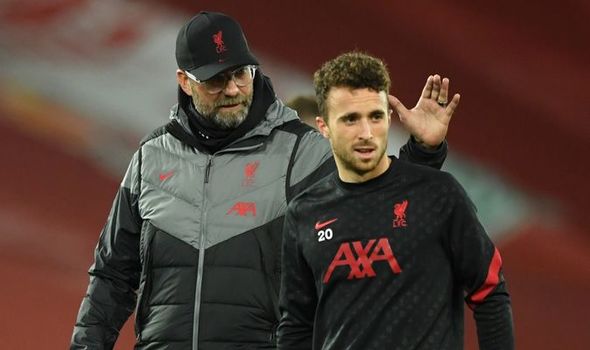 Jota showed his form yet again with three strikes in the two games, with two coming against Serbia to help Portugal pick up a crucial point.

The final game against Luxembourg took place on Tuesday before returning to Liverpool at the end of the week to help prepare for the match against Arsenal.

But Klopp suggests that Jota didn’t look fit enough to be named in the starting line-up to face the Gunners on Saturday night.

And it raises questions on whether the Portuguese winger will be ready to start against Real in the first leg of Liverpool’s Champions League quarter-final on Tuesday.

“Diogo was injured and then played for us directly in some really intense games,” Klopp told Sky Sports.

“Then for Portugal he had some pretty intense games, came back, felt it here and there a little bit so same for Gini, he played three games.

“I saw a lot of players during the week in training, how they looked and what they did so that’s the reason for the line up.”