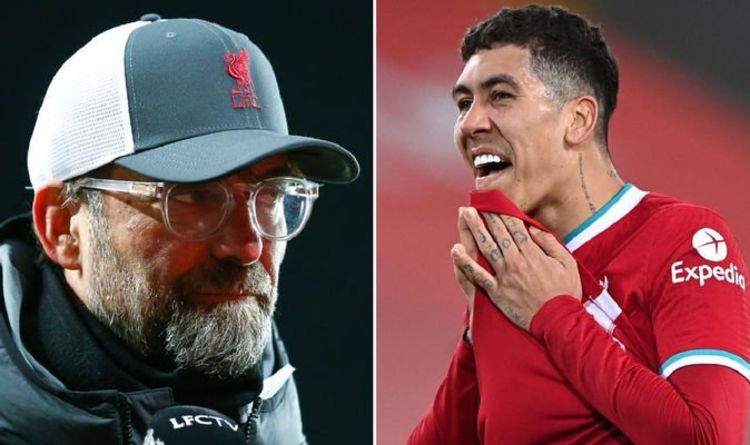 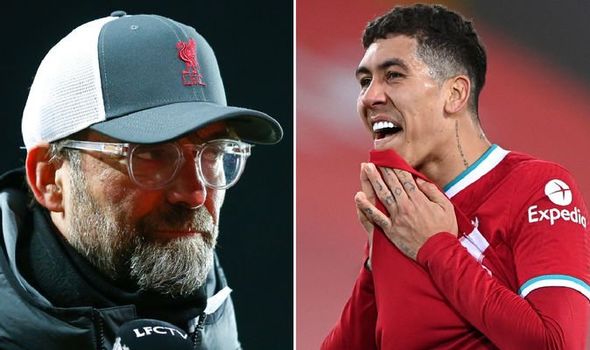 Liverpool are battling a multitude of issues right now, as the gap between themselves and Champions League football widens. Five defeats in their last seven Premier League games has seen them tumble down the table and they’re now 19 points off champions elect Manchester City. While there’s plenty to think about for Jurgen Klopp, there is perhaps no bigger problem than the form of Roberto Firmino.

The Brazilian again disappointed as the Reds fell to a first Merseyside derby defeat in 11 years and their first at Anfield since 1999 on Saturday evening.

Having previously gone 68 league games unbeaten at home across almost four years, Liverpool have now lost all of their last four on home turf and have failed to win any of their last six. What was previously a huge advantage is now a glaring weakness.

They have scored just one open goal in their last 540 minutes at Anfield with Mohamed Salah’s penalty in the 4-1 defeat to Man City their only goal in their past five home games against Manchester United, Burnley, Brighton, City and Everton.

It is a wretched return and one that leaves the club’s top-four hopes under massive threat, particularly given the form of their rivals, most notably Leicester, West Ham and Chelsea. Everton, too, harbour hopes of finishing about their neighbours and will have gained massive confidence from beating Klopp and co.

Since scoring seven in a single game at Crystal Palace on December 19, Liverpool have scored eight goals in 11 matches and their 2021 form (two wins, one draw, six losses – nine points) has seen them pick up less points than bottom-of-the-table Sheffield United, who have amassed 11 all season.

Injuries are of course a major factor, Jordan Henderson the latest to succumb to a fresh problem. Perhaps no team in the Premier League era has ever suffered such horrendous luck with injuries, particularly in one position. But other players are also underperforming when the team needs them most. 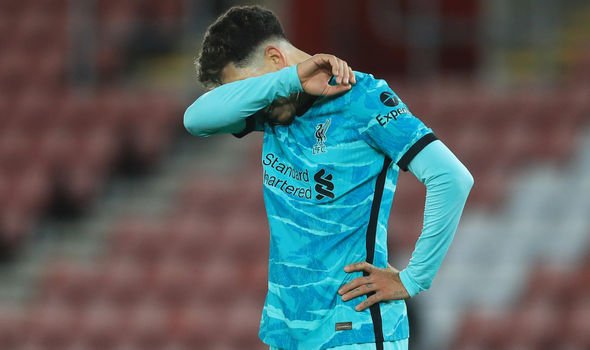 Firmino is one of them. Unfortunately for Liverpool, the side’s best performances during their struggles have come when the South American is playing well.

If he’s not at it, the entire team don’t tend to perform well – and he has only scored once and assisted twice in the past 11 top-flight outings since a brace at Palace, where he also notched an assist.

With summer signing Diogo Jota still a few weeks away from returning from injury, Klopp may be rueing his January decision to let Takumi Minamino leave in January.

The Japan international joined Southampton on loan and has scored twice in three starts, the latest a calm and composed finish against Chelsea at St Mary’s.

He also scored in the win over Palace for Liverpool but curiously made only a single six-minute cameo appearance in the next seven league games despite a bright showing at Selhurst Park.

A £7million addition from Red Bull Salzburg a year ago, Minamino has played out wide for Southampton as he did for much of his time in Austria. 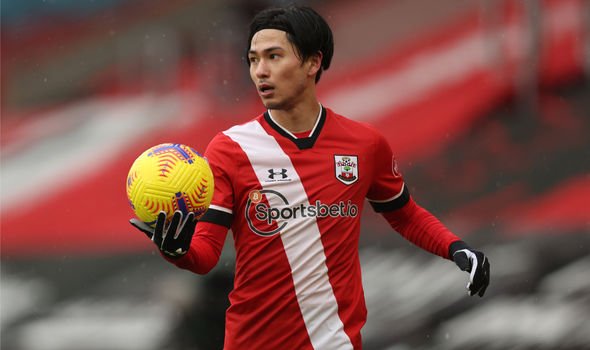 But the 26-year-old forward has shown, through qualities such as his spatial awareness and ability to drop into the pockets and link up with team-mates, that he can operate in a central role similar to Firmino’s. He has also played as a No 10 and as a central midfielder under Klopp.

Given Firmino’s current form and lack of confidence in front of goal – he wasted a good chance against Everton by taking an extra touch and allowing Michael Keane to block his shot – Minamino might have been a valuable rival to the No 9’s spot between now and May.

Minamino has half of Firmino’s goal return in just 514 league minutes this season, with the Liverpool false nine managing six goals (and five assists) in 1,977 minutes.

He also proved before joining the Merseyside club he has plenty of goals in his game and he scored at Anfield in the Champions League for Salzburg last season, one of his nine strikes last term across spells with both clubs.

Firmino only managed 12 across all competitions, down on 16 and 27 in the previous two seasons, despite Liverpool winning 99 points on their way to the league title.

While he has never been regarded as a regular goal-getter, his returns are waning year on year and more worryingly, his finishing appears only to be getting worse even if he remains capable of moments of brilliance (see here: his chipped goal at Palace).

But with Divock Origi having failed to produce a goalscoring contribution in a meaningful game since a 5-2 win over Everton in December 2019, Liverpool have little option but to persist with an out-of-sorts Firmino until Jota is back.

No-one else can come in, with neither Sadio Mane or Mohamed Salah particularly effective through the middle against a low block at Anfield.

Of course, Minamino will benefit from regular starting minutes at Southampton but that he has two goals in just three appearances for the Saints shows he’s capable of coming in and making an impact. 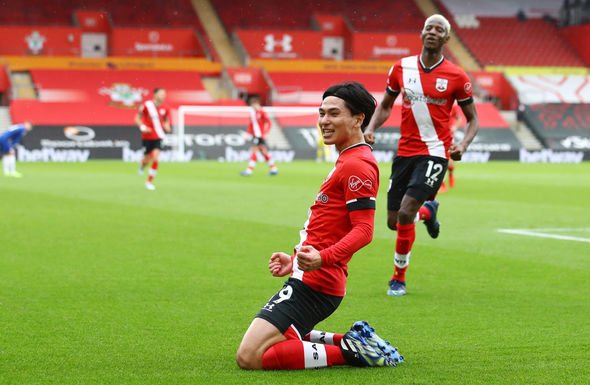 Klopp spoke of a long-term place for the player after sending him to the south coast, admitting: “Takumi is an incredible player but we didn’t give him enough chances. That’s the truth.

“That was for different reasons, sometimes it was just because of his size and that was because of our problems in defence – we were not tall enough and then with Takumi on the pitch we had to think, how could we do that?”

It is a fair point and Origi and Firmino are better in the air in both their own box and the opponent’s box, but right now one of Liverpool’s biggest problems is that they aren’t creating enough clear goalscoring opportunities and even when they are, they’re not taking them.

With Champions League qualification now hanging in the balance, Liverpool need to rediscover their groove in attack. Having Minamino as an option to alleviate some pressure off of Firmino might have been handy.

The Merseyside outfit might feel the benefit of Minamino’s consistent minutes at Southampton next term but by then, they could be dealing with the toxic fall-out of failing to finish in the top four for the first time since 2015-16. The financial impact would be felt and the club’s transfer plans would be drastically affected.

Klopp has to hope Firmino can get somewhere near back to his best or that Jota can instantly pick back up the scoring hot streak he was on pre-injury, else the Europa League – or even worse the Europa Conference League – may beckon.