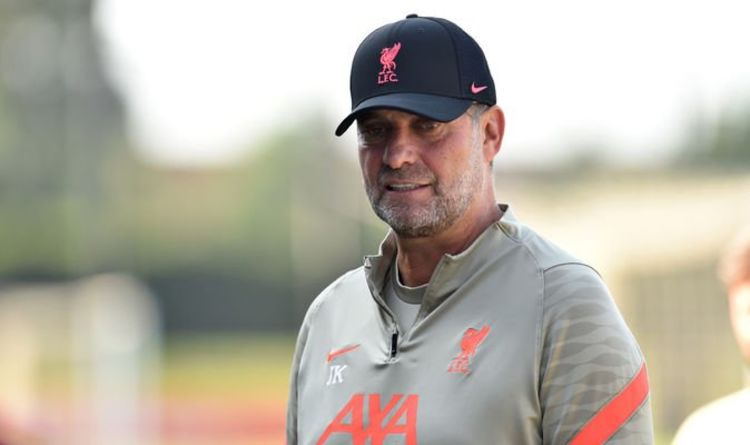 Liverpool could be without a host of players for Sunday’s trip to Elland Road, with boss Jurgen Klopp feeling the full effects of the international break. A banned Brazilian trio have delivered the biggest blow of all, but there were also a series of fresh injury worries which could force the German into four changes.

Roberto Firmino, Fabinho and Alisson have all been given five-day bans on the request of the Brazilian Football Federation, as enforced by FIFA, for missing their World Cup qualifiers.

Premier League sides are in talks with officials to try and resolve the issue given the exceptional quarantine demands attached to linking up with their national teams.

Leeds are also victims of the ruling, with tricky winger Raphinha also set to miss the encounter unless a resolution can be found.

Elsewhere in the side, a trio of internationals withdrew from their respective squads because of injury concerns.

First of which is Harvey Elliott, the youngster who has featured in all three of Liverpool’s Premier League games so far, withdrawing from the England U21 squad earlier this week.

James Milner has missed the past two matches with injury, so is not expected to be fit for Sunday’s showdown with his former side.

All things considered, Express Sport takes a look at the four changes which should result from Klopp’s seven likely absentees.

Caoimhin Kelleher (IN) – Alisson (OUT)

Alisson has been a rock between the sticks since his 2018 arrival from Roma, but Liverpool should be in capable hands despite Kelleher’s young age.

The Republic of Ireland international has performed admirably when called upon, including for Champions League matches.

But he could face a barrage against Leeds, who are partial to an all-out attacking style of play.

Thiago Alcantara (IN) – Fabinho (OUT)

Fabinho will be a big miss at the base of Liverpool’s midfield, but Klopp’s versatile contingent will allow him to reshuffle the pack.

Jordan Henderson is no stranger to playing the holding role, while the supremely talented Thiago should have plenty to offer when it comes to unlocking an often wide-open Leeds defence.

Naby Keita (IN) – Harvey Elliott (OUT)

Seeing Elliott’s development stunted as a result of his injury will come as a blow for Liverpool fans, but Naby Keita is a man on a mission this season who has got a point to prove now he is injury free.

His agent called out Klopp on Twitter for leaving Keita on the bench during the 1-1 draw with Chelsea, so his client will have to produce the goods if he is given the chance to do so.

Diogo Jota (IN) – Roberto Firmino (OUT)

Although swarms of fresh attacking talent have come and gone from Anfield in recent years, none have come as close as Jota to dislodging the established front three of Firmino, Mohamed Salah and Sadio Mane.

Having started the season with two goals in three games, Jota brings a more ruthless scoring touch than his Brazilian counterpart which could benefit the Reds on Sunday.