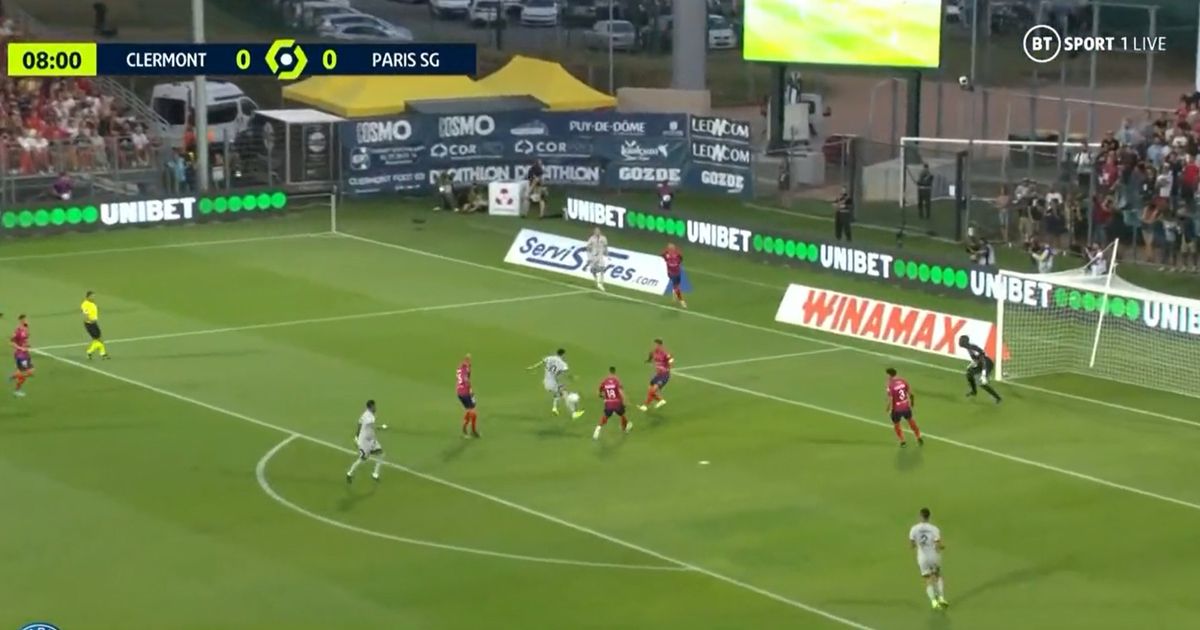 If it was anyone else, literally anyone else, this would be dismissed as blind luck … but this is Lionel Messi we're talking about.

The man who defies the laws of physics and logic every time he laces up his boots. The man capable of shifting his own atoms to melt through opponents. The man who makes the impossible possible in ridiculous, jaw-dropping fashion. So let's look at his latest moment of potential genius…

PSG got their Ligue 1 title defence off to a perfect start with a thumping 5-0 victory over Clermont Foot, and while Messi got on the scoresheet twice, it was his outlandish flick assist for Neymar that had everybody talking.

READ MORE: Mauricio Pochettino gives verdict on best player in the world between Messi and Mbappe

The magisterial Argentine drove into the box to latch on to a swift cut-back from team-mate Pablo Sarabia, but the ball ricocheted off his boot and fell, looped between two defenders and landed at the feet of Neymar behind him, who duly smashes it home.

The BT Sport commentators marked the assist down as a 'mis-control', but on social media people were a little more divided.

"I think Messi means that, and if he did it's one of the greatest assists of all time," one person tweeted, though another disagreed, saying: "Definite mis-control. A complete fluke from top to bottom."

Did Messi mean it? Let us know what you think in the comments section below.

A third said: "Probably just a mistake, but because it's Messi you really never know."

Messi's two goals on the night – the second of which was a gorgeous bicycle kick – means he's already two-thirds of the way towards matching his Ligue 1 goal tally for last season.

The 35-year-old hasn't made the strongest start to life in Paris, but if he keeps blurring the lines between magic and reality, then we won't be saying that for long.