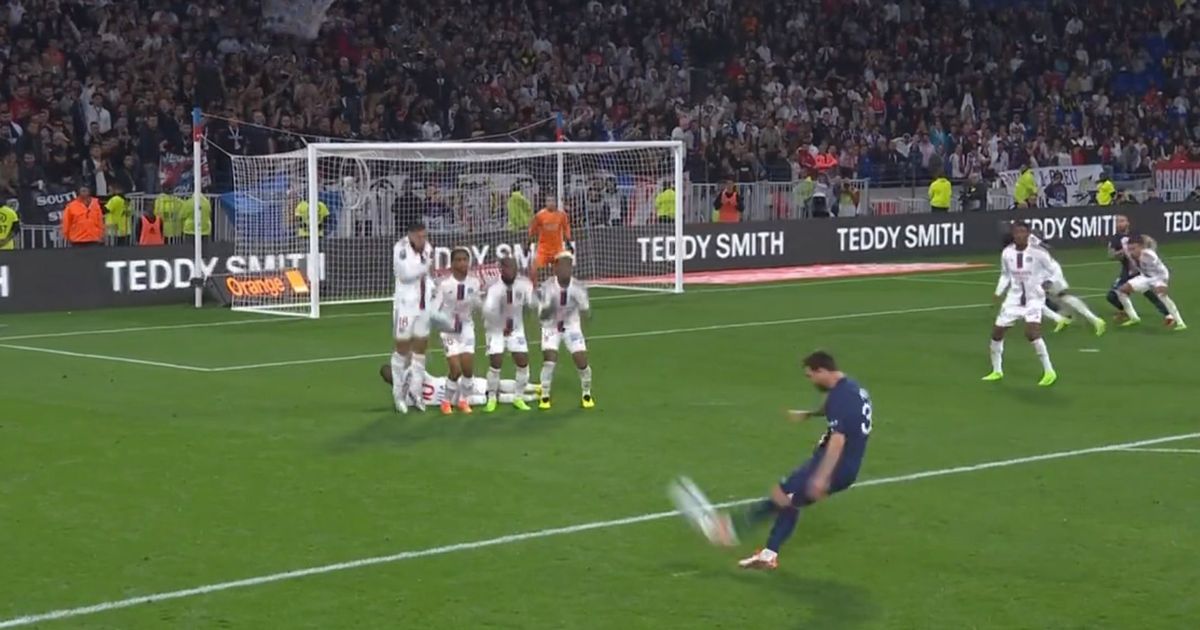 Lionel Messi's free-kick against Lyon is just like "real life FIFA" after fans spotted a familiar camera angle in his latest PSG game.

Footage of the seven-time Ballon d'Or winner taking a set-piece during Sunday's Ligue 1 clash has gone viral on social media after fans compared the clip to EA Sports' popular series of video games. During the clip, the camera starts behind Messi as he lines up his free-kick before panning away after his shot strikes the crossbar.

Fans were quick to notice the similarities to the camera angle shown when taking a free-kick on FIFA and reacted to the clip on social media.

READ MORE: Neymar is only player in Europe with more goal contributions than Erling Haaland

Meanwhile, another supporter called for the angle to be introduced in England as they commented: “Nah the Prem needs to get these cameras and angles man ffs.”

PSG went on to win the match 1-0 to remain top of Ligue 1, two points clear of nearest challengers Marseille after eight matches this season.

How many goals will Lionel Messi score this season? Let us know in the comments section below.

Messi's fifth minute strike ultimately proved to be the winning goal after he beat Anthony Lopes from the edge of the box. The Argentine playmaker played a neat one-two with Neymar before slotting the ball into the bottom corner.

The goal was his sixth of the season and fourth in the league, bringing him to just two behind his tally for the entirety of the previous Ligue 1 season. He has also already notched eight assists in his 11 appearances across all competitions.

His form for PSG has seen him remain the highest rated player on the latest edition of FIFA, although he shares the honour with four other stars.

Ahead of the release of FIFA 23 on September 30, EA Sports unveiled a host of player ratings last week ahead of the game's launch, beginning with the 23 highest rated players.

Messi joins Karim Benzema, Robert Lewandowski, Kylian Mbappe and Kevin De Bruyne in being 91-rated on the latest release in the series.