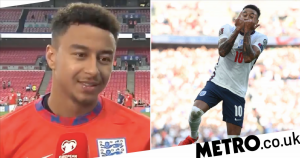 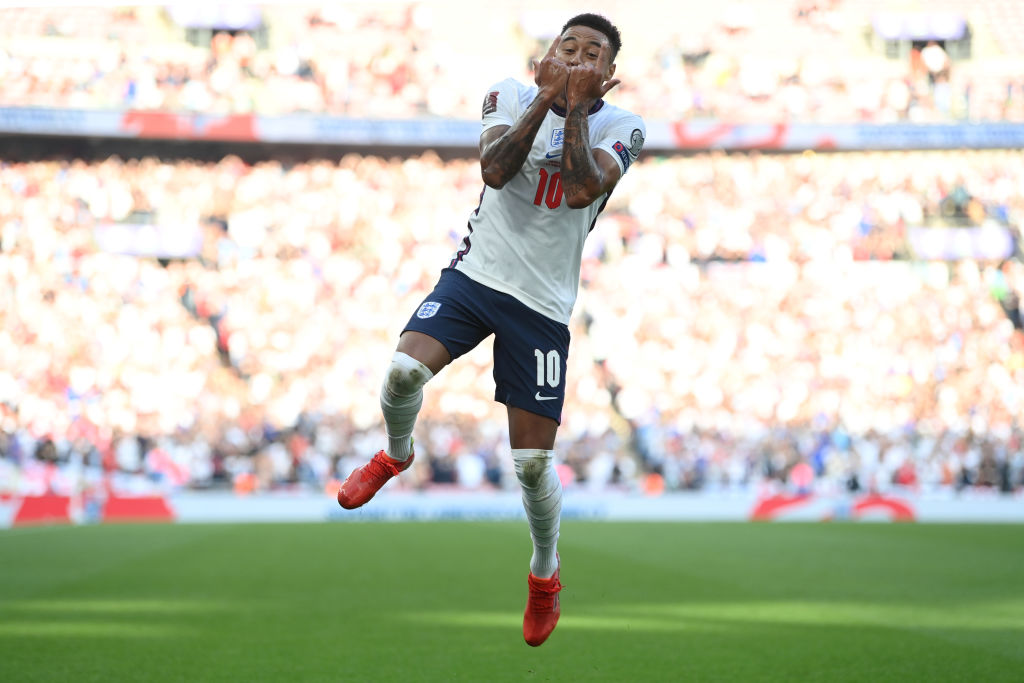 Jesse Lingard says his Cristiano Ronaldo-inspired celebration in England’s 4-0 win over Andorra was meant as a ‘little welcoming gift’ for the forward following his return to Manchester United.

Gareth Southgate named Lingard in a much-changed starting XI for Sunday’s one-sided World Cup qualifier and the United attacking midfielder did not disappoint, scoring twice as the Three Lions maintained their 100 per cent record in Group I.

Captain Harry Kane found the net from the penalty spot after replacing debutant Patrick Bamford midway through the second half and Bukayo Saka – celebrating his 20th birthday – added a fourth late on to round off a comfortable victory at Wembley.

Lingard has struggled for playing time at club level this season but showed no signs of rustiness on his return to international duty and what he did moments after his opening goal will certainly have gone down well with United supporters.

‘We were patient throughout the game and we managed to move the ball very quickly and find opportunities to break through the defence and score the goals that we did.’

Lingard was especially happy for birthday boy Saka, who he assisted for England’s fourth and final goal at Wembley.

‘To score on his birthday is a huge moment for him.’