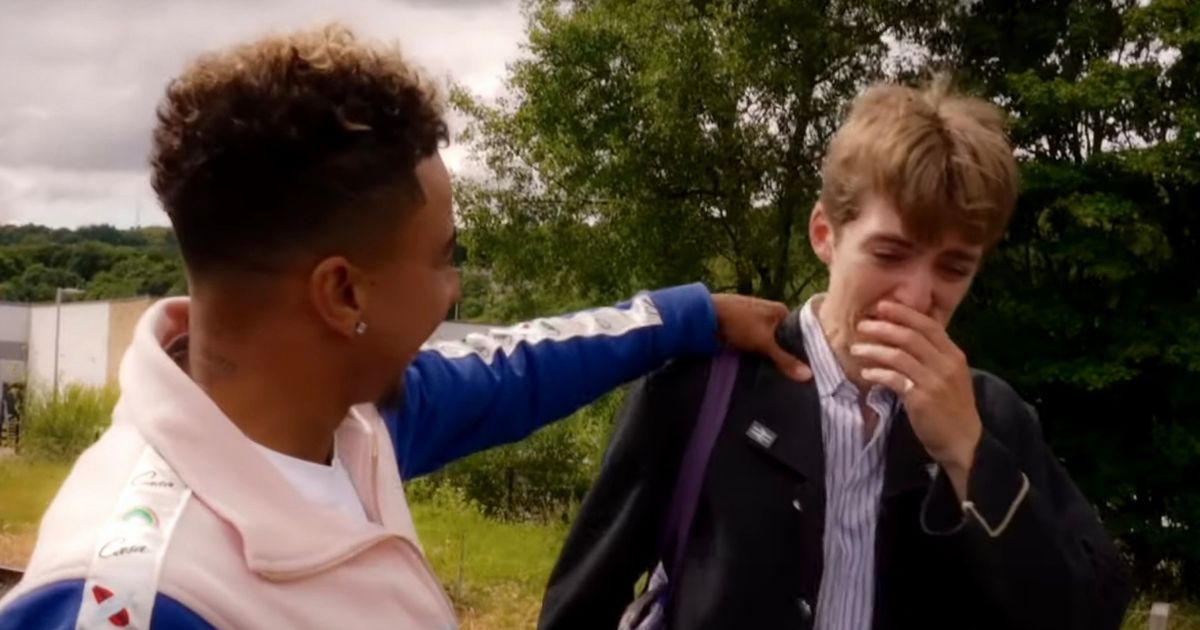 Jesse Lingard has been praised for comforting train enthusiast Francis Bourgeois during an emotional episode of his new show about trainspotting on Channel 4.

Lingard, who joined Nottingham Forest from Manchester United in the summer, featured on the TikTok star's new show "Trainspotting with Francis Bourgeois."

Bourgeois has become a social media star in the last couple of years thanks to the GoPro footage he records that captures his brilliant reaction to passing trains. His new show sees him share those experiences with a host of famous faces, including Lingard.

The ex-West Ham and England winger admitted last year that he considered taking time out from football because of mental health issues that were affecting him. And he showed great compassion as Bourgeois opened up to him about the vitriol he receives from some members of the trainspotting community.

Are you a fan of Francis Bourgeois? Let us know in the comments section below.

"I’ve gone in here a bit because I’m well aware that there’s people in there that really don’t like me," he told Lingard as the pair engaged in conversation in a quieter carriage on a train. "It’s something I find quite weird to think that in my own community are people that don’t like me the most.”

Lingard then asked if Francis cares about people disliking him. "I like to make everyone feel good so it’s a bit sort of disheartening sometimes," Bourgeois replied. "People just think I’m faking my enthusiasm."

The England star then comforted the TikTok star, saying: "But that’s just you being you though. That’s how you are, that’s you."

Lingard and Bourgeois got off the train moments later, with Bourgeois receiving a positive reaction from passengers who leant out the window of the moving carriages.

Their response left an emotional Bourgeois in tears, and moments later he received an embrace from Lingard, who said: "I told you, they love you mate."

The pair received overwhelmingly positive messages on social media, including from one person who wrote: "The duo we didn’t know we needed!"

Someone else said: "Just seen a clip of train enthusiast Francis bourgeois meeting Jesse Lingard and spending the day with him I know lingard gets a bad rep quite often but fairplay for him for the way he spoke to Francis throughout it, especially when he got emotional about being bullied."

While a third person added: ""Who’s cutting onions… this guy man. How can anyone hate him? He’s as genuine as they come and kudos to Jesse for his support."