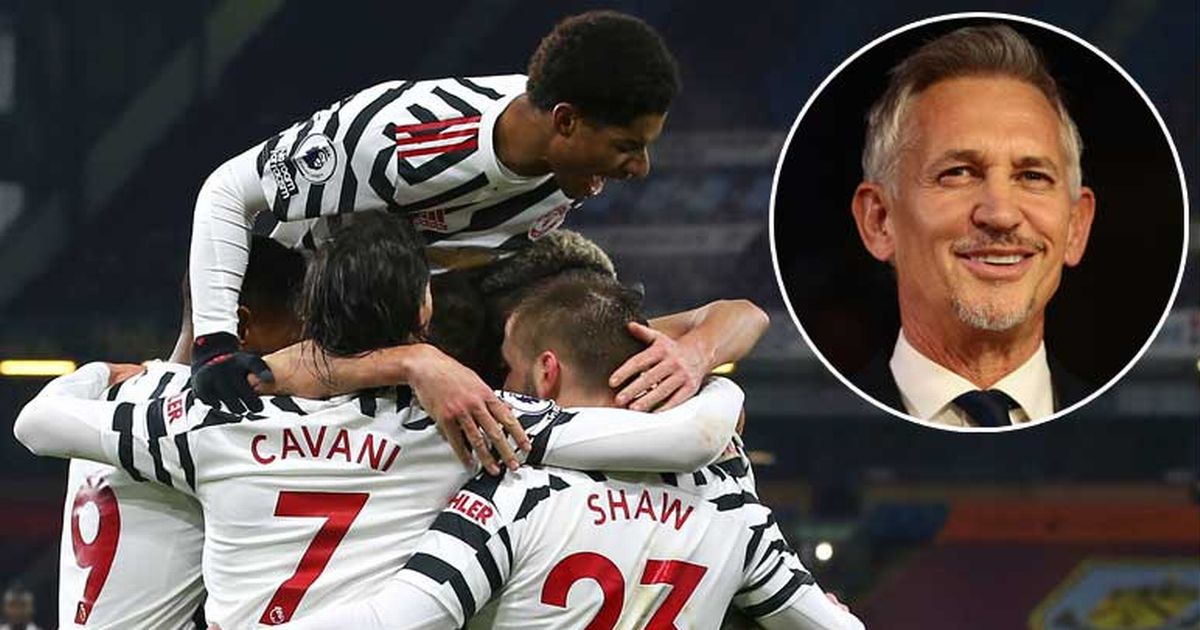 The last time Manchester United topped the Premier League table in January, Sir Alex Ferguson led the Red Devils to a 20th title at a canter.

Then, United actually went top in November, following a 3-1 win over QPR.

And with Robin van Persie enjoying arguably the finest season of his career, scoring 30 times and winning the Golden Boot for the second successive season, they didn’t relinquish top spot.

Unquestionably, it was a fitting finale for Ferguson as he departed the club which he had transformed, making them the country's dominant side.

Since, United have only taken top spot on four occasions.

In 2015, Louis van Gaal’s men moved into first spot after a win over Sunderland on September 26, seven games in. They fell the following week, before an early kickoff on November 21 at Watford saw them take top spot for a second time under the Dutchman – only for a Leicester win later in the day to kick them back off the summit.

In 2017, on September 9 after four games, they were ahead of City on goal difference. Ultimately, City went top after five games and won the league with 100 points and by a 19-point margin, both records.

In 2018 was the last time that they took spot, after a 2-1 win over Leicester City. However, that came on the opening night of the season, before anyone else had even played.

So does that even really count?

Having been the Premier League’s prepotent side from 1992-2013, the proverbial feast has turned to famine since Fergie’s departure.

As such, Tuesday night’s win over Burnley at Turf Moor, achieved thanks to Paul Pogba’s second-half winner, puts this United side into somewhat unchartered territory.

Not so long ago, Ole Gunnar Solskjaer’s men couldn’t buy a home win and the Norwegian was under mounting pressure, particularly after their Champions League exit.

However, after a run of nine wins in 11 league games, and having won seven of their eight away matches, they’re top of the pile.

In this most unorthodox of seasons, it’s perhaps fitting that United top the Premier League table after being 15th at the start of November, and having conceded as many goals in one game against Spurs as La Liga pace-setters Atletico Madrid have in their entire campaign thus far.

Certainly, United are looking up and their players are bullish about being ready for a title fight.

Midfielder Nemanja Matic said after their Turf Moor success: “I think this kind of win shows we're ready to compete for the title.

"Now let's see on Sunday against Liverpool. It’s the biggest derby in England.

"We go there to compete with them and see where we are against one of the best teams in the league. I think we're ready.”

Pogba, who will surely start against Liverpool after his star turn against Sean Dyche’s men, his best performance of a fluctuating campaign, said: "It's a big game coming up so let's get ready for it.

"We knew if we won tonight we would be top of the league when we play Liverpool.

"We have to keep calm, now it is the big moment. We will see what is going to happen."

That bullishness isn’t just restricted to the current contingent.

According to ex-United defender Gary Pallister, the return to the Premier League’s apex is confirmation that Solskjaer is “bringing the old United back.”

Indeed, the only man seemingly playing it down is the manager himself.

"Away from home we have really done well,” said Solskjaer. “We have to believe in ourselves and we do. We've done a great job, it's good times.

"It's a test on Sunday against the champions who have been fantastic, that's a great test for us."

On social media on Tuesday night, Gary Lineker asked: “What on earth are the 'this is Manchester United' doom-mongers going to whine about now?”

It’s a good question from the Match of the Day presenter.

But the more pertinent question is how will this United respond to being in the ascendancy when they go to Anfield this weekend?

In the last two seasons they’ve gone to Merseyside with a clear inferiority complex when meeting Jurgen Klopp’s side.

On each occasion – Mourinho’s last stand in 2018-19 and with the Reds going 16 points clear with a 2-0 victory last January – the ultra-defensive set-ups were perfectly understandable amid the two teams' respective situations.

But now, with Liverpool somewhat stuttering (by their own recent sky-high standards) and United building up a head of steam, there is an opportunity on Sunday for them to lay down a real marker.

However, this remains the same United side who have, over the course of the last 12 months, been defeated in four semi-finals, and who folded in the Champions League loss to RB Leipzig, despite the odds of qualification being in their favour in that final group fixture.

Certainly United have made big strides in recent months, but only last week – after falling 2-0 to City in the Carabao Cup – was Solskjaer forced to insist that his side don't have a "psychological" issue when it comes to high-pressure encounters.

That is something that will be put to the test at Anfield, even without fans in attendance.

Similarly, not since Fergie’s final triumph have United stamped their mark on a title race.

Can they do so on Sunday?

Who will win the Premier League title this season? Have your say here.