Like father like son! Jordan Ayew is a Crystal Palace gem – and is following in the footsteps of a famous dad who was the first African to win the Champions League and named after Pele

It isn’t easy being an Ayew, although Jordan has made it look largely effortless over the past year.

Ayew is coming off arguably the most productive season of his career. But when you are the son of an African legend, people always expect a bit more. 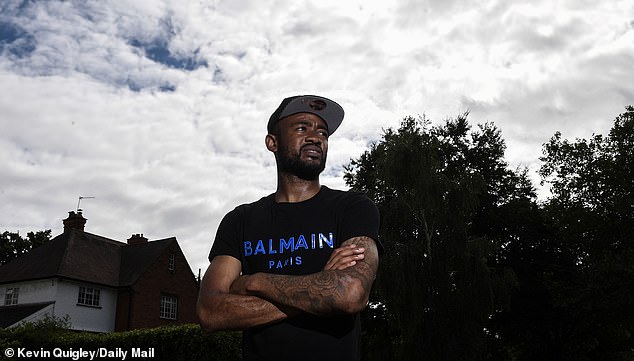 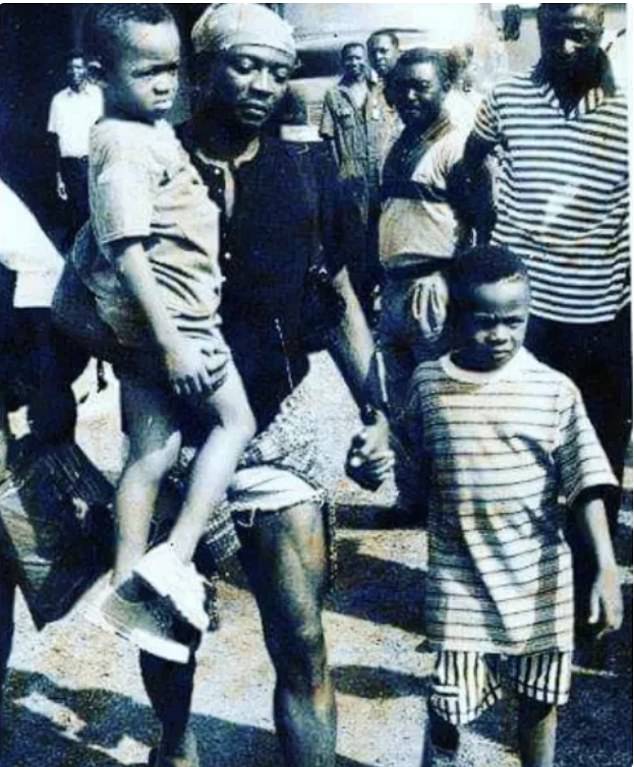 ‘There is pressure with being an Ayew, of course,’ he says. ‘Whenever you go somewhere, people just say, ‘It’s because of his dad’. Do I ever think my career would have been easier if I wasn’t an Ayew? It would certainly have been different.’

Ayew’s father is Abedi ‘Pele’ Ayew — the first African footballer to win the Champions League in its current format, with Marseille in 1993. A pioneer for African football, Pele — who was given the nickname for obvious reasons — is idolised in his native Ghana. He is a national hero.

The benefits of having an iconic father are obvious — although, as Ayew points out, it isn’t all it is cracked up to be.

‘People back home expect a lot from us,’ he says. ‘Sometimes when I play for the national team, I see my family in the stadium and I see their faces — it’s like they have more pressure than us.

‘Sometimes my mum and aunties can’t watch because they hear the comments of people around them — it’s just a football game. 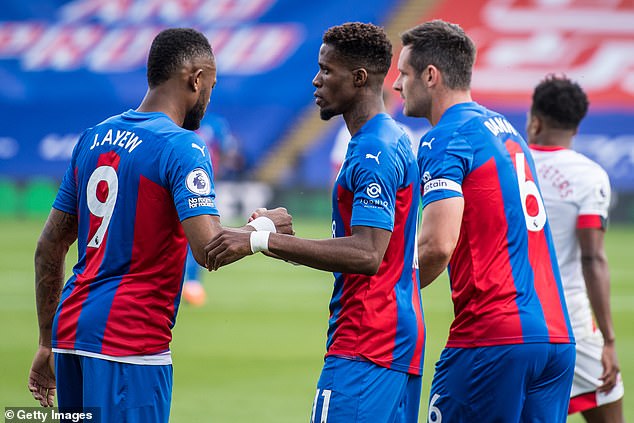 Ayew’s brother Andre plays for Swansea, and his other brother Ibrahim plays in Gibraltar 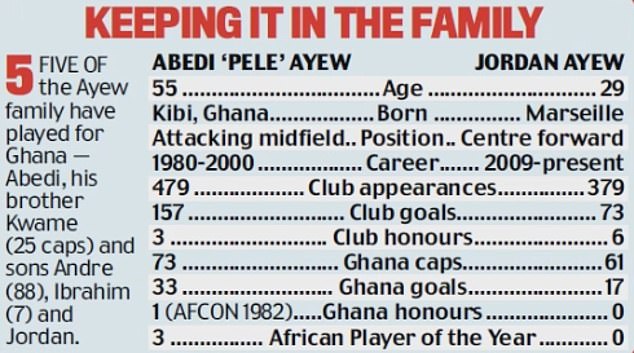 ‘But I’m really proud to be part of this family. Dad has raised the bar so high. He has made us proud and raised the family to a new level. It isn’t always easy for us guys coming from behind to represent, though we are trying our best to keep our family name as high as possible.’

Growing up in Accra, Ghana’s capital, Ayew was entrenched in football culture from an early age. Not that his mother Maha was particularly happy about it.

Ayew says: ‘Dad never put pressure on us to become footballers but we didn’t have a choice. Football was always on the TV. From there, you can’t do anything else. Even my uncles were footballers. We are a footballing family.

‘My mum was going crazy. ‘Football this, football that’, she used to say. My parents were a bit strict on our school results, especially mum.’

As soon as he and his brothers Andre — now at Swansea City — and Ibrahim, who plays in Gibraltar, returned from school, they took to the streets of East Legon in search of their daily football fix.

‘We would play with friends every night after school, then against the next town on the weekends,’ he recalls. ‘Those games used to end up in fights but that’s where you get your mental strength: playing with older guys. We joined a team and I was playing against guys who were 19 when I was 13.’ 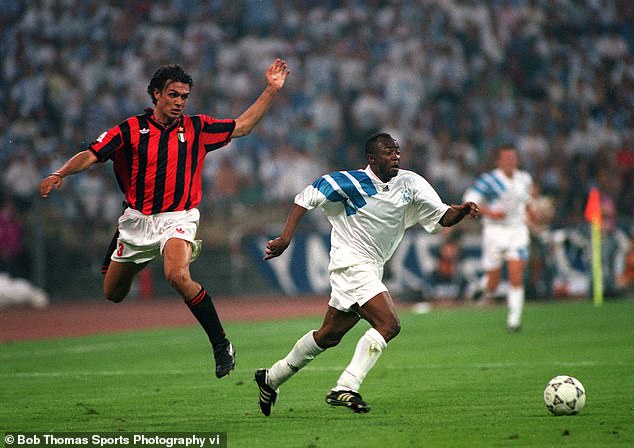 Abedi ‘Pele’ scored 157 goals in his career, and was African Player of the Year three times

The age difference stood Ayew in good stead for the bruisings that were to follow. He says: ‘You have to stand up, you can’t cry. They say in Ghana, ‘In football there is no age’.

‘Those are the things that helped me become the player I am. When I joined the academy in Marseille and went to the first team, I was used to playing with older guys. It was nothing new for me. The contact was ruthless but I wasn’t shocked.’

As Ayew followed in his father’s footsteps in signing for Marseille, suspicions of nepotism were never too far away.

‘Some people thought that I was only at Marseille because of my dad,’ he continues. ‘I had to prove myself, to show everyone that I deserve to be where I am today.

‘In Ghana as well, when I got called up for the national team they used to say it was just because of my dad. But it is positive for me. I like it when people talk. It gives me energy and motivates me.’

Following 198 senior appearances for Marseille, Sochaux and Lorient, Ayew found himself in the Premier League in 2015, signing for Aston Villa for £8million. 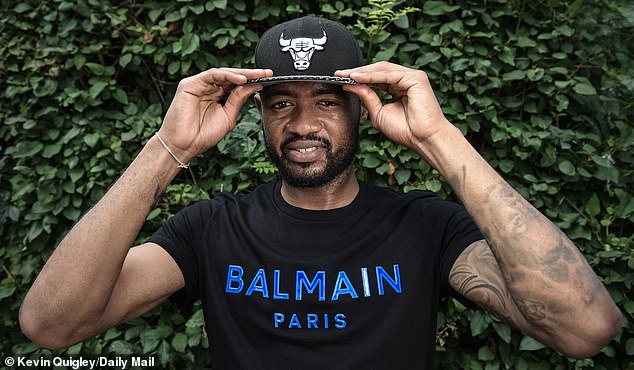 He finished that season as Villa’s top scorer but suffered relegation. He return to the top flight 12 months later, only to suffer the same fate with Swansea in 2018.

Ayew admits he questioned whether a return to France would be more conducive to his talents. But then Crystal Palace came knocking. ‘I never gave up,’ he says. ‘People around me were saying, ‘Go back to France’, but I wanted to prove myself.’

Roy Hodgson is certainly glad Ayew made that call. The striker is one of Palace’s main men and he is crucial in taking at least some of the attacking burden from Wilfried Zaha. But if the going gets tough, Ayew knows he has the support network to come through, whatever befalls him.

‘My mother has done a good job because she has kept me and my brothers very close,’ says Ayew.

‘She told us that if we have a problem with each other, we should solve it in the next five minutes. Those are the little things that have made us very close. 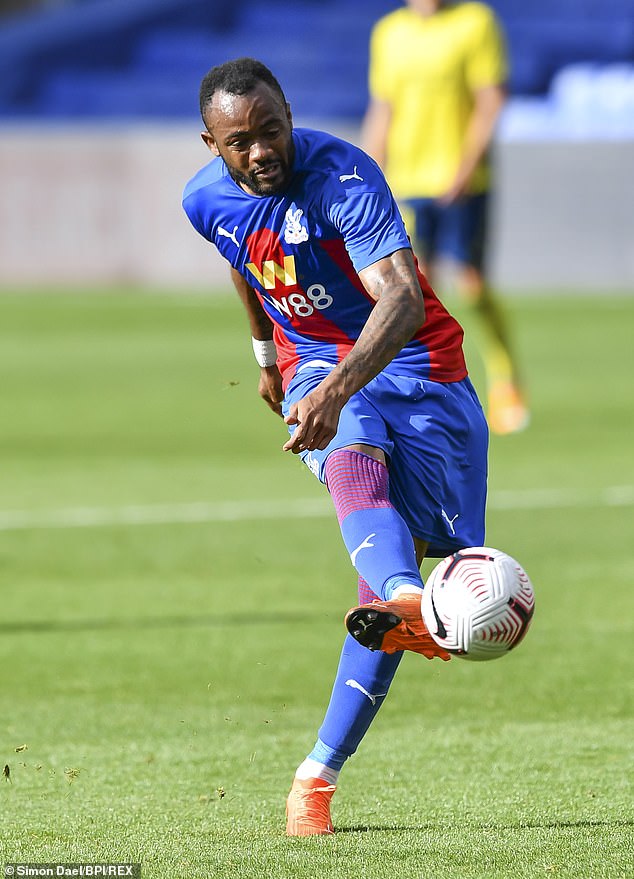 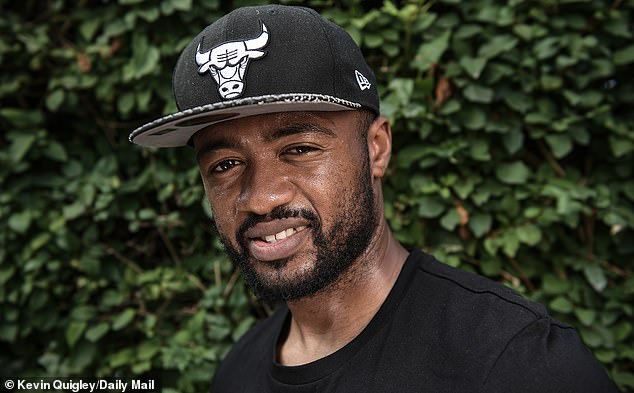 Some said that he only joined Marseille because of nepotism, so felt he had to prove himself

‘As a family we are all over the place — I’m in London, Andre is in Wales, my brother is in Gibraltar, but we always speak to each other.’

And then, of course, there is Ayew’s illustrious father on hand to dispense his own pearls of wisdom.

‘I try to speak to him as much as I can, maybe nine times a week,’ says Ayew.

‘But dad can be very hard. Sometimes things were easy for him and he thinks they should be easy for me.

‘He is very critical of us but in a good way. He’s a perfectionist and tries to make sure we are at it every day.

‘But he supports all our teams. So dad is a Crystal Palace supporter now.’ 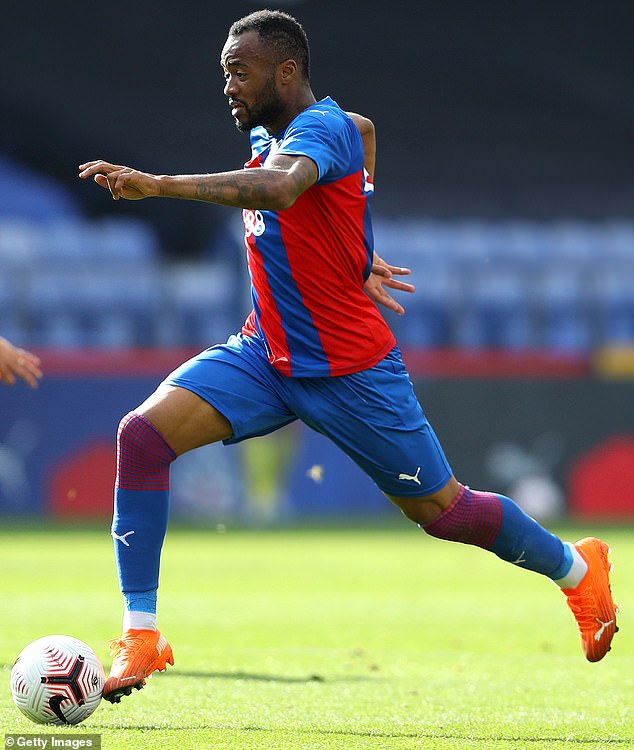 The striker is now one of Crystal Palace’s main men, their top scorer and player of the year