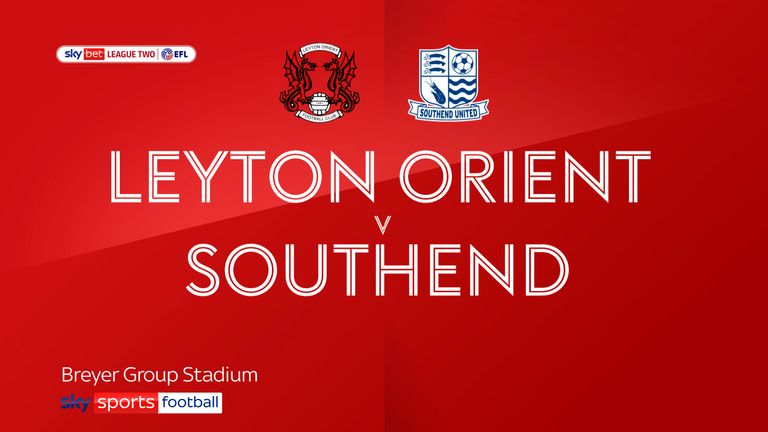 Leyton Orient sent Southend back to the bottom of the Football League with a 2-0 victory at Brisbane Road.

The home side created two good early chances and both fell to Wllkinson. The striker saw his goalbound shot after just three minutes blocked on the line by Sam Hart and, seven minutes later, he curled a drive narrowly over the bar.

Tim Dieng brought a save from O’s keeper Lawrence Vigouroux but it was the home side who looked the more threatening with Wilkinson continuing to cause problems for the Shrimpers before the interval.

It was O’s skipper McAnuff who broke the deadlock after 53 minutes when he curled his free-kick around the wall from 22 yards and into the top right-hand corner of the net.

The Shrimpers, who came into the match unbeaten in five games, offered little threat and Wilkinson was finally rewarded for his endeavour after 78 minutes as he made it 2-0.

He latched onto a pass from McAnuff and coolly chipped the advancing Southend keeper Mark Oxley from 15 yards to settle the issue.