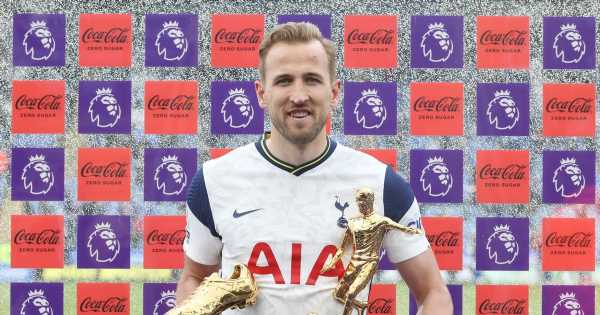 Tottenham Hotspur chairman Daniel Levy has been warned that if star-man Harry Kane does leave this summer, there could be more players following him out the door.

Kane has been quite vocal about his desire to win trophies and that he didn't specifically see himself as a player who only ever plays for one club, pointing him to a move away from Spurs this summer.

It's an unsettling time for Tottenham who are still without a manager after Jose Mourinho's sacking back in April.

The claim comes from ex-Spurs forward Jurgen Klinsmann, who has expressed his concern that if Levy does cash-in on Kane, it may lead to a mass exodus with Son Heung-min also reportedly considering his future at Tottenham.

It has been a prolific season for the South Korean who was named Premier League Player of the Month in November.

His partnership with Harry Kane set records, with the pair combining for 14 goals over the course of the season.

Son also netted 17 times in the Premier League, his best seasonal tally; with 22 goals in all competitions he was Tottenham's second highest goalscorer behind Kane.

Klinsmann believes that the Harry Kane transfer saga may affect more than just one man:

"If Harry leaves then you have a problem because maybe [Heung-min] Son says: 'Hang on, I might move on as well then'," said Klinsmann speaking to the Sky Sports Cameras.

"The most important path now is [for Spurs] to sit down with Harry, discuss the situation and lay out how he can continue his career with Spurs, how the roster will look for next season to make the squad even stronger.

"The quality is there. It needs a bit of fixing up but the key figure in all this is definitely Harry Kane. You've got to do everything possible to keep him."

After netting against Leicester City, Kane claimed his third Premier League golden boot. Only ex-Arsenal forward Thierry Henry boasts more than the Englishman, who now has his sights set on more than individual honours.

With Manchester United, Manchester City and Chelsea reportedly interested in signing the England captain, Kane won't be short of options when picking a new club. If Kane's move is sanctioned, Tottenham's re-building project may be bigger than they first expected if Son also decides to head for pastures new

READ MORE: Antonio Conte's contract clause which edges him closer to being next Tottenham manager