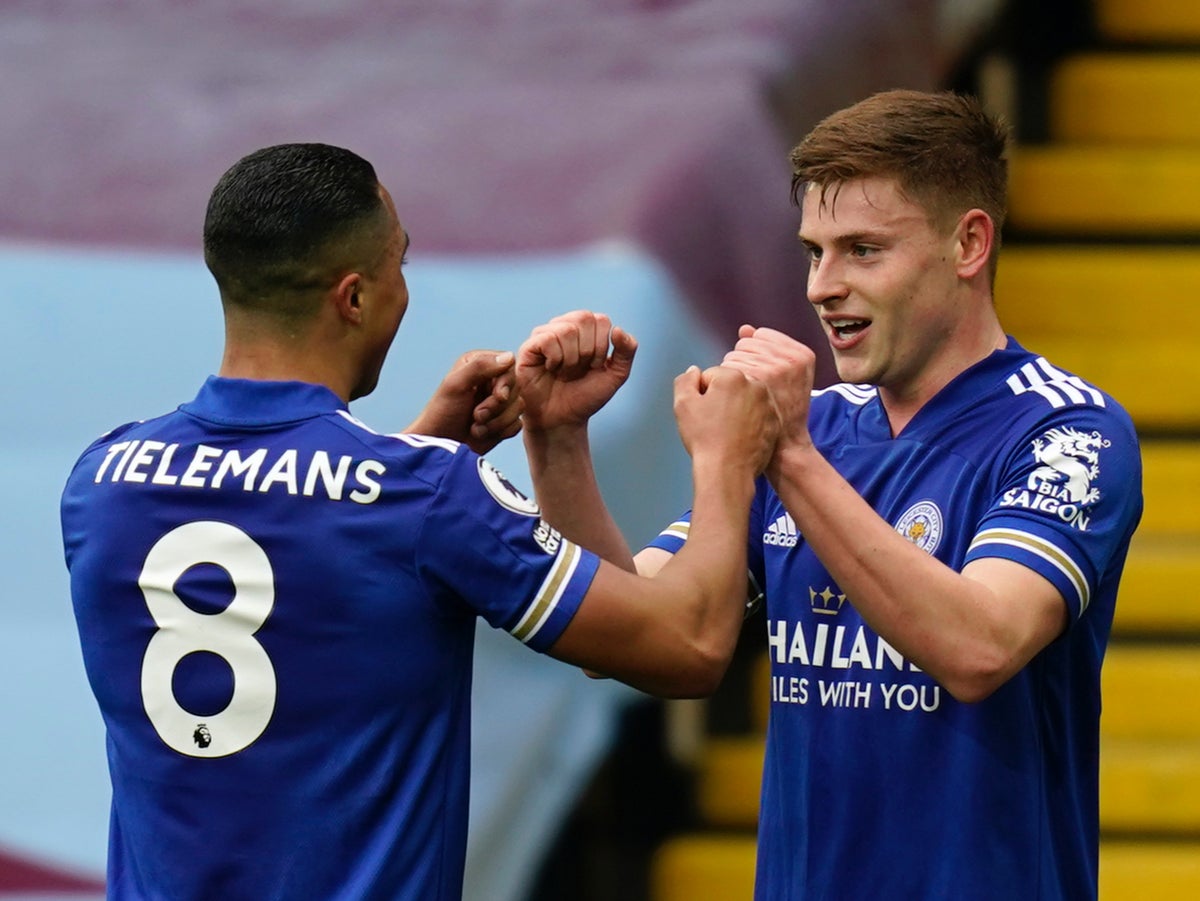 James Maddison and Harvey Barnes scored two quickfire goals as the Foxes claimed a 2-1 win at Villa Park on Sunday.

Manchester United’s 3-1 victory over Newcastle ensured the Foxes remain third in the Premier League, but they are level on 49 points with the Red Devils and four above fourth-placed West Ham.

Brendan Rodgers’ men have lost just once in their last 12 league games and Tielemans believes another gritty win proves their top-four staying power.

“They (Villa) are up there with us and it was a massive win to show that we’re still up there,” he said.

“I think it was a really good first half, especially. In the second half, where they scored early on, we had to stay compact, stay very narrow and dig in until the end and to keep the score.

“That shows our mentality, our composure as well under pressure. The first half was really good. We scored two really good goals and then we tried to keep the ball and manage the game.”

Leicester next host Slavia Prague in the second leg of their Europa League last-32 tie on Thursday, having drawn 0-0 draw in the Czech Republic last week.

But Maddison is now a doubt after coming off in the second half at Villa Park with a hip injury.

“You always play very different types of teams, which is very enjoyable and hopefully we can finish the job on Thursday. It is going to be a very tough game but I hope the guys will be fired up for it.”

Defeat left Villa eighth as they missed skipper Jack Grealish who was out with a shin injury.

Bertrand Traore pulled a goal back in the second half as Villa improved after the break but they never tested Kasper Schmeichel again.

Boss Dean Smith said: “I was concerned about the first half, I must admit, and why we started so one-paced compared to Leicester, who’d had a midweek game.

“You could see fitness levels were there with the players because they were pushing in the second half but you have to start games better than we did.

“We scored and you’re hopeful we can show some quality. You’ve got to credit Leicester because they defended well, and they were hanging on at the end.”