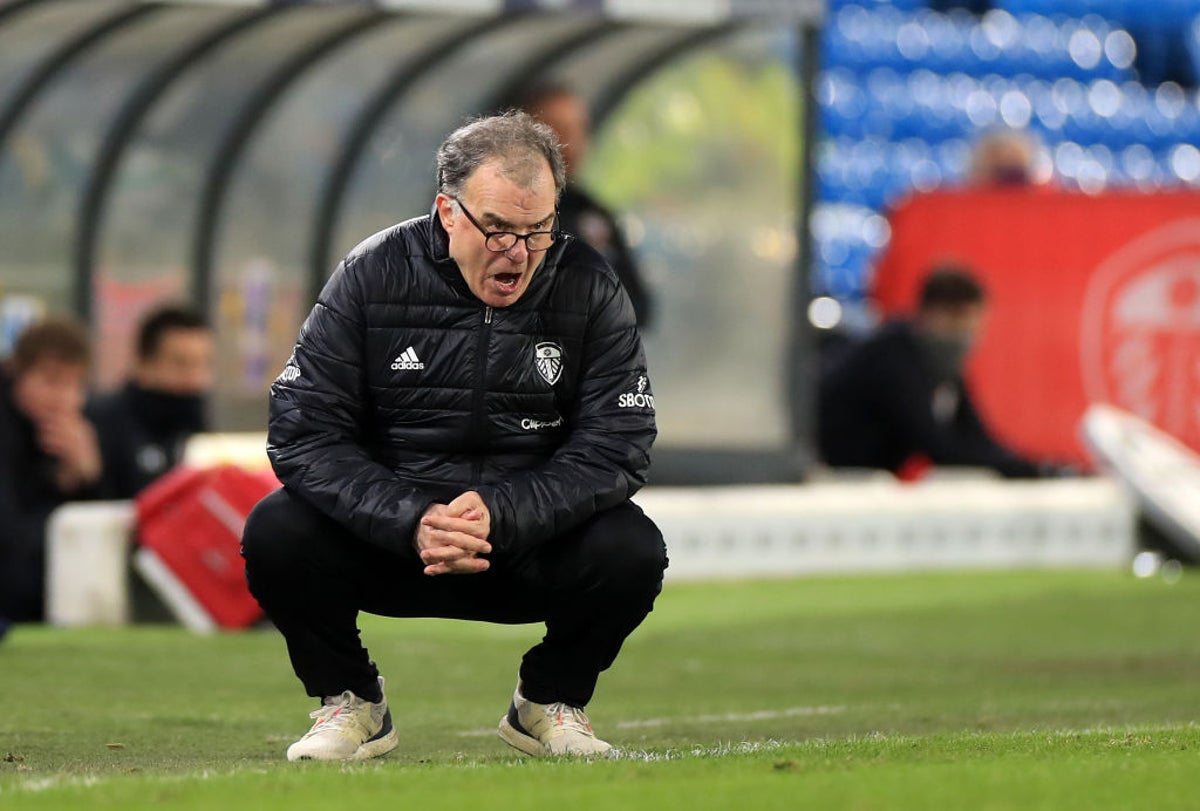 Bielsa has taken his side into the top half

Leeds United welcome Liverpool to Elland Road in the Premier League tonight in a repeat of the two sides’ opening fixture of the season, a 4-3 thriller that the Reds won at Anfield.

Champions Liverpool are clinging on to their top-four hopes, which were boosted by West Ham’s defeat to Newcastle on Saturday, and Jurgen Klopp’s side can go fourth with three points.

The Reds were eliminated by Real Madrid in the Champions League on Wednesday, but defeated Aston Villa in their last Premier League outing and have won their last three domestically.

Leeds pulled off one of the shocks of the season when they beat leaders Manchester City with 10 men last Saturday, and are aiming to finish in the top half of the table in their first season back in the top flight.

Here’s all you need to know before the game tonight.

The match kicks off at 8pm BST on Monday 18 April.

The match will be shown live on Sky Sports Main Event and Premier League, with coverage starting from 7pm BST. Subscribers can stream the match via the Sky Go app. If you’re not a Sky customer you can grab a NOWTV Day Pass here to watch without a subscription.

Leeds can welcome back Jack Harrison to their line-up after the winger was unavailable last weekend against his parent club Manchester City. Captain Liam Cooper begins his three-match suspension after his red card last weekend, while Raphinha is an injury doubt after being substituted with a problem against City. Rodrigo remains out.

Liverpool were wasteful against Real Madrid on Wednesday but played well and looked closer to their best in the 0-0 draw at Anfield. If they can replicate that performance but take their chances at Elland Road they should be able to get the win. Leeds 1-3 Liverpool

Want to bookmark your favourite articles and stories to read or reference later? Start your Independent Premium subscription today.