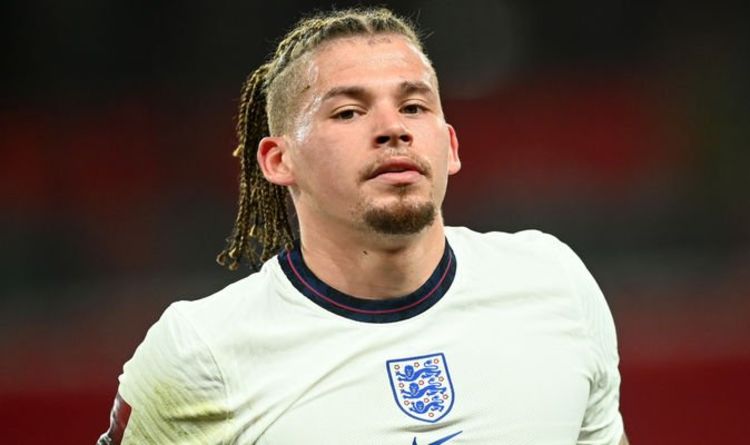 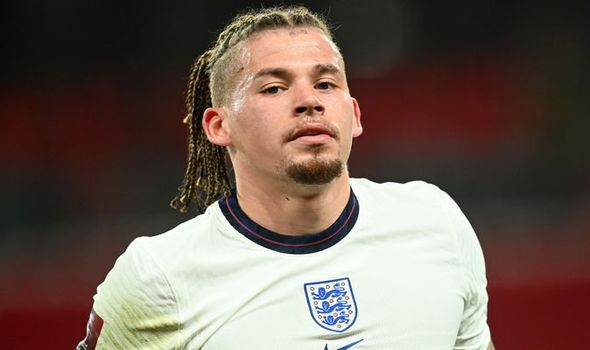 England’s last game before Gareth Southgate names his squad for the Euros was a final trial for Leeds United’s Kalvin Phillips. Paper handed in, his examination was at least one positive for the England manager after a late 2-1 win over Poland in World Cup qualifying.

When Phillips made his debut in Denmark last September in Copenhagen, he bore the look of a slightly startled rabbit. Only just a Premier League player after Leeds United’s promotion, another step up to international football looked beyond him at that stage.

But he has grown before Southgate’s eyes and proved the England manager’s initial hunch was spot on.

He is one of only five players to have started all three of these World Cup qualifiers – a sign of the faith Southgate has in him and the manager’s desire to squeeze as much experience as he can into him ahead of the Euros.

That would appear to be a hint as to his intentions although Phillips’ selection in the 23-man squad may ultimately depend on the fitness of Jordan Henderson who remains sidelined with a groin injury.

Henderson is likely to be back later this month for Liverpool if there are no complications but Phillips, 25, has shown he can play his part if needed. 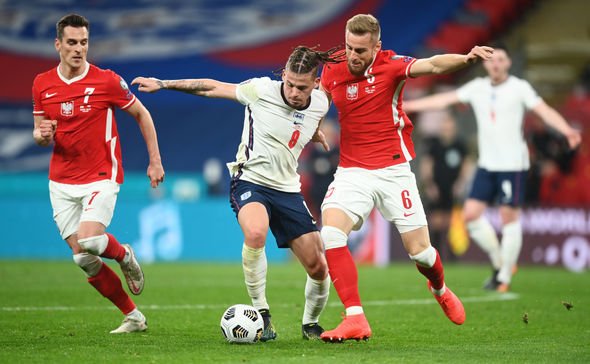 It is an argument whether England need two screening midfielders and a frustration to many but Southgate likes the insurance he and Declan Rice offer as a pair.

While that points to the cautious, pragmatic streak in Southgate, it is simplistic to see them as mere tailors’ dummies, giving Harry Maguire and John Stones someone to chat to during England attacks.

Phillips did have some licence to roam forwards last night and found himself in some semi-promising shooting positions only to pass on the responsibility.

That was a pity as he strikes a fine ball – he had shares in the set-piece duties on Wednesday night – but his main role remains primarily destructive rather than constructive.

Winning the ball back quickly has been one of England’s strengths in this international window and Phillips and Rice have played a key part in that. 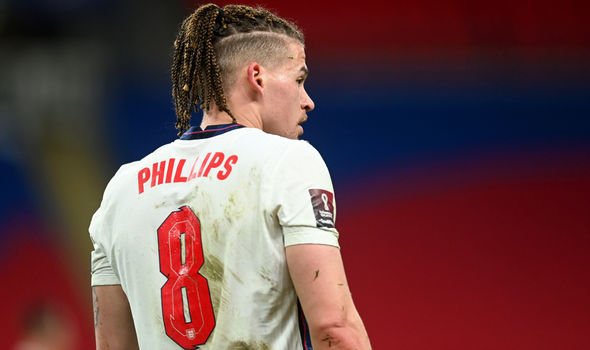 Operating in a congested midfield in the first half last night with the Poles forming a five-man line, he did the simple things well again, recycling possession effectively and helping to break up the visitors’ sorties at source.

When the Poles moved to 4-4-2 at the interval there was more space but it remained a combative contest with the visitors, led by their former West Bromwich Albion man Grzegorz Krychowiak not shy of a tackle. Phillips needed treatment after winning a challenge against Piotr Zielinski and taking some afters for his trouble.

It was a physical affair of the kind rarely seen these days with Dutch referee Bjorn Kuipers happy to officiate it as a contact sport and keep his cards in his pocket. The shoulder barge was back in vogue at Wembley and Phillips did not mind that.

His aim is to return to Elland Road after his time with his country as more of a leader. While that is not an obvious characteristic in him – his off-field nature is smily and easy-going – he can fight the fight on it.

From the Championship to the European Championship in 12 months for a player who had never previously featured for England at any level? It doesn’t sound so daft now. 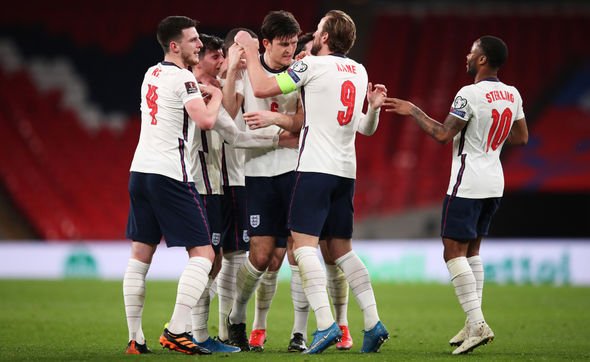 Stones seemed determined to end the run of clean sheets. Nothing he could do in the end.

Always brings a certain swagger to right back – although offered little going forward.

Another challenging opponent, another horrible blunder. But supplied the knockdown for Maguire’s strike.

Proper member of the centre-back union, rescuing England right at the end. Got away with a handball.

Quite content to do the thankless squirrelling around snapping up the scraps.

Another impressive performance from Chelsea’s answer to the Duracell bunny.

He comes deep, he goes up top, he never misses, from the spot. But England needed more.

Earned the penalty and created the most mischief. Still not brilliant best, though.