Leeds and Arsenal are both in need of three points in their first post-international break match with the pair both suffering heavy losses two weeks ago.

The Whites were thrashed by Crystal Palace while the Gunners found themselves on the end of a hammering from Aston Villa at the Emirates.

Arsenal boss Mikel Arteta said: “Obviously it’s been a painful week because normally when you have a defeat at home, you want a game straight away.

“That wasn’t the case but we used that as well to reflect on what we are doing, to analyse why that happened. We were all shocked the way we ended the game, the last 25 or 30 minutes, before that it was a different game but still we have to improve in many areas.

“That consistency is something we need to get much better at and after the good result and brilliant performance at Old Trafford, to get that loss was a shock to the system for everybody. But let’s take the positives out of it, learn and move on.”

He added: “They [Leeds] will go full gas like they always do and they have had two weeks to prepare for the game, they don’t have as many internationals as us and I don’t expect them to change too much. 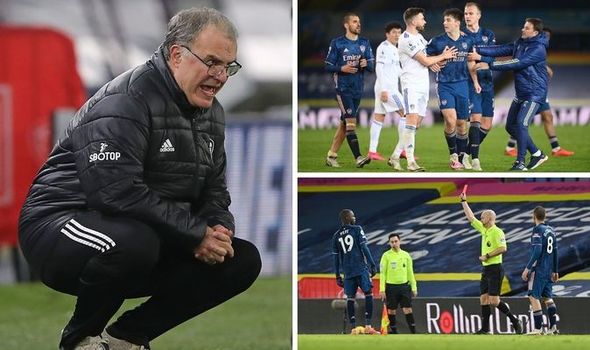 “They are very loyal to their principles, to the way the play and they approach every game the same way, which is to win and to be very aggressive with and without the ball and try to win.

“It doesn’t matter where they play, what I have seen from them in the last season, it is not a concern about who they play against, it is about what they do.”

While Leeds manager Marcelo Bielsa said: “Arsenal is one of the best teams in the league. They have players of hierarchy in all their lines and they have a manager who proposes the style which distinguishes the team.

“Arteta is a coach who wants his team to play as he projects and from a tactical point of view, if you watch Arsenal closely they show things that I have never seen in any other team.

“But, the game that’s being played on Sunday is not comparable to the one we played in January.”