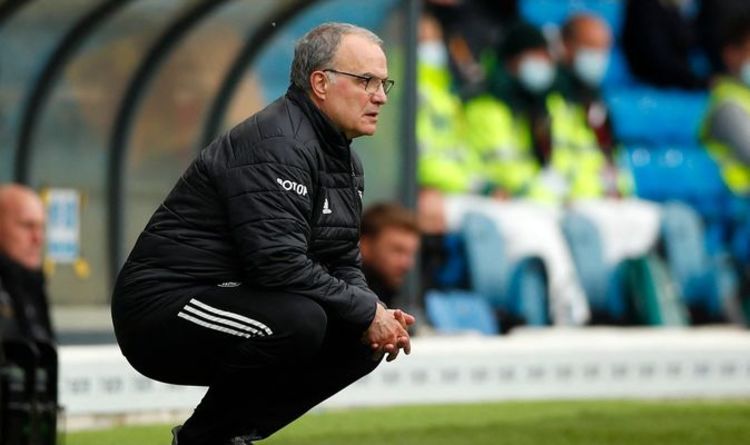 Premier League: How did the season unfold?

Leeds United are reportedly targeting Cagliari midfielder Nahitan Nandez – which could see them end their long-standing interest in Udinese’s Rodrigo De Paul. Nandez has scored two and assisted three goals from defensive midfield this season, helping his side stay clear of the relegation zone.

The Uruguayan, who reportedly has a €36m release clause in his contract, has been interesting Jose Mourinho’s Roma but, according to Calciomercato, they are beginning to focus on other targets.

Leeds, however, are not and could look to sign the 25-year-old this summer.

The signing of Nandez would surely see Marcelo Bielsa end his interest in De Paul, though.

De Paul was the subject of intense speculation that he would become one of Leeds’ most high-profile arrivals upon their promotion to the Premier League last year.

The Argentine playmaker captured the imagination of Whites fans, with his name repeatedly cropping up in gossip columns and Italian media reports.

JUST IN: Bamford’s Chelsea transfer dig should be warning to Abraham 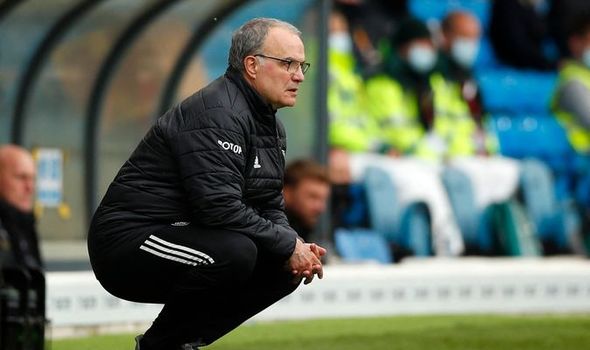 Those rumours reached their height in September when De Paul directly replied to a tweet by Leeds fanzine The Square Ball which suggested a move hinged on the two clubs agreeing terms over a fee.

He wrote “yes” alongside a fingers-crossed emoji before deleting the post later on.

The 26-year-old ended up staying put in Italy and Leeds instead signed the likes of Diego Llorente, Robin Koch, Rodrigo and Raphinha to strengthen their squad after winning the Championship.

And, despite the release clause, the Cagliari owner Tommaso Giulini is reportedly ready to listen to offers and negotiate for his player, due to his good relationship with Leeds chairman Andrea Radrizzani.

Bielsa is clearly looking for a tenacious midfielder this summer, having been linked with Fiorentina’s Erick Pulgar during the January transfer window.

And Nandez certainly fits that profile, and he could be tempted to join fellow Argentine Bielsa in Yorkshire.

That is if Roma don’t turn their attentions back to Nandez, but it seems that they are focused on other targets.

They have been linked with a plethora of midfielders since Mourinho was appointed as manager, including Nemanja Matic, Pierre-Emile Højbjerg, and Eric Dier. 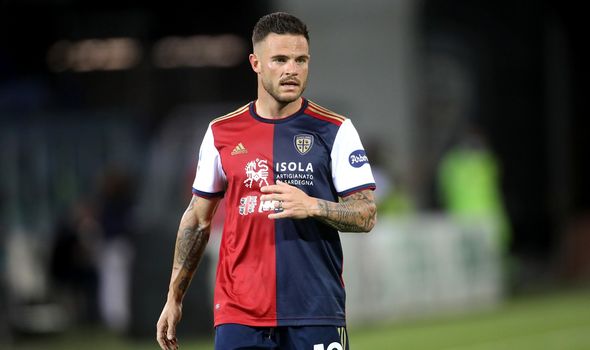 The Italian club are, however, rumoured to be looking to offload Lorenzo Pellegrini.

With Mourinho eyeing a number of midfield recruits ahead of his appointment at the Stadio Olimpico in the summer, Pellegrini could be surplus to requirements.

This has drawn the attention of Liverpool, who are looking for a replacement for Gini Wijnaldum.

Wijnaldum is expected to sign for Barcelona, with his agent pictured at the club’s offices.