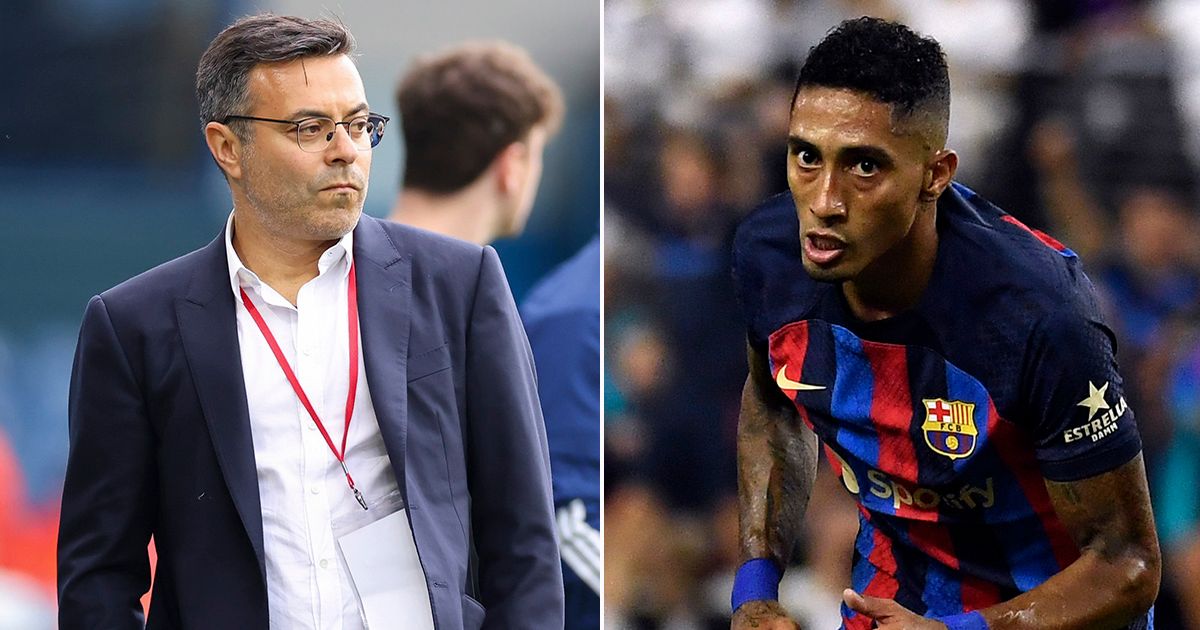 Leeds United owner Andrea Radrizzani has admitted he is "ashamed" of Raphinha's summer transfer saga after reneging on a promise to Todd Boehly.

Chelsea's £55million agreement with Leeds was confirmed as a "done deal" by the Whites chief before the Brazilian's dream move to the Camp Nou opened up at the 11th hour. Also pursued by London rivals Arsenal and Tottenham, Raphinha snubbed a move to the capital by failing to finalise personal terms whilst Barcelona submitted an offer the Yorkshire side deemed acceptable.

"For me, it was done [a deal with Chelsea], and when I have a deal my word is my word," Radrizzani told The Athletic. "I felt ashamed to go back to Todd Boehly and change my position."

READ MORE: Chelsea finally get one over on Barcelona in transfer market as Azpilicueta extends deal

"We made the deal with Chelsea because the player wanted to go and he was open to listening to offers from Premier League clubs. Chelsea was his favourable [option].

"But unfortunately, let’s say Barcelona influences convinced the player to wait, to wait, to wait until they could find a solution. This shows again the power and the leverage players and their agents have in the system, which for me is exaggerated, too much.

"We do a lot of investment to build clubs. We invest hundreds of millions but all the power it seems to be [with] agents and representatives of these players."

HAVE YOUR SAY! Was Raphinha right to snub a move to Chelsea? Let us know in the comments section.

The 25-year-old then penned a five-year deal in Catalunya, netting an eye-watering £100k-a-week as Barcelona started to make a habit of infuriating Chelsea in the transfer window.

As well as nabbing Raphinha, the La Liga giants plucked long-standing target Jules Kounde from under Boehly's nose and also convinced Andreas Christensen to run down his deal at Stamford Bridge so that they could sign him on a Bosman.

The cherry on the cake was the renewal of Ousmane Dembele's contract, who the Blues had been tracking for months amidst Barca's ever-depleting financial situation.