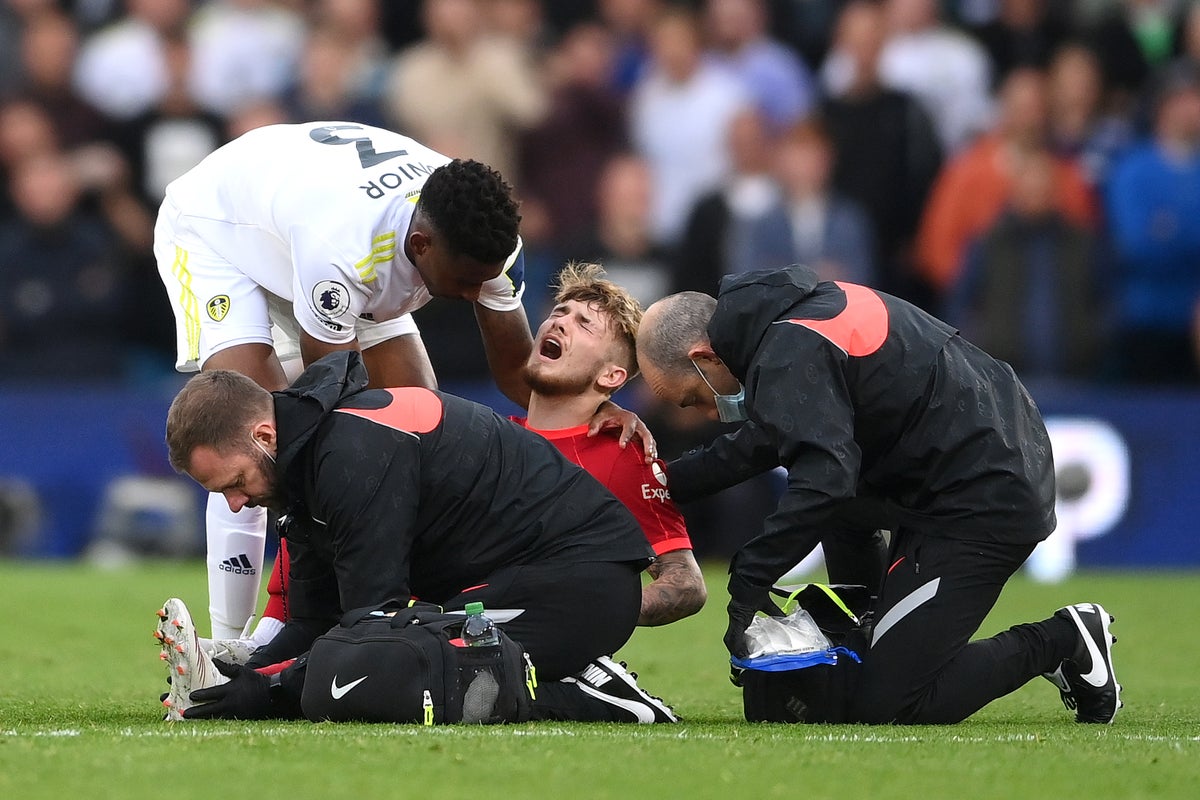 Harvey Elliott was in pain on the pitch

Struijk, 22, was shown a straight red card by referee Craig Pawson after VAR intervention for his second-half challenge on Liverpool teenager Harvey Elliott.

Elliott, 18, needed lengthy on-field treatment and was carried off on a stretcher after badly dislocating his left ankle, but Pawson had initially let play continue. 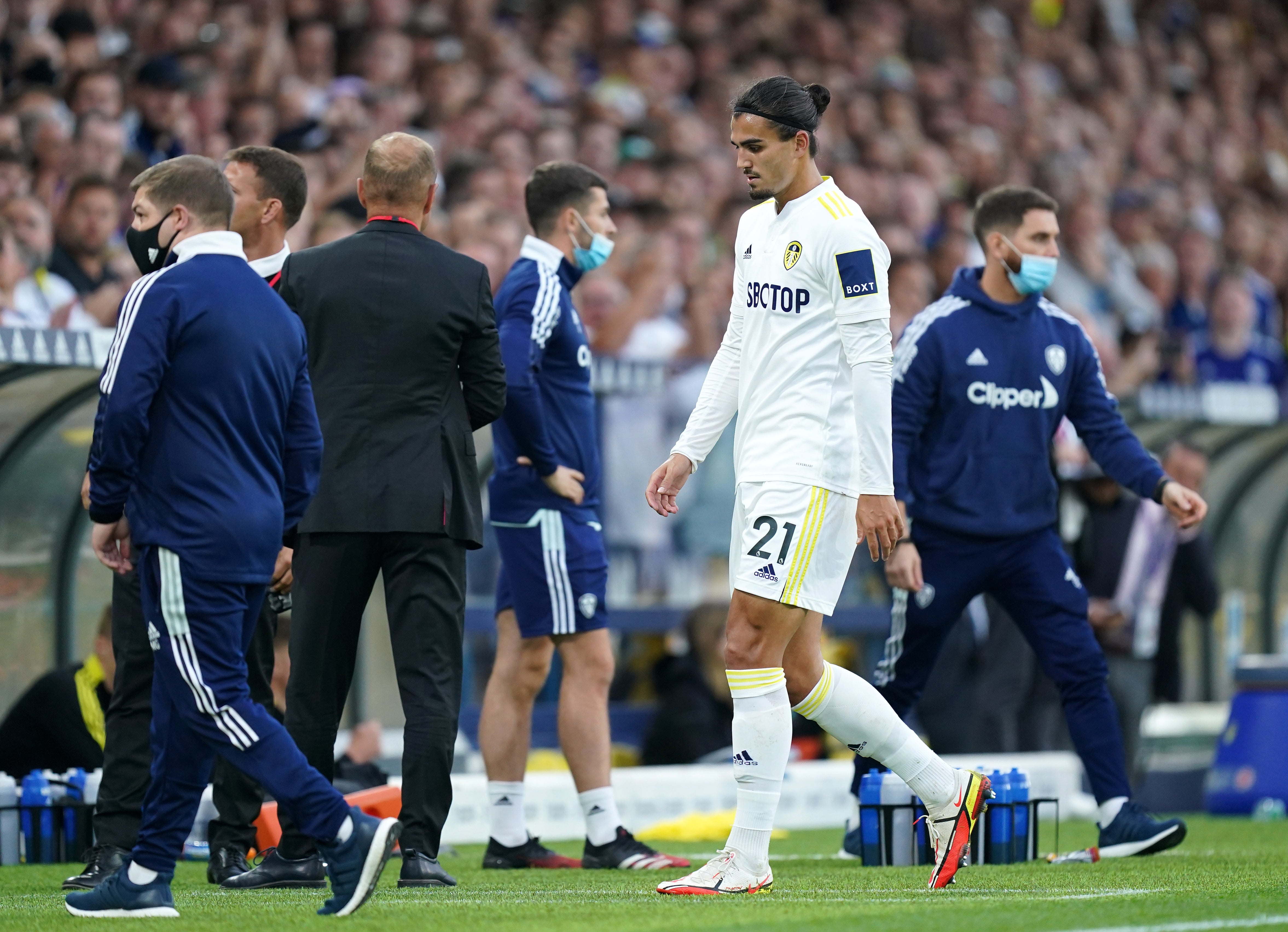 Former Fulham midfielder Elliott was taken to Leeds General Infirmary and later discharged. Liverpool manager Jurgen Klopp confirmed during his press conference on Tuesday that the player had undergone surgery.

Leeds confirmed their appeal on Tuesday and said they would not be making a statement until the outcome is known.

Both sets of players and managers, and most pundits, agreed there had been no malice in Struijk’s tackle.

Pawson did not initially caution Struijk, but sent him off after VAR intervention, while pundits debated after Liverpool’s 3-0 win whether the incident had warranted a straight red card.

Elliott said on Instagram on Monday: “I’m of course absolutely devastated with what happened yesterday at Leeds, but have been totally overwhelmed by the love and support shown to me by the entire football world following the injury.

“Also a massive thanks to everyone inside Elland Road for the reception you gave me immediately after it happened.”