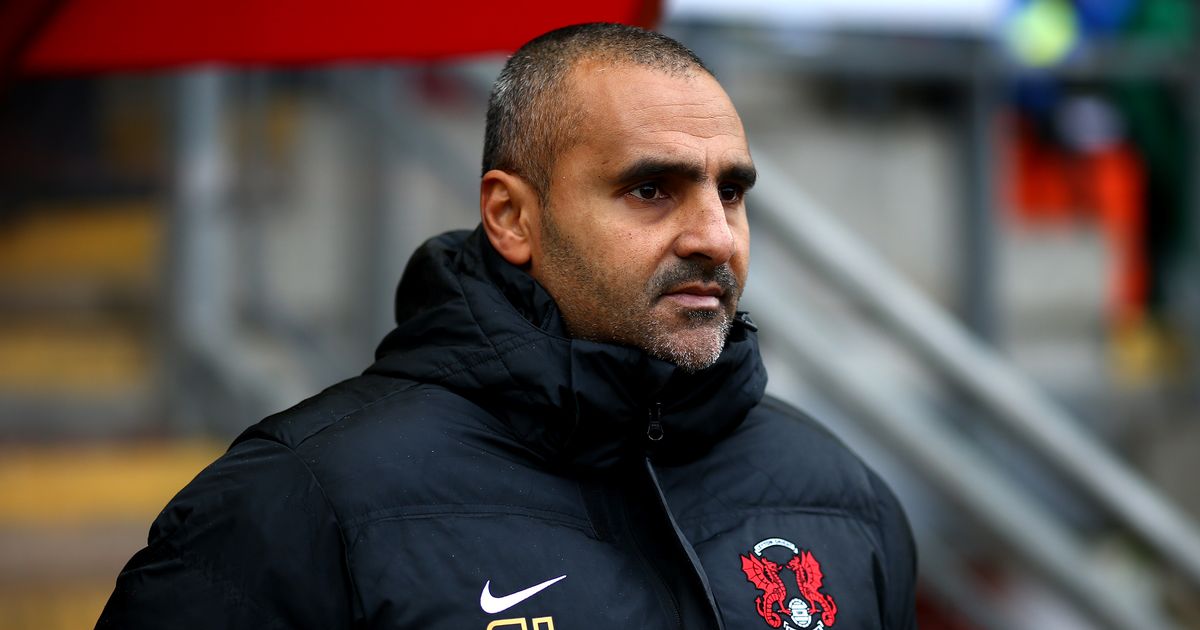 Lazio are ‘considering’ a move for a former Leyon Orient manager who last just 27 games and got the club relegated.

The Italian side are leader-less after losing Simone Inzaghi to rivals Inter Milan following the departure of Antonio Conte – three weeks after their Serie A title win.

With the blue side of Rome finishing sixth to qualify for the group stages of the Europa League, they carry some weight as a prospect for a manager.

But Sky Sports Italia [via Football Italia] have reported that their pursuit of a new boss could see Lazio turn to a man who tasted relegation in English football.

The side in the Eternal City are prioritising Maurizio Sarri, who has been out of a job since August last year after his departure from Juventus.

Having met several times with the club’s director of sport Igli Tare, a meeting was expected to take place with president Claudio Lotito on Thursday.

But the reported states that, should they fail to lure the former Chelsea boss to the Stadio Olympic, they will 'consider' turning to Fabio Liverani.

Who should Lazio sign to replace Simone Inzaghi? Let us know in the comments section.

The 45-year-old has been out of work for eight months after being sacked by Parma with just four wins from 18 games after stints with Genoa, Ternana and Lecce.

His most infamous stint, though, came with Leyton Orient during the 2014/15 seasons.

Arriving in December that season at the League One side following the departure of Mauro Milanese, the Italian inherited a side with just four league wins from 19.

Liverani, though, could not turn their fortunes around as he recorded eight from 27 games – not enough to survive the drop to League Two.

The 45-year-old was immediately shown the door at the end of the season, taking a year off before arriving at Genoa.

But the Italian does know the blue side of Rome, having made more than 100 appearances over five years for Lazio as a player before leaving in 2006.

In a huge European shuffle of managers, Conte is expected to head to Tottenham after they made a £17m offer for his services to replace the sacked Jose Mourinho, rivals Roma's new boss.

READ MORE:4 Inter Milan and Chelsea players Antonio Conte could take with him to Tottenham