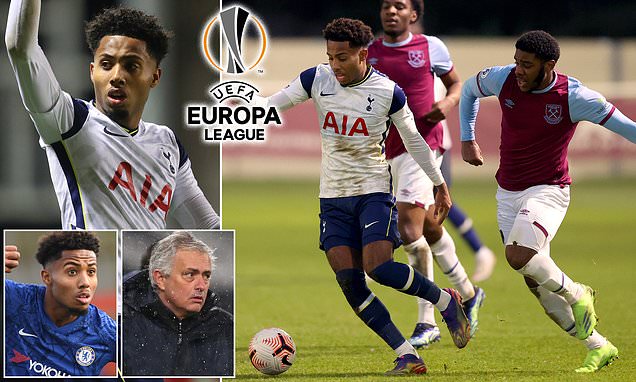 Marcel Lavinier is the speedy right back only joined Spurs in October after being nabbed from Chelsea… but will he get a chance to impress after being named in Jose Mourinho’s Europa League squad?

Chelsea are perhaps spoiled for choice when it comes to their young talent – with the quality on offer in the first team, Stamford Bridge is perhaps one of the toughest places to break through.

Marcel Lavinier found this out the hard way when he was released by the club last year having spent 12 years with them, initially joining the Under-8s before progressing to the U23s. But the 20-year-old turned his rejection into a redirection – earning a contract with Tottenham in October after impressing on trial.

Lavinier – who holds both UK and Portuguese citizenship, is yet to play a senior game for Spurs and hasn’t been in north London for long but has already been named in the club’s 25-man Europa League squad for the knockout stages.

Spurs boss Jose Mourinho – not often one to place his faith in youth – clearly sees something special in Lavinier to name him in his senior group, but what does he have to offer the first team and how has his career progressed so far? Sportsmail takes a closer look. 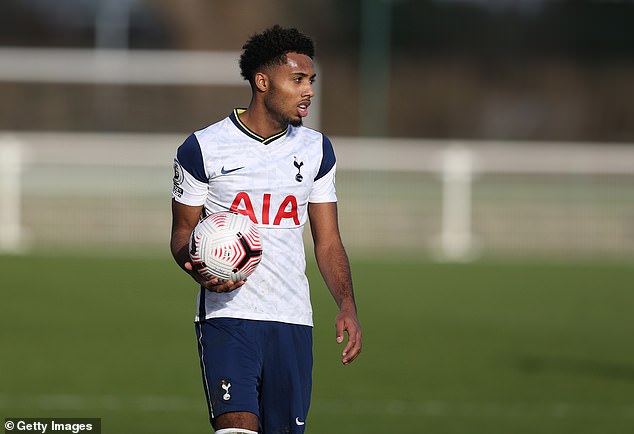 Born in London, Lavinier has represented both England and Portugal at youth international level thanks to his dual nationality.

The defender first linked up with Chelsea at the age of seven and made a quick impression during his time at the Bridge. Lavinier was a key member of the U18 side that won the U18 quadruple in the 2017-18 season and hoped to become one of the players to progress to the first team under Frank Lampard – who was keen on promoting young talent before his sacking last month.

Last season he played 10 times for the U23s in Premier League 2, scoring once and providing one assist, but hadn’t appeared at all for the club in 2020-21. Eventually he received the news this season that his contract wouldn’t be renewed by the Blues – a tough wrench for any youngster after devoting his entire early career to the club. 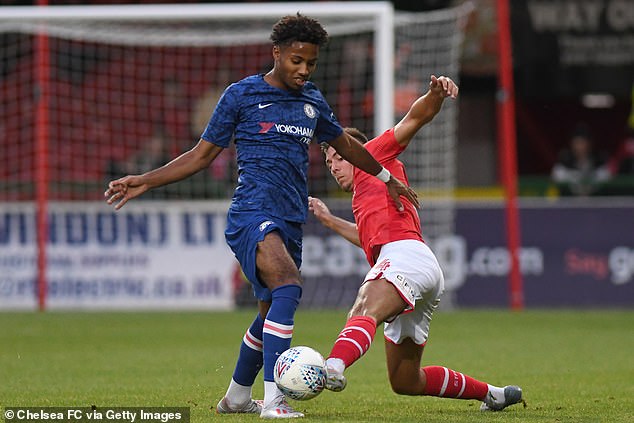 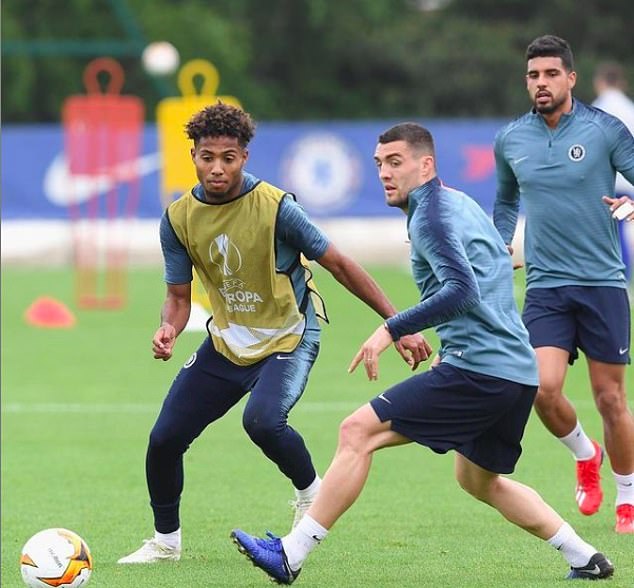 Lavinier, an England and Portugal youth star, has trained with the Chelsea first-team players 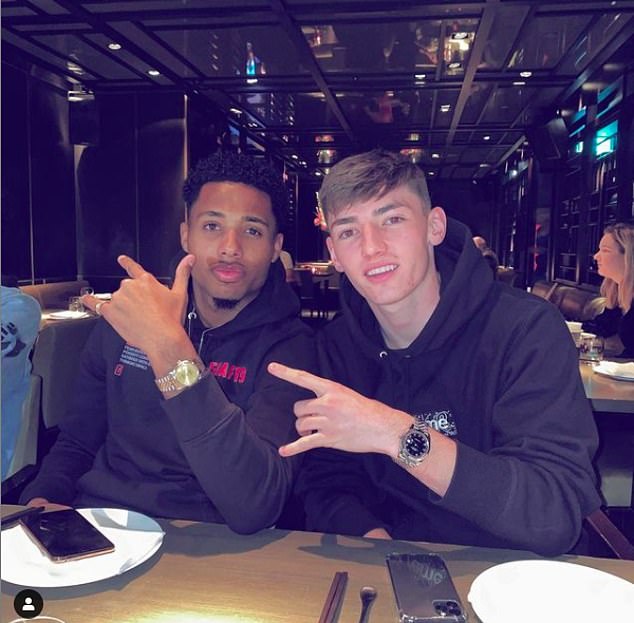 He is a close friend of Chelsea’s Billy Gilmour, who has gone on to break into the senior side

He had been invited to train with the first team for spells, and had close connections at the club. He is pals with fellow youngster Billy Gilmour, the midfielder who has managed to progress into the first team.

He spent time on loan with Ligue 1 side Lyon and later Tottenham – where he made a real impression and rewarded with a contract. In a statement on Instagram he admitted his heartache to leave ‘the only club I’ve known’.

‘This isn’t easy for me to say as this is the only club I’ve known for the past 12 years of my career. I want to thank all the staff & coaches at @Chelsea for their help and developing me into the player I am today,’ he said.

‘I’ve made friends who have turned to brothers and made some memories that I’ll never forget. It’s time for me to take the next step in my career and I wish everyone at Chelsea FC the very best in the future. You’ll always have a place in my heart.’ 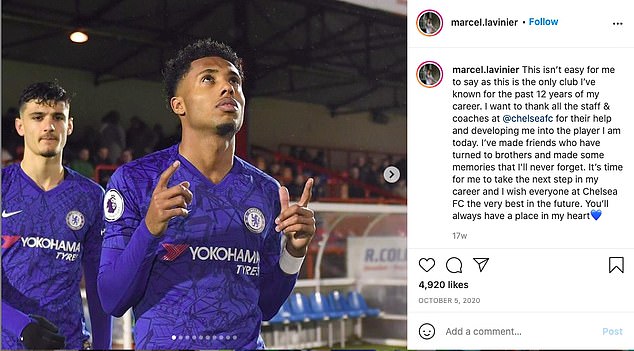 What is his style of play?

Lavinier primarily plays as a right back – and his speed is a huge asset, but his versatility also stands out.

He’s able to play anywhere along the back four and has occasionally featured at left back while turning out for Tottenham.

Lavinier loves to get forward and is very direct – often looking up and aiming to ping balls into the area, but he’s an equally competent defender.

He doesn’t mind getting stuck into a tackle, and also has the confidence to play his way out of danger if the situation allows. 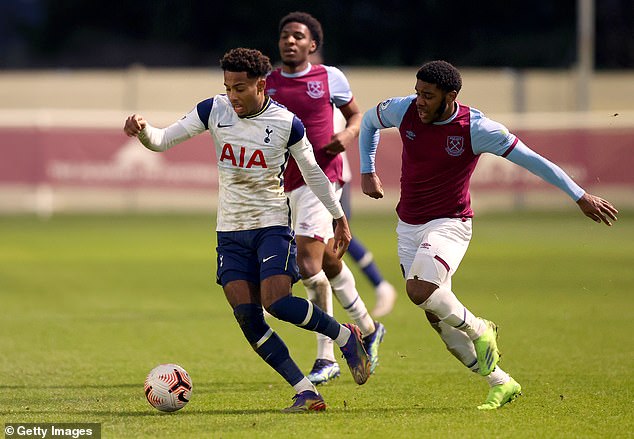 What are his strengths?

His confidence is boosted by how comfortable he is on the ball – he’s a decent finisher for a defender and has considerable technique, making him a great option as an attacking full back.

Lavinier is also incredibly driven – he clearly has the desire to make it as a top player and believes he is on a path to acheive just that. On his social media channels you’ll often find him posting quotes like ‘trust the process’ and ‘never lose faith in the journey’.

This is a player who has taken his knocks but has quickly managed to find new opportunities and is ready to grasp them.

The one thing he needs is more experience at the highest level, and he’ll certainly get that should he be introduced in the Europa League. 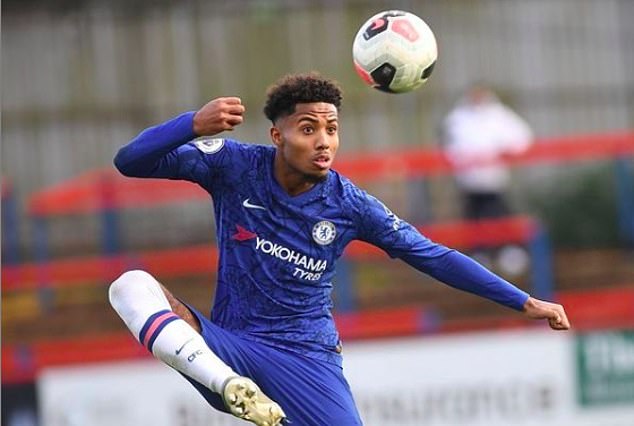 What has he said about his move?

Posting a picture of himself signing his new deal with Spurs, Lavinier wrote: ‘Delighted to have signed for @SpursOfficial in the next step of my career. Very big club with very high ambitions.

‘Grateful for this opportunity and I can’t wait to get started!’

He’s already played 12 times for Spurs since his move – starting each games and only twice failing to play the full 90 minutes.

His first goal for the club came in a 5-1 win over Brighton U23s – putting gloss on the victory in stoppage time having started the game at right-back.

He’s been deployed in the position on seven occasions, but has shown he has no problems on the opposite flank – featuring at left-back five times. 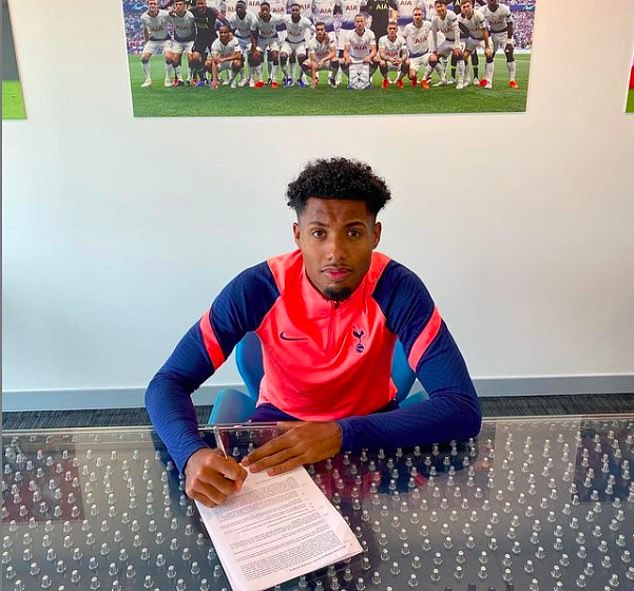 What are his chances of appearing for Spurs?

Lavinier was named in Tottenham’s A-list of players for the Europa League – alongside the core group of senior players, while a selection of youngsters were named in the B-list.

While the 20-year-old shouldn’t be drawn too much into that (his inclusion in the A-list may be an administrative necessity), his versatility should give him a good chance of making an appearance. Mourinho has taken two right-backs – Matt Docherty and Serge Aurier, and two left-backs – Sergio Reguilon and Ben Davies.

In the B-list, fellow youngster Japhet Tanganga – who can also play anywhere in defence – was also included, as well as full-back Dennis Cirkin.

However, a notable omission from the squad was centre-back Joe Rodon, who has played regularly in the first team since signing from Swansea this season. He was left out because he didn’t qualify as a homegrown talent – leaving the door open for Lavinier.

There are only three ‘out-and-out’ centre-backs in the group – Toby Alderweireld, Eric Dier and Davinson Sanchez. Should Mourinho need a fourth as back-up, he’ll have to pick between Lavinier and Tanganga. 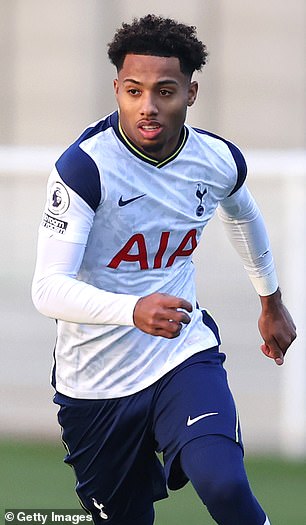 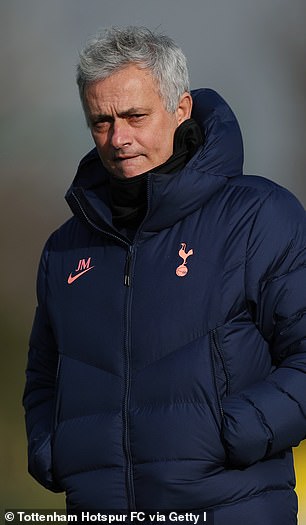