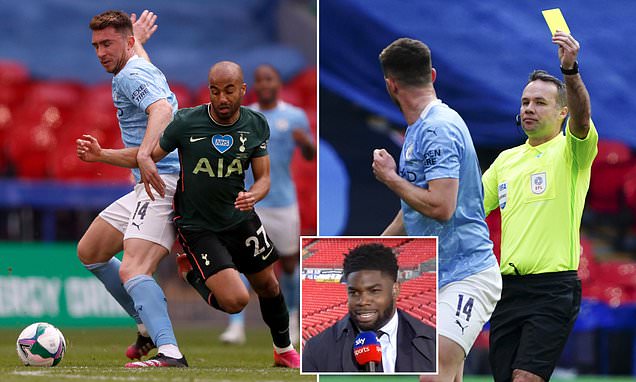 Aymeric Laporte was ‘very lucky’ to not be sent off in Carabao Cup final against Tottenham, says Micah Richards – after defender made two cynical first half tackles on Tottenham’s Lucas Moura

Micah Richards believes Aymeric Laporte was ‘very lucky’ to not be sent off for Manchester City against Tottenham in the Carabao Cup final.

The defender avoided an early yellow card after he brought down Lucas Moura as Spurs tried to form a rare counter attack through the Brazilian winger.

Despite plenty of protest from the Tottenham players, Laporte avoided his name being taken down in referee Paul Tierney’s book. 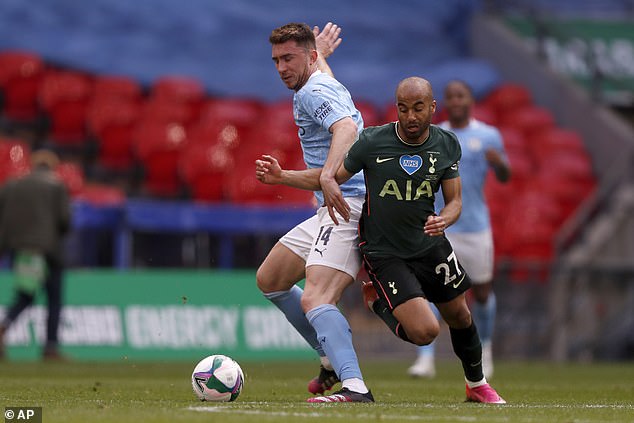 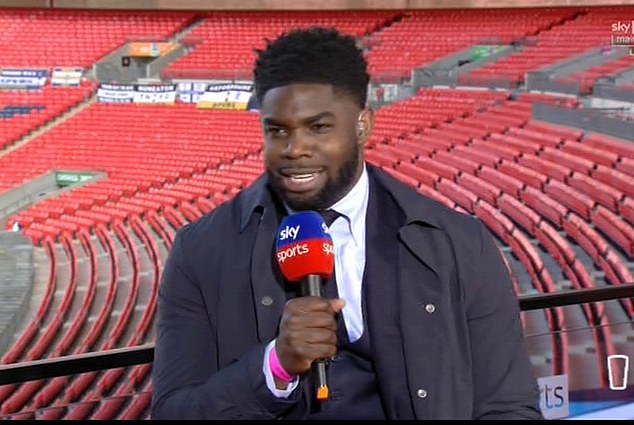 The Frenchman eventually was cautioned at Wembley Stadium after taking down Moura once again to halt another dangerous Spurs attack.

While neither challenge was deemed dangerous or malicious, both were cynical and former City defender Richards admitted that he was lucky to be on the pitch.

‘The first one is definitely a yellow card, and so is the other one,’ Richards explain to Sky Sports at half-time of the final. 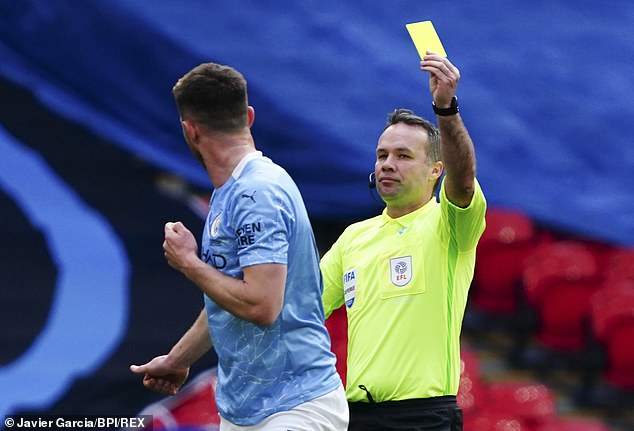 ‘He should be sent off. The second one, he does get the yellow card and is fortunate to stay on the pitch.

‘He is very lucky, I’ll be totally honest with that. But sometimes in the game you get that bit of luck.’

Former Tottenham defender Michael Dawson agreed with Richards as he added: ‘Laporte got away with one there, he should have definitely gone there.’