‘What happens on the pitch stays on the pitch’: Erik Lamela and Benjamin Mendy reveal they have no hard feelings towards each other after Manchester City man aimed a punch at the Tottenham striker during Premier League clash at Wembley

Manchester City defender Benjamin Mendy and Tottenham winger Erik Lamela have revealed that they have no hard feelings towards each other after their clash at Wembley on Monday night.

City prevailed with a 1-0 victory over Tottenham in the Premier League fixture, but the flashpoint between Mendy and Lamela was one of the main incidents up for debate.

Mendy appeared to hit out at Lamela but will face no retrospective action from the FA over the incident. 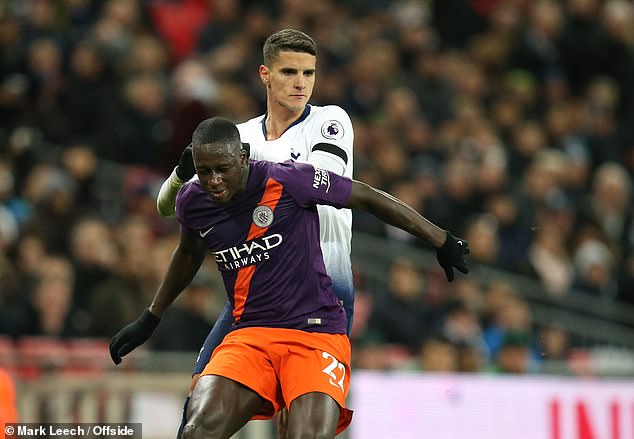 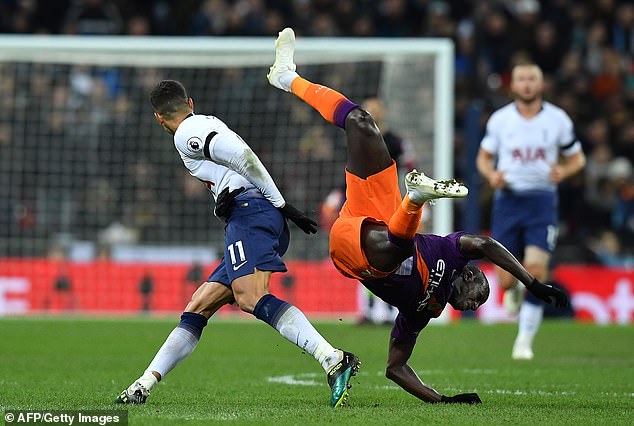 Benjamin Mendy will face no punishment from The FA after lashing out at Erik Lamela in Man City's 1-0 win over Tottenham. #THFC #MCFC pic.twitter.com/Vq6fnt7QpY

The left-back didn’t make contact with Lamela and the incident wasn’t seen by referee Kevin Friend.

The pair took to Twitter to reveal that they don’t bear a grudge against eachother.

Asked about the incident by a Tottenham fan, Mendy replied: ‘Lamela & me are good after game dont worry (and stop snitchin lol)’. 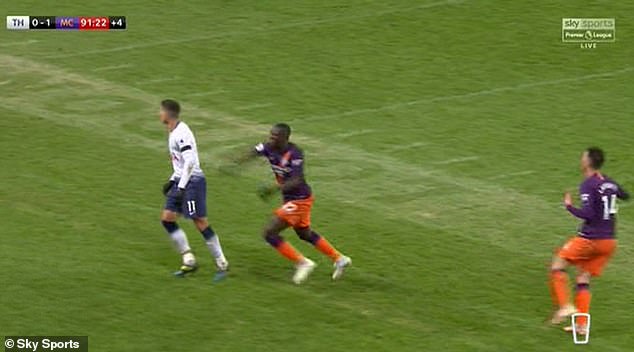 Lamela then confirmed that was the case as he wrote: ‘Yeah bro we’re good! What happens on the pitch stays on the pitch’.

City’s win saw them preserve their unbeaten start to the Premier League season and Pep Guardiola’s side return to action on Thursday night in the Carabao Cup as they host Fulham.