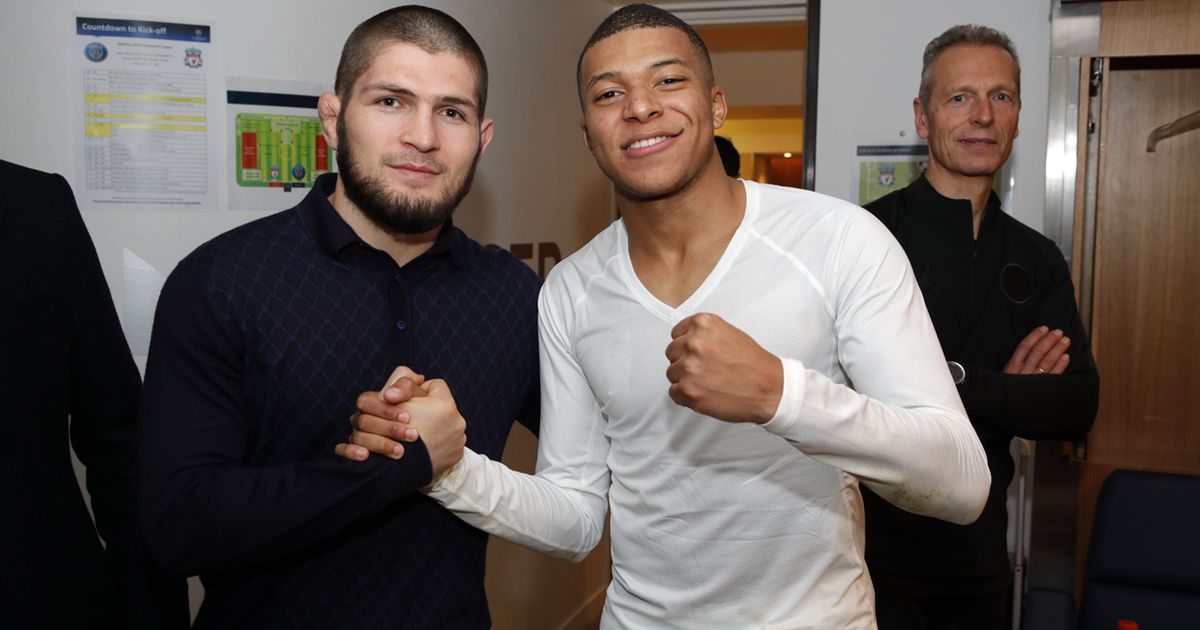 Kylian Mbappe did not keep his shirt after scoring a hat-trick as PSG thrashed Barcelona 4-1 in the first leg of their Champions League last-16 tie.

Instead the Frenchman gave it to UFC superstar Khabib Nurmagomedov with the lightweight champion at the Nou Camp.

Mbappe impressed on the biggest stage of all as he outshone Lionel Messi with a stunning hat-trick.

It means last season’s Champions League runners-up take a commanding lead back to the French capital for the second leg on March 10.

And while Mbappe was undoubtedly proud of his achievements, he decided to give his match-worn shirt to Khabib.

The UFC star exchanged words with Mbappe following the clash with the PSG ace signing his shirt and handing it over.

Despite the first leg thrashing, Mbappe is not looking too far ahead, saying: “There are 90 minutes left and they have great players. There’s still a second leg.

“Perfection doesn’t exist. I’m happy with the result and performance, but we have to stay humble.

“We have a big match against Monaco on Sunday and we’re already thinking about that.”

While BT Sport pundit Rio Ferdinand believes Mbappe will become the best player in the world.

He said: "This guy is the guy who is going to take over the throne from Messi and Ronaldo when they're done with it.

"He's gone and given a statement. He's said 'This is men now. I'm the man for this big stage'.

"Mbappe is on his own. People forget he's 22 years old, given he's won the World Cup, what he's done in French league, in the Champions League he's been immense.

"I just feel he's the guy now who's going to take that throne, take the crown and be there. He's standing alone at the moment and it's for everybody to catch up with him."