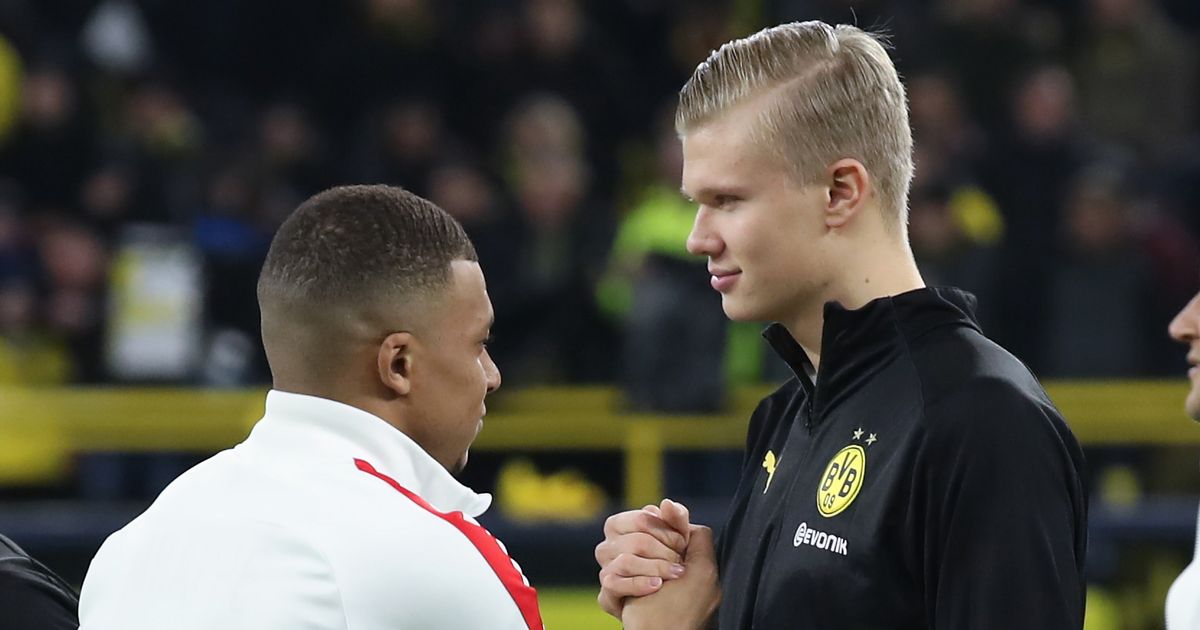 Both Kylian Mbappe and Erling Haaland are showing no signs of fatigue as the young forwards continue to take the Champions League by storm.

Haaland scored twice against Sevilla in Spain on Wednesday in a 3-2 win for Borussia Dortmund just 24 hours after Mbappe netted a treble against Barcelona on the opposite side of the country.

Although the Norwegian is two years younger than the World Cup winning Frenchman, his individual form has led to comparisons between the pair in front of goal.

As noted by Gary Lineker, Mbappe and Haaland have scored a combined 28 goals in Europe since the start of last season – with Messi and Ronaldo combining for just 15. In total, Haaland has now scored 18 goals in 13 Champions League appearances with two assists, having played for both Red Bull Salzburg and Dortmund in the competition.

Mbappe on the other hand has scored 24 goals and created another 16 across 41 matches in the competition, playing for both Monaco and PSG.

That gives the Norwegian a goal contribution ratio of 1.53. And Mbappe 0.97.

In terms of Champions League goals before their 21st birthday, Mbappe had 19, with Haaland now on 18. A huge compliment for Mbappe came from international team-mate Antoine Griezmann this week, who brought up the talents of Ballon d’Or juggernauts Messi and Ronaldo.

"I am happy for him," Griezmann told RMC Sport. "He has been criticised a lot, but that is what happens when you are someone for a little while.

"As soon as he plays less well, we criticise him. It is quite easy. But I believe that PSG have a future star, one who will be on the level of Leo and Cristiano. He had a truly great match." With former Norway boss Lars Lagerback saying of Haaland last year: "I've maybe been around too long but I have never seen a guy since maybe Messi or Ronaldo that developed at such a young age.

"That's very unique and he has all the possibilities to become a really world-class player – if you look at the offensive third of the pitch and in the box then he's already absolutely top class.

"He perhaps has a little bit more to do in the link play but being so young, he's already at a really high level.”