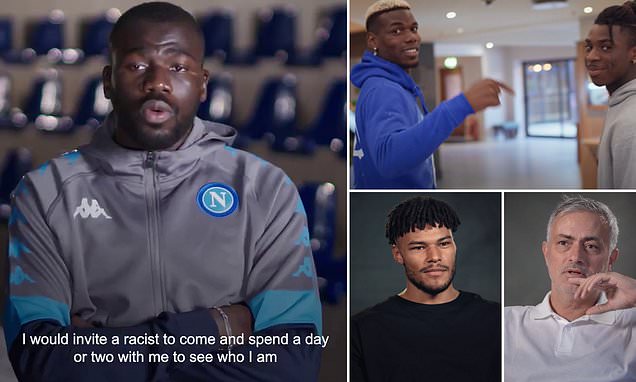 ‘I would invite a racist to spend a day with me’: Kalidou Koulibaly leads the way in new UEFA documentary ‘Outraged’ about discrimination in football… with Paul Pogba, Jose Mourinho and Tyrone Mings adding their voice against forms of prejudice

Kalidou Koulibaly says he would like to spend a day with a racist as the Napoli defender spoke defiantly as part of a new UEFA documentary titled ‘Outraged’ on discrimination in football.

The 53-minute long film includes a number of stars – from Paul Pogba and Jose Mourinho to Tyrone Mings and Megan Rapinoe – talking about different examples of discrimination whilst involved in the game.

Racist abuse and prejudice in football is a key aspect of the documentary, but it also focuses on abuse of a homophobic, sexual and religious nature, with Juan Mata, Hope Powell and UEFA president Aleksander Ceferin other contributors to the powerful footage. 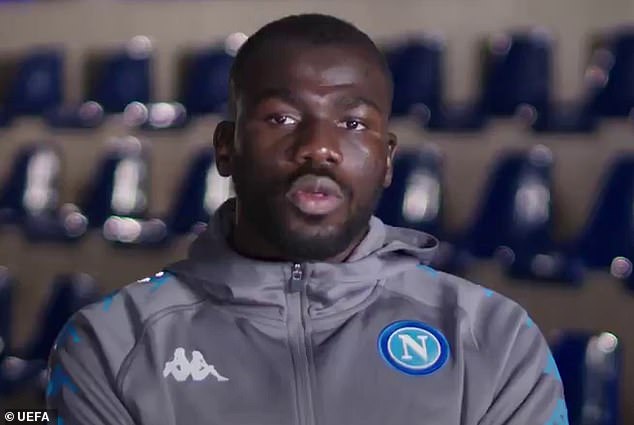 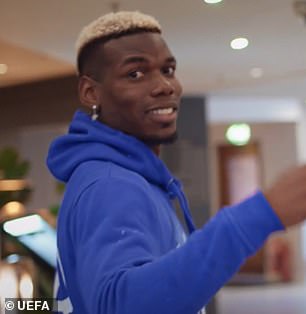 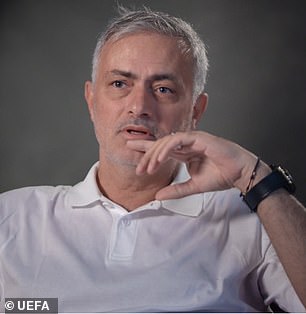 Napoli centre back Koulibaly, who has been subject of racist abuse during his time in Italy, said definitively: ‘I think that racism is one of the biggest scourges of today’s football because we are all equal on the pitch, we all come from different backgrounds.

‘I would invite a racist to come and spend a day or two with me to see who I am and what issues they have with me, because I don’t have a problem with anyone.’

The film begins with Manchester United and France midfielder Paul Pogba in conversation with 20-year-old Italian striker Moise Kean, currently on loan at PSG from Everton.

Whilst Kean was playing for Juventus, he was subjected to racist abuse in a match against Cagliari in April 2019, reacting to the crowd after he scored and he spoke to Pogba about the incident. 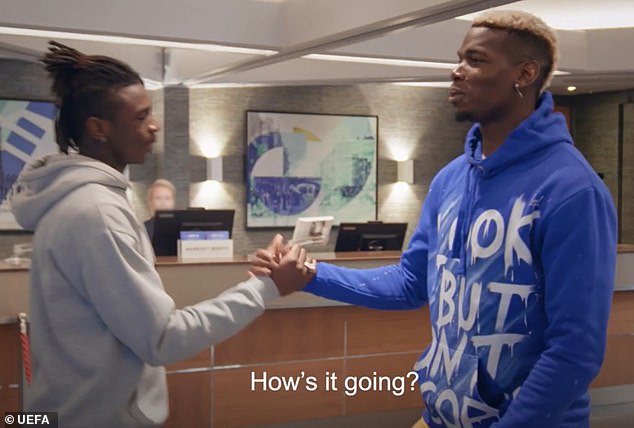 ‘I didn’t deal with it in a positive way because I was sad. Sad because it’s horrible to be insulted for the colour of your skin on the pitch is not a nice thing.

Aston Villa and England centre back Tyrone Mings also opened up on his experience of dealing with racist abuse, whilst playing for his country in Bulgaria in October 2019.

‘The game kicked off and straight away it was quite clear monkey chants,’ Mings described. 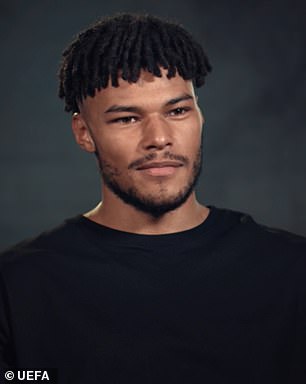 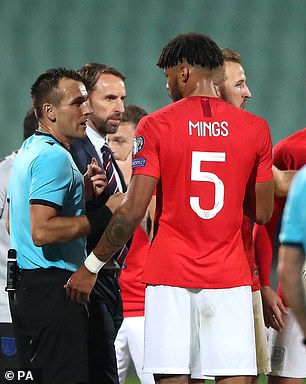 ‘I went over to play a pass, and I heard it quite clearly to say “Oi, can you hear that?” I’ve asked the question and it got picked up on camera which is a great thing because it then made the people in the studio talk about it. The game was obviously stopped and we followed the UEFA protocol…

‘White people and other ethnic minorities have such a role to play as well as allies because you don’t have to go through something to know right from wrong. If you’re doing nothing about it I think you’re part of the problem.

‘I think if you can stand there and say “it’s nothing to do with me, I don’t want to get in the firing line so I’m just going to say nothing” than it’s just as bad as being racist I think.’

In features later on in the film, Dejan Lovren talks about being part of a family of refugees, there is a discussion on Mohamed Salah’s role at Liverpool reducing Islamaphobia and the lack of black coaches triggers a conversation between Pogba and France boss Didier Deschamps. 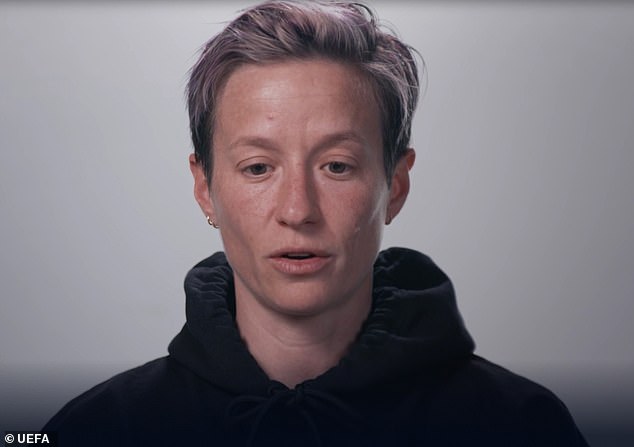 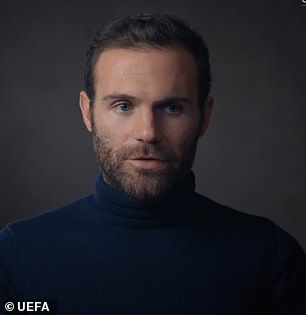 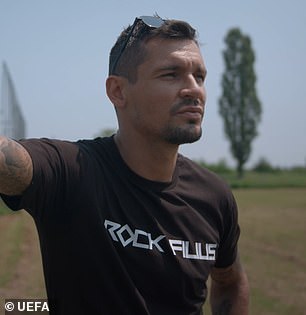 Juan Mata (L) and Dejan Lovren (R) are other players who appear in ‘Outraged’, released today

‘Outraged’ is free to view on UEFA.tv now