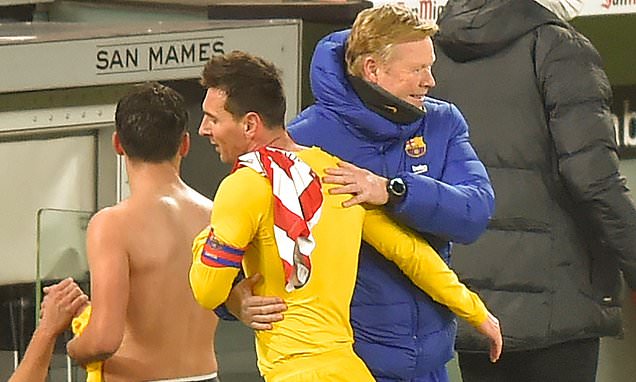 Ronald Koeman delighted with Barcelona’s comeback win over Athletic Bilbao as he heaps praise on goalscorers Lionel Messi and Pedri and insists: ‘That’s the way we need to continue’

Barcelona coach Ronald Koeman was glowing with pride after his side’s 3-2 win over Athletic Bilbao on Wednesday and said the performance was a benchmark for the remainder of the season.

Barca fell behind in the third minute on an Inaki Williams goal during a counterattack but responded emphatically with goals from Pedri and a resurgent Lionel Messi either side of half-time before Iker Muniain struck late for the hosts.

‘That’s the way we need to continue. I felt like we controlled the game the whole time and there were barely any dips in our play,’ Koeman told a news conference. 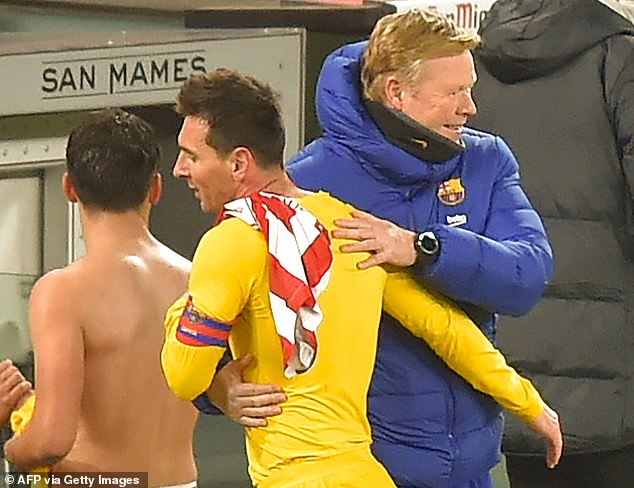 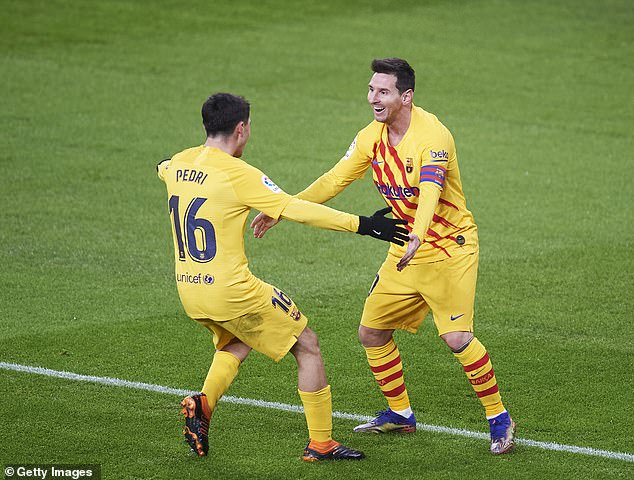 The win lifted Barca into third place in the standings and led Koeman to reassess previous pessimistic comments about his side’s faint chances of catching leaders Atletico Madrid, who lead the Catalans by seven points with two games in hand.

‘The title race is still open because the season is very long. There can be injuries, teams can have downturns and a side that looks very good can end up struggling,’ he said.

The Dutchman also praised Messi, who produced arguably his best performance of the season and was unlucky not to grab a hat trick. 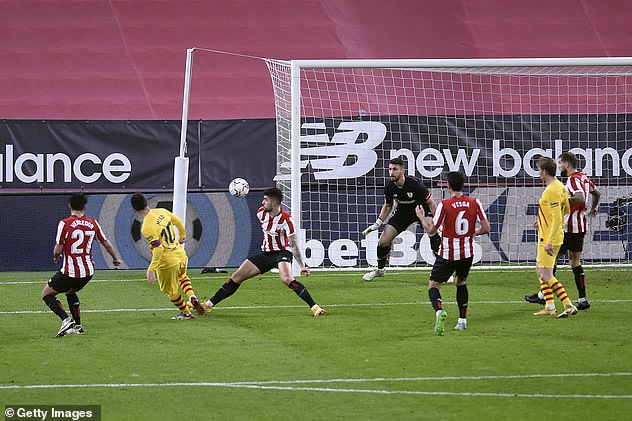 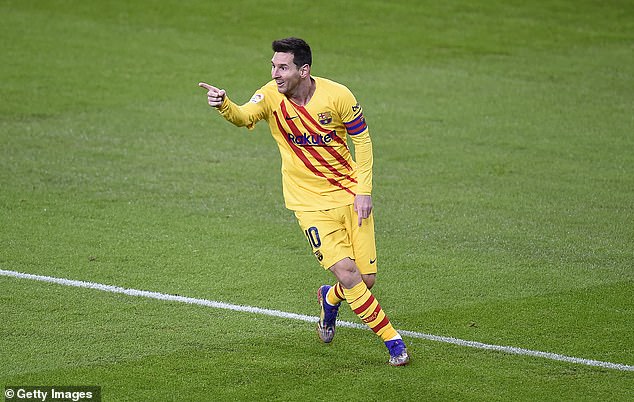 The Barca captain has had a relatively poor season by his own standards but his scores took him on to nine goals for the campaign, making him the joint top scorer in La Liga.

‘Messi has given everything since day one, he has spent so many years at the very top level but it seems that now he has become even more effective,’ Koeman said.

‘He has always shown us his skill and his commitment but today he gave us his goals too.’

On 18-year-old playmaker Pedri, Koeman added: ‘He plays with so much maturity despite his age and most importantly he uses his head.’